Fire unions fall in behind Dean Black in HD 15 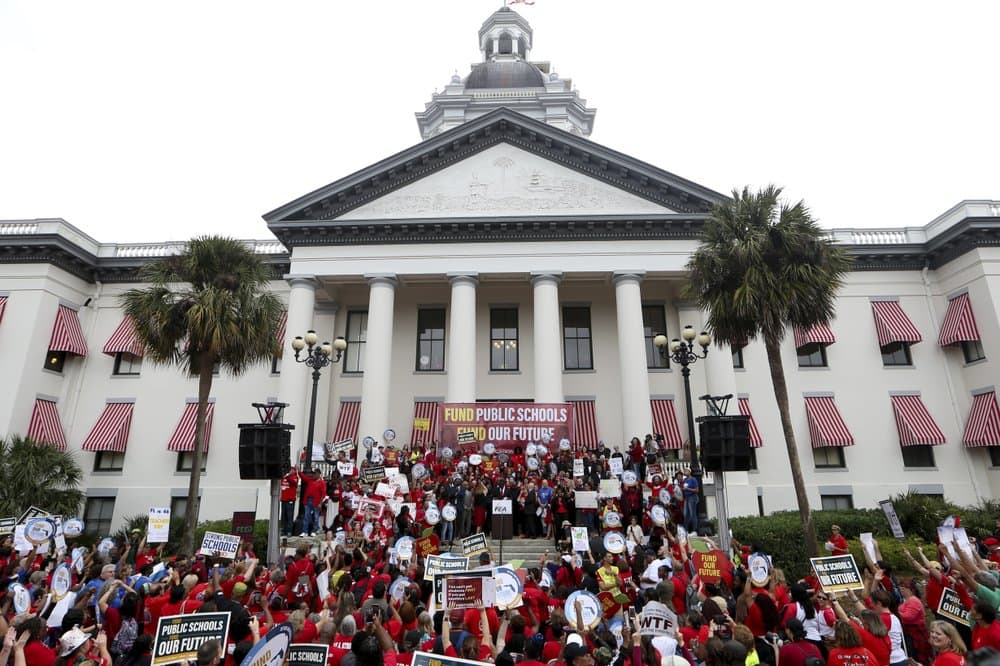 Democrats argued the bill may unconstitutionally discriminate on the basis of sex.

Legislation asking public employees to opt into unions, which some critics call a “union-busting” measure, is back this Session and moving through the committee process.

The bills (SB 1458, HB 1197) would require public employees to sign a member authorization form every year to maintain union membership. Members also couldn’t opt to have union dues deducted from their salaries.

Union members would have to attest the decision to join was voluntary and that they know they have the right to not join a union. Unions also couldn’t ask members to state a reason why they file to leave a union.

Despite opposition from Democrats, Longwood Republican Rep. Scott Plakon and Neptune Beach Republican Rep. Cord Byrd shepherded the House bill through the Government Operations Subcommittee. Plakon, who has repeatedly backed union reform bills, told the committee the effort was to modernize the state’s laws around unions and union dues. But that did little to satisfy Democrats and dozens of teachers and others who testified against the measure.

Additionally, the measure specifically carves out police officers, firefighters, correctional officers and probation officers as well as their unions. Democrats noted those are male-dominated fields that, politically, skew toward Republicans.

Members like Smith and Gainesville Democratic Rep. Yvonne Hayes Hinson were concerned that female-dominated unions, like teachers or nurses unions, would have to meet the bill’s requirements while the bill specifically excludes four male-dominated professions. Excluding male-dominated fields, they feared, might violate the equal protection clause of the 14th amendment.

“Yeah, I’m going there. I see your look,” Hinson said. “This could be a violation of the equal protection clause of the 14th amendment, and it creates a disparate impact. Why are we willing to open ourselves up to potential lawsuits for this issue?”

However, Plakon said state courts, like in Wisconsin, have previously allowed states to treat some unions with different policies.

“The idea that it may treat a gender or something differently, I would reject that, and the courts have too,” Plakon said.

Unions with less than 50% of eligible members in the union would have to recertify as the recognized collective bargaining agent, effectively canceling the existing union contract.

“It’s so much harder to get back to where you were when your contract goes away,” said a spokesman for the American Federation of State, County and Municipal Employees, one of the state’s largest public sector unions.

The 50% rule has been in place for K-12 teachers since 2018, Plakon said. Some union members have privately admitted the threshold has helped raise teachers’ unions to that mark, he continued, naming the union in Seminole County.

The bill next heads to the House State Administration & Technology Appropriations Subcommittee, its second of three committee stops. On the Senate side, where Ocala Republican Sen. Dennis Baxley is carrying the measure, the bill still awaits its first of three committee hearings. The first will be in the Senate Judiciary Committee.

If approved, the measure would take effect July 1.