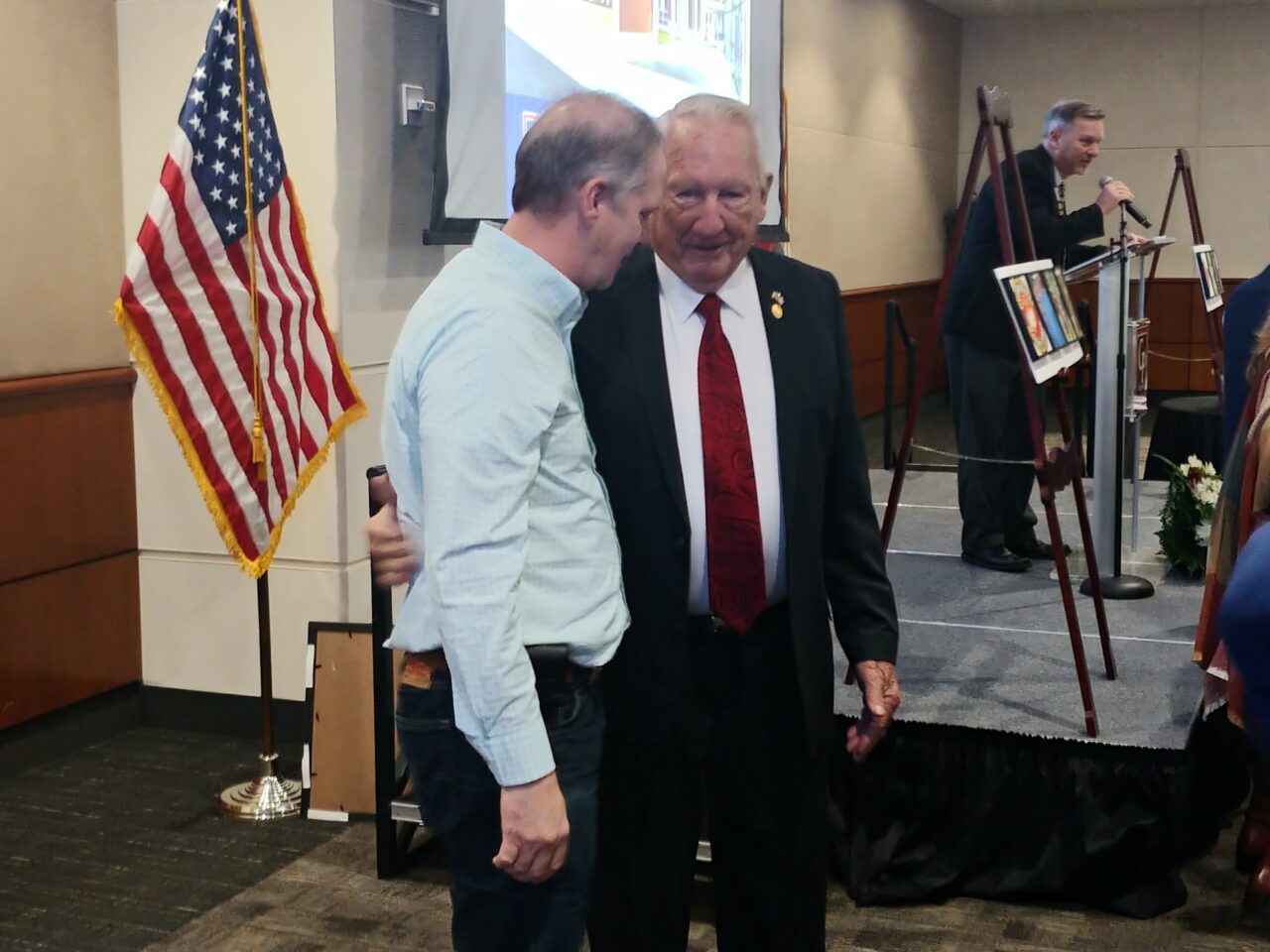 'Charlie Dean is a tremendous example of a great American.'

It was 1962 and a young Charlie Dean was trying to find his footing in life.

The son of Citrus County’s Sheriff, Dean had graduated from Citrus High School and attended Florida State University, but it didn’t work out well.

He joined the Marines and, after fulfilling his commitment, gave higher education another try. This time he attended Central Florida Community College in Ocala — now College of Central Florida — where he would earn an associate’s degree.

He followed that with a bachelor’s at Florida State, then a master’s at Rollins College.

On Friday, those dominoes came full circle at the Lecanto campus with the naming of the Charles S. Dean Sr. Educational Center and a $1 million scholarship endowment in Dean’s name to the college from the Citrus County Hospital Board.

The endowment will be used to provide financial assistance to Citrus County residents attending CF for health care-related fields.

College and hospital board officials were on hand, as was Dean’s family and about 100 Citrus County political and community leaders, plus Senate President Wilton Simpson and Rep. Ralph Massullo.

“You’ve been high on my books since my first day on the job,” CF President Jim Henningsen told Dean.

Hospital Board Chairwoman Debbie Ressler said Dean was instrumental in helping move Citrus Memorial Hospital in Inverness along from a tax-supported public hospital to one now leased to Hospital Corporation of America with no tax support.

The result of that lease is millions of dollars available for health-related programs throughout Citrus County.

“Today is a hallmark day,” she said. “Charlie Dean is a tremendous example of a great American.”

“I only have it because Charlie Dean gave me a chance,” Tyson said.

“This day should be an example to every student who walks through these doors,” he said.

Dean, 82, was emotional with the recognition.

“It’s humbling,” he said. “At the same time, this was one of the greatest experiences in my life.”

nextDivided no more? Court opening may draw Democrats together