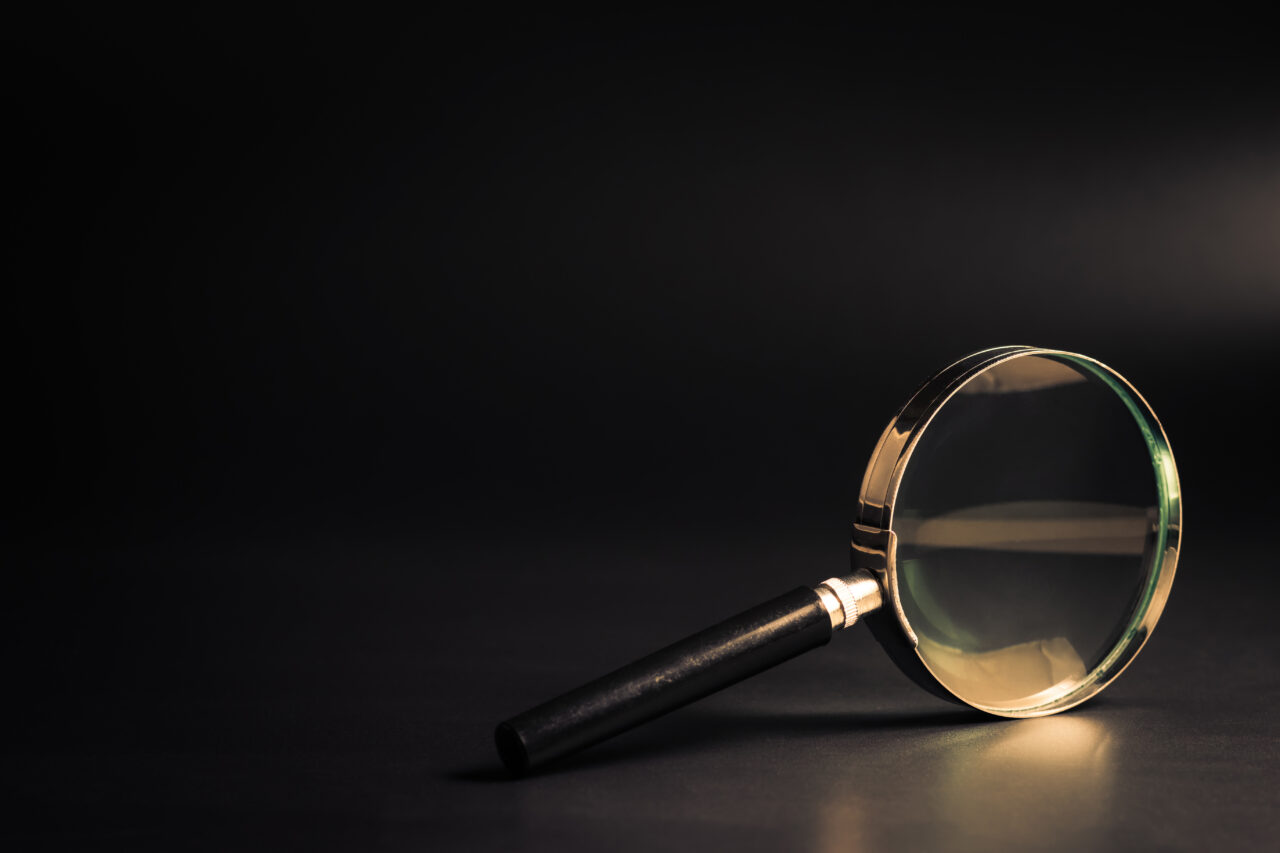 It's worthwhile to review what transpired Wednesday during the debate about SB 2058.

With the Governor’s Office taking a position against SB 2508, it’s worthwhile to review what transpired Wednesday during the debate about this legislation.

Yesterday, the Senate Appropriations Committee took up SB 2058, which drew significant attention from the Southwest Florida-based non-profit Captains for Clean Water. The organization boasts hundreds of thousands of followers on social media, a history of public appearances with Gov. Ron DeSantis, and the ability to easily mobilize in the halls of Tallahassee and Washington during debates over water quality and Everglades Restoration.

Following the Senate bill’s recent introduction, the group organized a trip to Tallahassee involving fishing boat captains from across Florida in an effort to lobby the Senate Appropriations Committee to oppose the bill. During the meeting, each of the speakers identifying as members of the Captains spoke in opposition to the bill.

The effort, at least for a day, failed, and the bill passed on a 16-4 bipartisan vote.

The Governor’s Office has since released a “Statement of Administration Policy” that says SB 2058 “is being rammed through the budget process, short circuiting public engagement and leaving affected agencies in the dark.”

Thank you, Governor, for raising the issue of “public engagement.”

During the committee meeting, Chairwoman Kathleen Passidomo raised questions about the finances behind the Captains, and whether they take money and direction from the Everglades Foundation.

A more thorough review of the organization’s records found a complicated network involving long-standing financial links to the Everglades Foundation, a leadership role for the current Chairman of the South Florida Water Management District (SFWMD) Governing Board, and a timely connection to the Foundation’s chief executive.

According to a 2017 report from the Fort Myers News-Press, the report noted, “Before the (Everglades Foundation) hands out money to other groups like the Florida chapters of Audubon and the Sierra Club, they must agree to participate in weekly call-ins to coordinate efforts.”

The Captains’ most recent IRS records available date back to 2019.

During his comments, Goss indicated he was in Tallahassee in his capacity as SFWMD Governing Board Chair.

Florida Politics reached out to Goss for clarification on why he was in Tallahassee and whether his role with the Captains posed a conflict of interest. Goss could not be reached for comment, presumably because he was traveling.

Some Senators took issue with Goss, chair of the SFWMD, for expressing “concerns” with the bill but didn’t specify what areas needed to be changed.

“I don’t want to negotiate the bill with you right here,” Goss said.

During his public comments, Goss did not disclose his position with Captains for Clean Water, which had several members in attendance. According to the Captains’ website, Goss serves as the organization’s treasurer.

Despite Andrews’ attempt to distance his organization from the Everglades Foundation, which was founded by Palm Beach billionaire hedge fund manager Paul Tudor Jones, an Instagram screenshot obtained by Florida Politics shows clear coordination prior to Wednesday’s meeting between members of the Captains and Eric Eikenberg, the CEO of the Everglades Foundation. 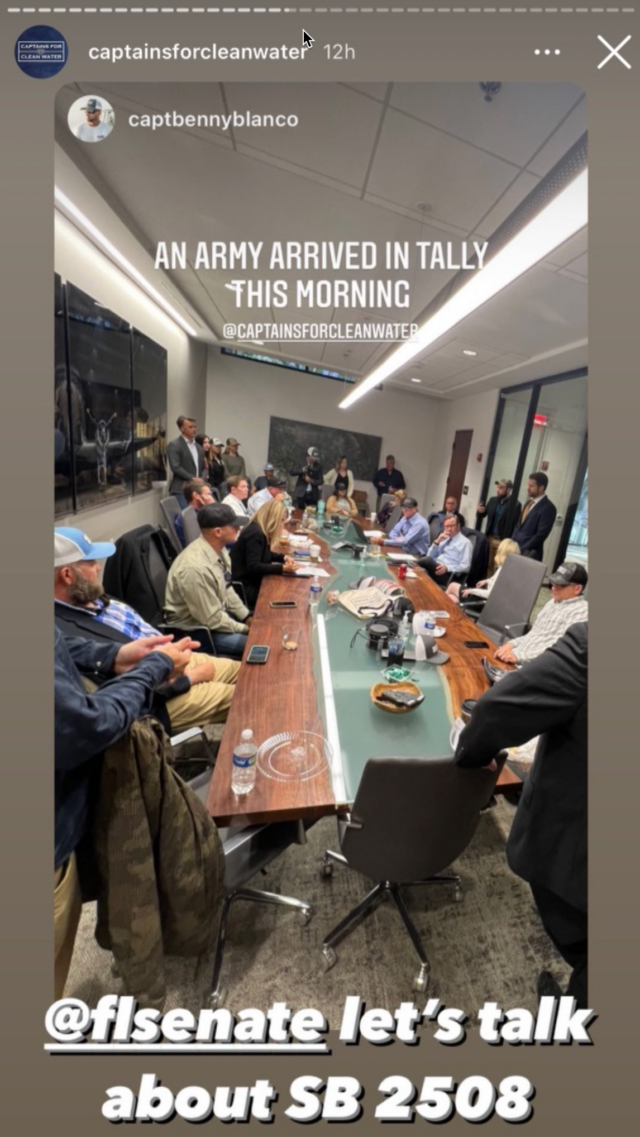 The picture of the Tallahassee meeting was posted earlier on Wednesday by South Florida fishing guide Benny Blanco.

Of course, with the Governor coming out so forcefully against the legislation, maybe the Captains won’t have to return to Tallahassee any time soon.