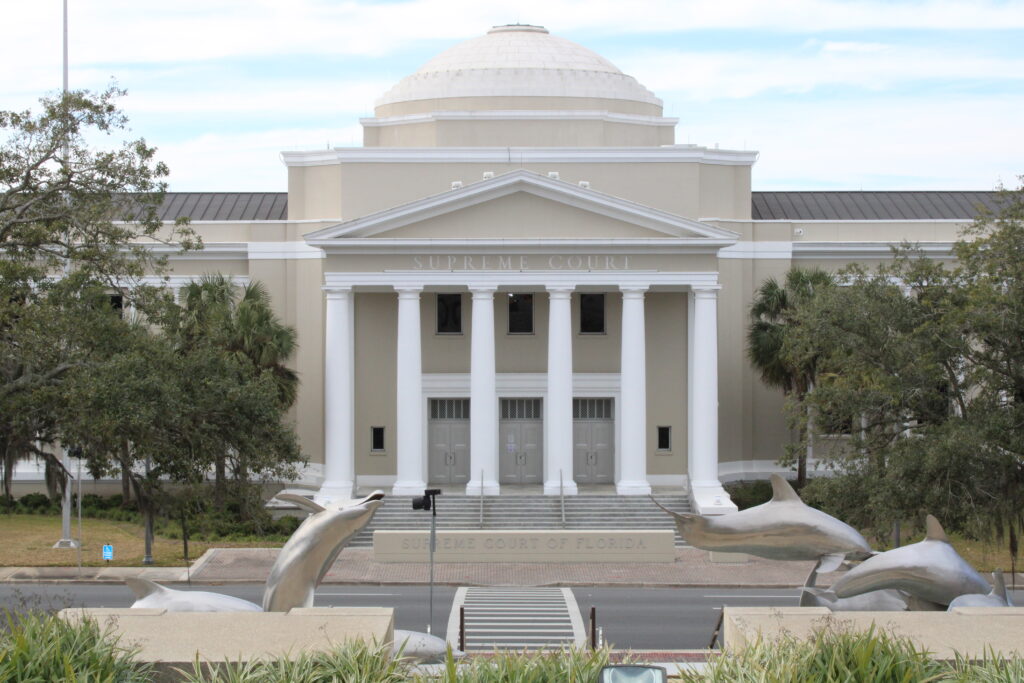 We can only hope that the openness and transparency he has created will remain.

When Craig Waters took a job as a staff attorney for Supreme Court Justice Rosemary Barkett some 35 years ago, the court was struggling to recover from a series of scandals that saw three justices threatened with impeachment. One of their numbers died while a fugitive from drug smuggling charges.

It was a court struggling to regain its reputation. They had their work cut out for them.

In the past, the court often tried to hide its problems, but in 1994 then-Chief Justice Gerald Kogan made Waters his staff attorney and created the office of public information at the court. Kogan created the position and got Waters to join him in an effort to make more of the court’s information public.

In the early days of his work at the court, they released written opinions once a week, making them available at 10 a.m. every Thursday. Reporters for various newspapers and broadcasters had to pick them up at the court and spend $1 per page if they needed documents from any individual case.

It was expensive and cumbersome to get information.

Waters had been a reporter for the Pensacola News Journal and came to Tallahassee to work for Gannett newspapers when he decided to go to law school. After graduation, he worked for a Miami law firm headed by First Amendment expert Parker Thompson before accepting an offer to work at the Court.

This week, Waters was honored by the Court and the First Amendment Foundation for his groundbreaking use of the internet and video technology to open the workings of the court and the entire state court system.

“No one in this state has done more to open up justice in Florida to the public than Craig Waters,’’ said Pamela Marsh, executive director at the Foundation. “He has dedicated his entire career to the public’s free access to the judicial system and its records. Craig has been an advocate for everything we stand for.’’

The court justices, past and present, joined a bevy of lawyers, news reporters who covered the Court over the past 35 years and other friends to say farewell. Waters is retiring from the court at the end of this month. He plans to spend some time traveling and writing and has been urged to turn his love of Florida places into a travel book about the unique places in the state.

In 1994, Waters established the Supreme Court’s first website at a time when very few public records could be accessed on computers anywhere. Three years later he organized statewide television broadcasts of oral arguments before the court.

In 2000 with the Florida courts in a worldwide spotlight after a presidential election hinged on recounts of the Florida vote, he found himself dealing with reporters from everywhere in the world.

One minute a Japanese television crew was setting up a tent on the court’s front lawn as television stations from everywhere descended on the state Capitol for 36 days before the U.S. Supreme Court halted recounts, making George W. Bush President over opponent Al Gore by the smallest of margins.

Lawsuits were flying. Tallahassee lawyer Barry Richard, representing Bush, had 23 separate briefcases ready as he raced from one courthouse to another defending the man who would become the next president.

Facing an army of reporters on the court’s front porch each time a new opinion was issued, Waters came up with a way to post the decisions on the court’s website, inviting all to see them at the same time. It was a groundbreaking move.

In 2009, Waters took the court’s news into the world of social media, opening up a Facebook page for court information and live broadcasts of court proceedings.

All of that openness has led the court out of the scandals of the past and into predictable stability.

These days the court routinely posts the pleadings in court cases as well as the decisions the judges make.

Indexes are easily searchable and records are free and easy to obtain and print on any home or office computer in the world.

It is a phenomenal change.

Chief Justice Charles Canady praised Waters’ “absolute commitment to serve the public’’ at a courthouse ceremony Tuesday, saying the court would not be where it is today without him.

That is an understatement.

We will all miss Waters. And we can only hope that the openness and transparency he has created will remain.

Former newspaper reporter Paul Flemming has been appointed to replace Waters. Flemming is the current director of communications for the Office of the State Courts Administrator so he knows his way around the courts.

Those of us who depend on access to information hope Flemming and the justices serving now and in the future can keep the doors open for all to see what they are doing.

Our democracy depends on it.