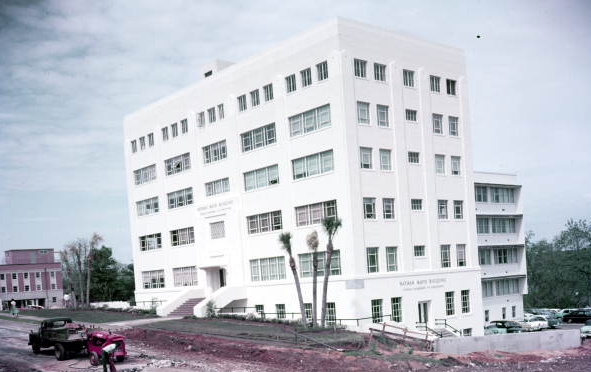 'The cost to renovate or rebuild the Mayo Building would likely exceed the cost to construct a new office building.'

Department of Agriculture and Consumer Services (DACS) employees working in the Nathan Mayo Building would move to new offices under a provision in the House budget.

The House spending plan (HB 5001) requires the Department of Management Services (DMS) to issue a competitive bid for office space to move 272 employees in the Mayo building, located one block from the Capitol in Tallahassee at the corner of Pensacola Street and Calhoun Street.

House leaders believe the move will save the state money, as the building is 85 years old and experiencing chronic leaks, “structural deficiencies” and electrical problems that lead to costly repairs. The House also proposes building a new structure to house DACS employees for the long term.

“As one of the oldest state office buildings in Tallahassee dating back to the 1930s, continued degradation of the exterior facade has contributed to increasing areas of water intrusion and structural decay,” Jenna Sarkissian, spokeswoman for House Speaker Chris Sprowls, wrote in an email. “The cost to renovate or rebuild the Mayo Building would likely exceed the cost to construct a new office building on state-owned land in the Capitol Center Office Complex.”

Agriculture Commissioner Nikki Fried, a Democrat who leads DACS, wasn’t told of the provision in the budget. But her department isn’t necessarily opposed to a new building. Fried spokeswoman Erin Moffet said they “don’t disagree with the assessment of the Mayo building.” But DACS, not DMS, should be the agency to search for the new office space, she said.

“While we would welcome the funding for a new building, as it is an FDACS-owned building, the Department should be consulted to make sure it is done in the most cost-efficient manner that meets the needs of the Department as well as maintains the independence and integrity of the Department’s work,” Moffet wrote in an email. “We look forward to working with both the House and the Senate during conference.”

Fried, however, won’t be in charge of DACS for all of the next fiscal year, which begins July 1 and runs to June 30, 2023. She is campaigning for the Democratic nomination for Governor and isn’t running for re-election, so a new Agriculture Commissioner will take office in January 2023 and likely would oversee any transition of the employees out of Mayo.

That new Commissioner could be Senate President Wilton Simpson, a Trilby Republican who is running to replace Fried. The provision relocating the Mayo building employees isn’t included in the Senate’s budget and will likely be part of negotiations between the chambers over the final spending plan. A spokeswoman for Simpson didn’t immediately return an email seeking comment Wednesday.

The Mayo building is named after Nathan Mayo, who served as Florida Agriculture Commissioner from 1923 to 1960.