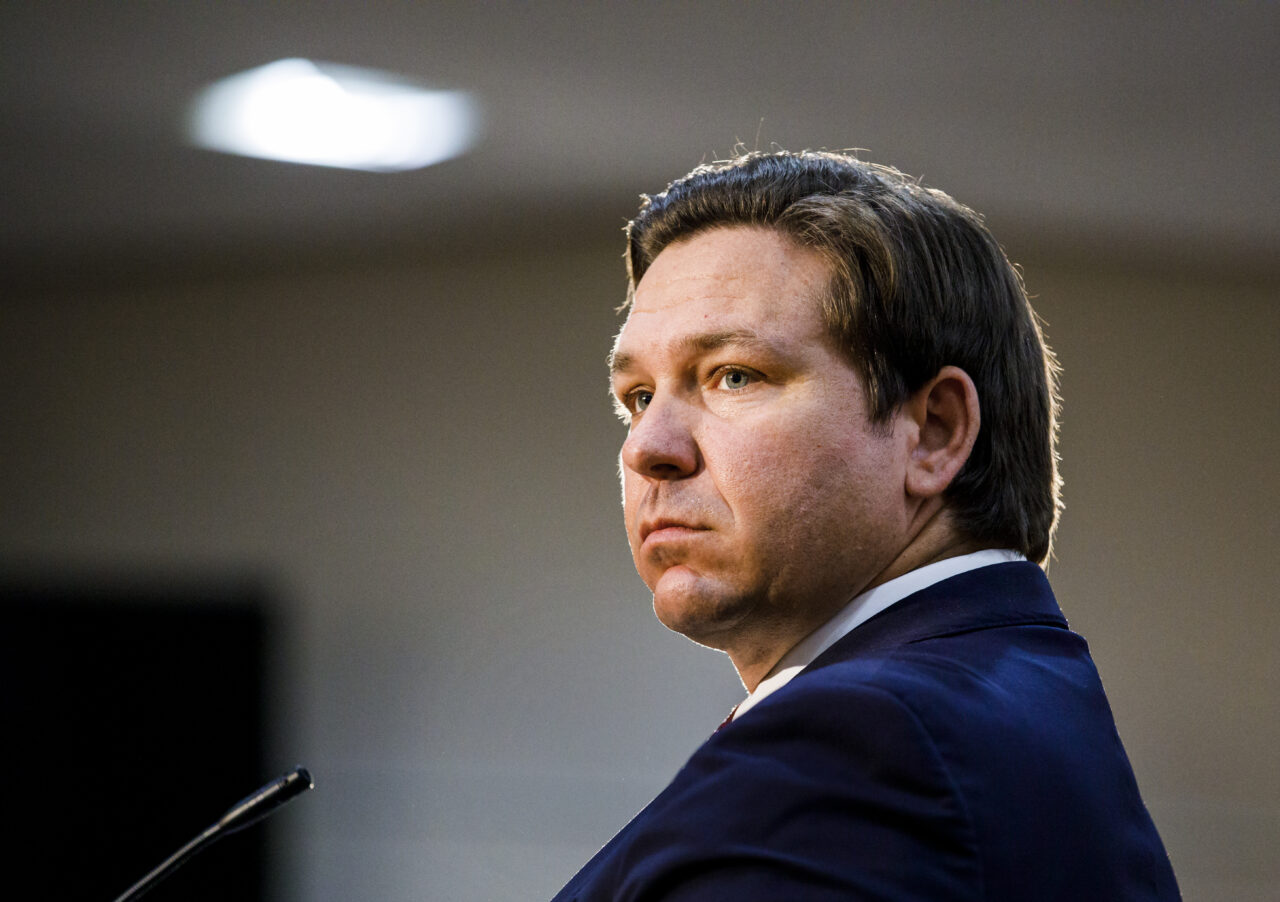 'When Trump was President, they didn't take anything.'

DeSantis said Russian President Vladimir Putin miscalculated what it would take to conquer Ukraine because Putin read too much into what the Governor said was Biden’s appearance of weakness.

After a few days of seeing news of the war — reports the Governor made sure to question because he contends a lot of what the media reports is false — he said he saw the “moxie” of Ukrainian fighters and how the whole world is “kind of coming down.” He offered his assessments Monday at a news conference in Vero Beach.

DeSantis also expressed his belief that Europe and the United States under Biden still have not done enough to dissuade Putin because they have not “hit him where it counts.” That would involve sanctions on Russia’s oil and gas, which DeSantis said haven’t been pursued because Biden has rolled back Trump’s efforts to make America more energy independent.

“This is a guy who basically is an authoritarian gas station attendant — OK? — with some legacy nuclear weapons from the old Soviet Union,” DeSantis said of Putin. “Their whole society is hollowed out except for that energy. Hit him where it counts.”

“The problem with that, with Biden,” DeSantis added, “is he has stepped on the neck of our domestic energy here in the United States.”

He said Biden should bring back the Keystone pipeline, get rid of the ban on oil production on federal lands, and welcome more domestic production, then America would be in a better position to shut off Russia’s pipelines.

DeSantis’ comments came several days after most other major American political figures had expressed unity with the Ukrainian people and condemned Putin and Russia.

DeSantis did not actually call for unity with Ukraine, nor did he condemn Russia for attacking a sovereign democracy, though he did ridicule Putin for making missteps. He said the Russian forces went in “half-heartedly” with a lack of overwhelming force and a lack of daring.

He did not comment on whether Florida might have a response, as Agriculture Commissioner Nikki Fried had urged the state to divest its assets invested in Russian-controlled entities. Fried is a Democrat looking to challenge DeSantis in the gubernatorial contest this year.

DeSantis also lavished praise on Trump, at least as a comparison to Democrats, saying that Trump prevented aggression from Putin while neither Biden nor President Barack Obama did so.

“When Obama was President, Putin took Crimea. When Trump was President, they didn’t take anything. And now Biden’s President and they’re rolling into Ukraine,” DeSantis said.

The Governor said when Biden oversaw a “total catastrophe” with his withdrawal from Afghanistan last August he emboldened Putin and also probably emboldened America’s adversaries in China and Iran.

“The weakness has bred a lot of the disorder that we’re seeing right now,” DeSantis said.