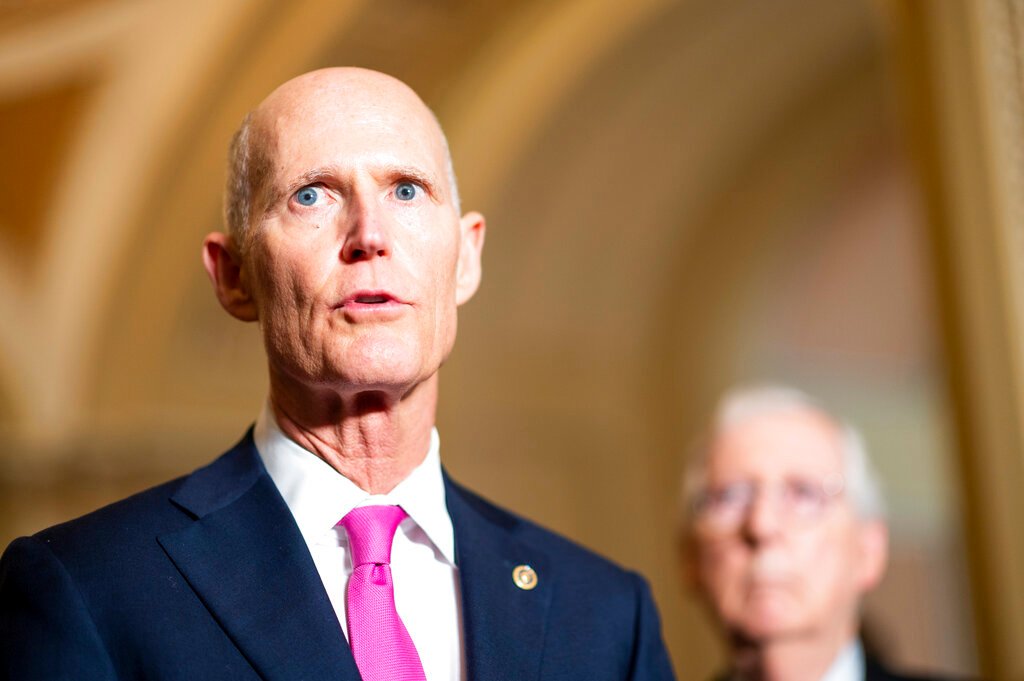 Scott's plan 'will not be part of our agenda.'

Sen. Mitch McConnell, the Minority Leader, was asked about Scott’s 11-point plan to “rescue America” and its controversial provisions. McConnell did not hold back in divorcing the caucus from Scott’s agenda and said he expected to continue in leadership.

“Sen. Scott is behind me, and he can address the issue of his particular measure,” McConnell said.

“If we’re fortunate enough to have the majority next year, I’ll be the Majority Leader,” McConnell added. “I’ll decide in consultation with my members what to put on the floor.”

McConnell was referring to a provision in the Scott Rescue America plan that stipulated that everyone have “skin in the game,” no matter how poor they are.

“All Americans should pay some income tax to have skin in the game, even if a small amount,” the plan states. “Currently over half of Americans pay no income tax.”

The sunset language, meanwhile, referred to this language spotlighted by New York Magazine: “All federal legislation sunsets in 5 years. If a law is worth keeping, Congress can pass it again.”

Scott has spent over a million dollars on a national ad buy, seemingly strategically timed as he leads the National Republican Senatorial Committee amid rumors that former President Donald Trump wants Scott to supplant “Old Crow” McConnell as caucus leader.

For now, McConnell clearly is maintaining his perch atop the GOP Senate.

If we get a comment, we will update. But for now, Scott’s tweet spotlighting the plan, which came after the press conference with McConnell, will have to stand.

My Rescue America plan starts with a few simple ideas. Every child in every school should:

1. Say the Pledge of Allegiance
2. Stand for the National Anthem
3. Learn that America is the GREATEST countryhttps://t.co/CwdJI67Y0H pic.twitter.com/ROxbDmrn1F

previousJorge Landa: Why the dental carve-out works for Florida