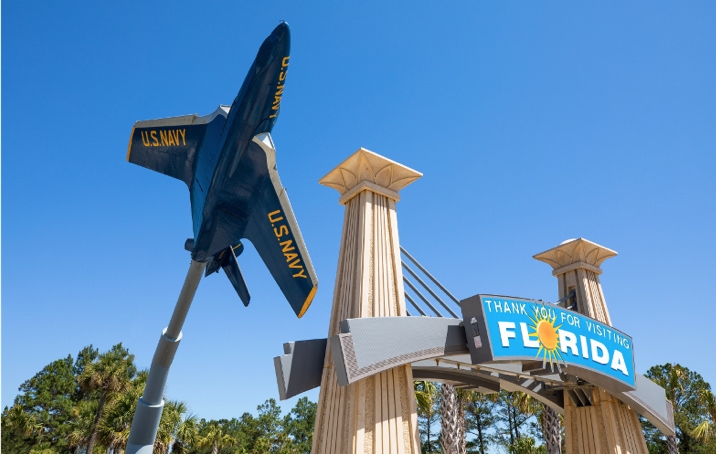 That finalizes an agreement made last week.

The Legislature has voted to extend the state’s tourism marketing arm five years, completing an agreement reached between the House and Senate.

Senators initially had voted to extend VISIT FLORIDA until Oct. 1, 2031. However, after the House on Wednesday approved a five-year extension, the Senate voted 36-3 Tuesday to carry the embattled agency to Oct. 1, 2028.

“I checked with (VISIT FLORIDA CEO Dana) Young, and while obviously she would’ve preferred eight years, as would I, five is better than one,” said Wednesday.

“Florida’s tourism industry is a key driver of the state’s $1.23 trillion economy, and VISIT FLORIDA is a natural partner as we work to become the 10th largest economy in the world by 2030. The Florida Chamber and Florida’s business community commends the Florida Legislature and bill sponsors Rep. Linda Chaney and Sen. Ed Hooper for their leadership in supporting marketing our tourism industry and the thousands of local jobs it supports.”

The Senate originally passed the bill to extend VISIT Florida to 2031 by a 36-1 vote on Feb. 3. The House amended it to reduce it to 2028 and passed it 98-17 on Wednesday, with 15 Republicans voting against it.

On Tuesday, Republican Sens. Manny Díaz and Ray Rodrigues voted against the House amendment, as did Democratic Sen. Gary Farmer. Díaz had voted against the bill last month, and while Rodrigues was recorded in favor of the bill on the initial vote, he submitted a note indicating his intent to vote “nay.”

Farmer’s vote against the measure on Tuesday appeared to be tied to the House’s change. He voted in favor of the bill last month and was the only Senator to question Hooper Tuesday about the House amendment.

House leaders in 2017 attempted to eliminate the program, with then-House Speaker Richard Corcoran insisting it was “corporate welfare,” but the move never passed the Senate. Transparency reforms, however, were passed to ensure VISIT FLORIDA contracts were made public.

Lawmakers also reached an agreement on how to fund the agency. House and Senate budget negotiators agreed on spending $50 million on the agency. Senate appropriators wanted to make that recurring funding but ultimately agreed to the House’s position to keep the funds on a one-time basis.

nextHouse amends specialty plates bill, sends it back to Senate