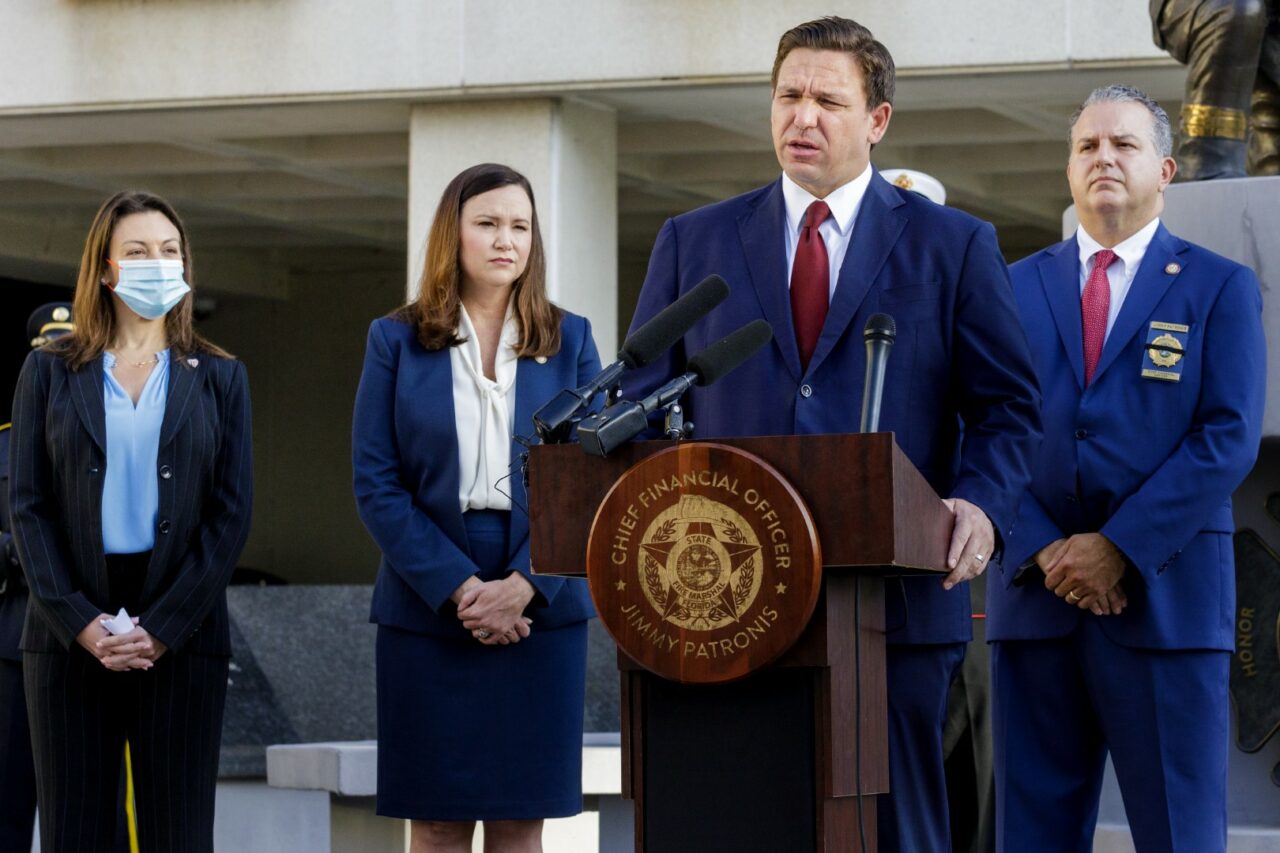 'We don't believe in COVID theater.'

While a federal face mask mandate for public transportation hubs is set to expire in less than a month, Republican Gov. Ron DeSantis on Tuesday announced that the state has filed a lawsuit against the feds to block the requirement immediately.

The defendants include the federal Centers for Disease Control and Prevention, CDC director Rochelle Walensky and other CDC officials, and officials at several U.S. agencies and departments.

Florida Attorney General Ashley Moody, also a Republican, spoke at a news conference in Tallahassee. She filed the complaint. Both Republicans have pushed back against the Joe Biden administration’s directive to continue the mask requirement on public transportation hubs, such as airplanes, buses, and trains.

“In Florida, we have been very clear that we want people to be able to make their own decisions. We don’t believe in COVID theater and you do see lingering elements of that,” DeSantis said.

“Although even some of the most restrictive states are starting to repeal vaccine passports, and some of these mandates. You still have this federal rule that was just extended, forcing people to wear masks on airplanes. And it’s not something that’s grounded in any science.”

According to the U.S. Department of Transportation, the Transportation Security Administration (TSA) extended the current mask mandate through April 18. Among other safety measures, masks were required for people to travel to prevent outbreaks earlier during the COVID-19 pandemic.

Still, the pandemic is not over, with a newer more-catchable COVID variant, identified as BA.2, already detected in Florida and elsewhere, according to the CDC. BA.2 is a subvariant of omicron.

The mask order was set to expire on March 18 but then was extended to allow time for the agency to work with the federal Centers for Disease and Prevention “to help inform a revised policy framework for when, and under what circumstances, masks should be required in the public transportation corridor.”

With that said, Florida is seeking to permanently remove mask mandates on public transportation and declare the mask mandate as “unlawful,” according to the complaint filed Tuesday.

The complaint states that the federal mask mandate involves people “traveling on conveyances into and within the United States” and the rule “requires masks at transportation hubs.”

“This order is completely outside the bounds of the scope of federal power, as we have argued successfully in numerous other cases. The CDC and the federal government and the Biden administration never had the power to issue this order originally.”

Moody argued at the press conference that passengers on public transportation hubs are “frustrated” over the mask requirement and “taking it out on the employees that are charged with enforcing this rule.”

She said: “And now we are seeing that almost 75% of these unruly, sometimes violent incidents are based on this unlawful mask mandate.”

The federal enforcement of masks conflicts with state law, “which prohibits public schools from requiring a student to wear a face mask, including while traveling on school conveyances,” the complaint says.

However, the mandate provides an exception that allows a person to remove their mask “for certain brief periods, such as while eating or drinking, while unconscious (but not while asleep), and while wearing an oxygen mask on an airplane.”