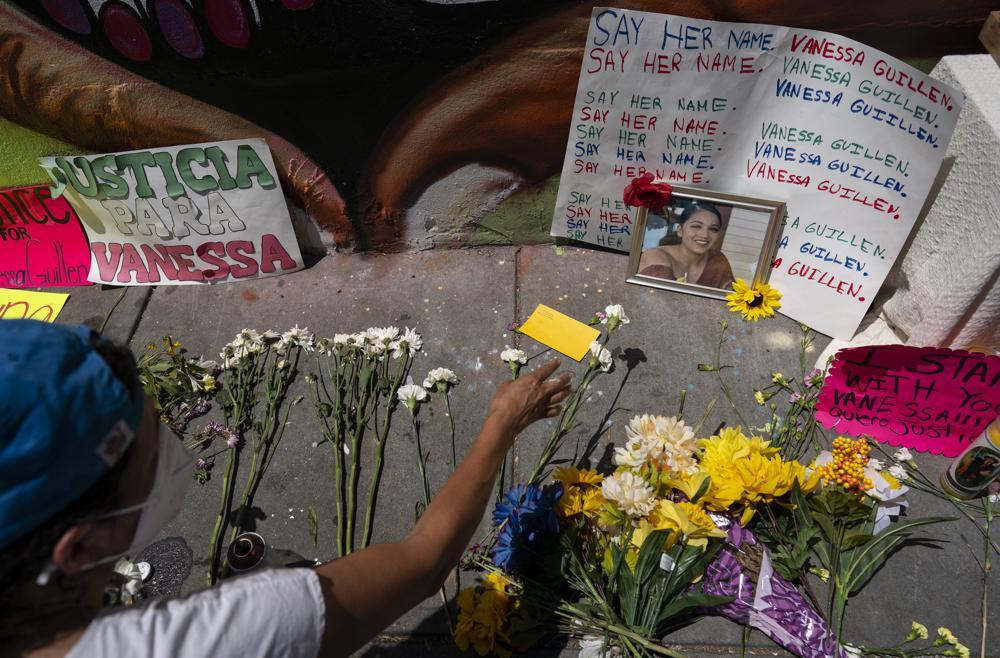 The people in charge didn't understand the problem, according to the report.

Military bases with a high risk for sexual assault, harassment and other harmful behaviors often have leaders who don’t understand violence prevention, don’t make it a priority and focus more on their mission than on their people, a Pentagon review has concluded.

The review studied 20 bases in the United States and Europe, including 18 with some of the more severe problems identified in command climate surveys. It found that the failures were worse in a number of bases in Germany and Spain where key leaders and resources weren’t on site. Senior defense officials described the report to The Associated Press on condition of anonymity to discuss the findings before the review was publicly released.

At Naval Station Rota in Spain, for example, officials said the military mission requirements “were prioritized above and at the expense of the sailors’ well-being.” They said sailors reported bullying, mental health issues, sexual harassment and relationship problems, but often could not seek help due to their mission requirements.

In one location, officials said, they found that young enlisted men were taking steps to help their female peers stay safe by keeping them away from more senior leaders who were harassing them.

Defense Secretary Lloyd Austin ordered the report as part of his effort to strengthen sexual assault and harassment prevention across the forces, identify what programs work and ensure high-risk bases get attention quickly. Austin approved the report, and in a memo obtained by the AP, said it will help the department tailor improvements for bases where needs may vary.

“While we have made progress, we must do more to strengthen the integrated capabilities we have on the ground to prevent sexual assault, harassment, suicide, domestic abuse and other harmful behaviors,” he said.

The report comes nearly two years after Army Spc. Vanessa Guillén went missing from Fort Hood, Texas, and her remains were found two months later. Guillen was killed by a soldier, who her family says sexually harassed her, and who killed himself as police sought to arrest him.

Her death and a number of other crimes, murders and suicides led to heightened scrutiny on assaults and other violence in the military, and to a series of reviews. An independent panel appointed by Austin last year made more than 80 recommendations, including specific changes to improve accountability of leadership, command climate and culture, and victim care and support.

Officials said Austin’s goal is to find effective ways to prevent harmful behavior, which includes sexual assault and harassment, suicides and domestic violence. They said this latest report is designed to pinpoint which leadership and other failures contribute to higher instances of such behavior and which prevention programs and other changes actually work.

According to the officials, 16 of the bases were selected because a command climate survey of nearly a million personnel identified problems there, which included things such as binge drinking, toxic leadership, stress, and racial or sexual harassment. While serious problems were identified at these 16 bases, the report looked at a variety of factors for each location and doesn’t specifically characterize them as the worst in the military.

Two other bases were chosen because the survey showed good results, such as high morale, inclusion and good leadership. Two others had a mix of both high-performing and problem units.

The officials said that while in many cases leaders had a genuine desire to prevent violence, there was a “pervasive” misunderstanding of how to do it and they often didn’t devote enough personnel or time for it or hold subordinates accountable.

And even if they understood department policies, leaders often didn’t recognize when there was a high risk for violence or harmful behavior among their people.

The last two — the Guard and Reserve bases in Kentucky and Michigan — were the ones chosen because they had less risk and more positive command climates.

As an example, the report found that at the Kentucky National Guard base leaders believed that their soldiers came first, and their “well-being was part of the mission, not an adjacent effort that was secondary.” In contrast, commanders in at the bases in Germany and Spain “tolerated harmful behaviors” and it was difficult to access resources “due to mission requirements or geographic dispersion of services.”

The report said that the changes proposed by the independent review board will help address the problems. Those improvements include establishing a dedicated prevention workforce, expanded sexual assault prevention and response programs, and better leadership. The budget for 2023 includes funding to hire additional personnel.

The report also recommends that the department establish data to help the military services share prevention and program support information, hold leaders accountable if they don’t have healthy command climates. Officials said it’s important to ensure that leaders better understand the prevention policies and programs and that service members and employees know where to go to get help.

Officials also said that there will be follow-up visits to the bases by this fall, and that similar site visits and reviews will be done every two years.

Austin is asking military service leaders for implementation plans by early June and said the department will issue more guidelines and policies by early October.

nextNo. 7 on the list of Tampa Bay’s Most Powerful Politicians: Chad Chronister