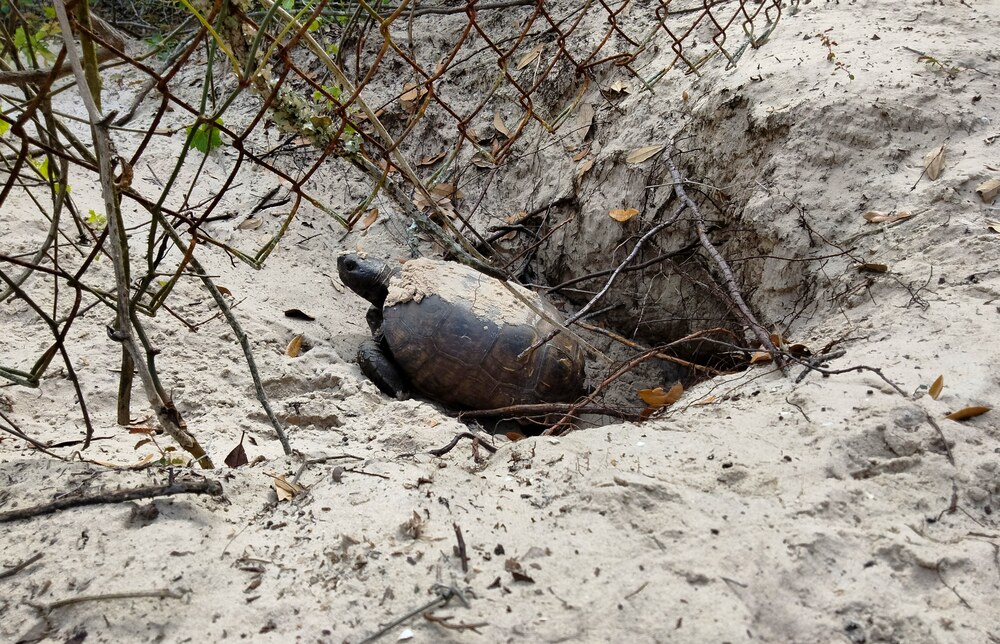 People and tortoises tend to like the same places, and that hasn’t turned out well for the tortoises.

“As far as the public side, some of the counties have already evaluated their lands, and the county reps (said at the ad hoc public lands group meeting) they were pretty much at capacity and didn’t really need any more gopher tortoises on their lands,” said Cyndi Gates at the Florida Fish and Wildlife Conservation Commission’s (FWC) recent meeting of the Gopher Tortoise Technical Assistance Group (GTTAG).

“But if they did end up having to move some gopher tortoises, they would only, for instance, take (ones from their own county) if a project came up where they needed to do relocation.”

Gopher tortoises are considered a keystone species — their burrows provide homes to more than 300 different species. Before legislators passed a state law against the practice, developers would entomb and kill tortoises in their burrows.

The state’s public-private system of relocation has been strained for a while and shows no sign of letting up. At the technical assistance group’s meeting in August, state gopher tortoise program coordinator Kate Richardson said FWC was “just trying to keep up with the unprecedented rate of development.”

In a separate but related policy issue, people representing private entities at the meeting mentioned their concern over liability for prescribed burns that may end up cooking unfortunate tortoises.

“With increasing impacts of development, increasing insurance costs and concerns about liability, that was a big issue for several of them,” said Gates, a senior land management specialist with the Southwest Florida Water Management District. “The other issue they mentioned was where we’re putting in conservation easements for recipient sites, concerns that can devalue the land, because it does put some limitations there, obviously.

“The third thing was changing and increasing costs for management and monitoring of the gopher tortoise recipient sites.”

Some private entities decided to use herbicides instead of risking violations from prescribed burns. Setting those fires on public lands isn’t a sure thing, either.

“It was noted by one of our county officials that on fire-suppressed lands, the Florida Forest Service is sometimes reluctant to issue burn permits in some of these counties, so that’s going to continue to be an ongoing process,” Gates said.

Plans are to continue these ad hoc talks, hoping to find solutions and easing the strain on the system.

nextJudge: Jury can tour Stoneman Douglas building where 17 were murdered