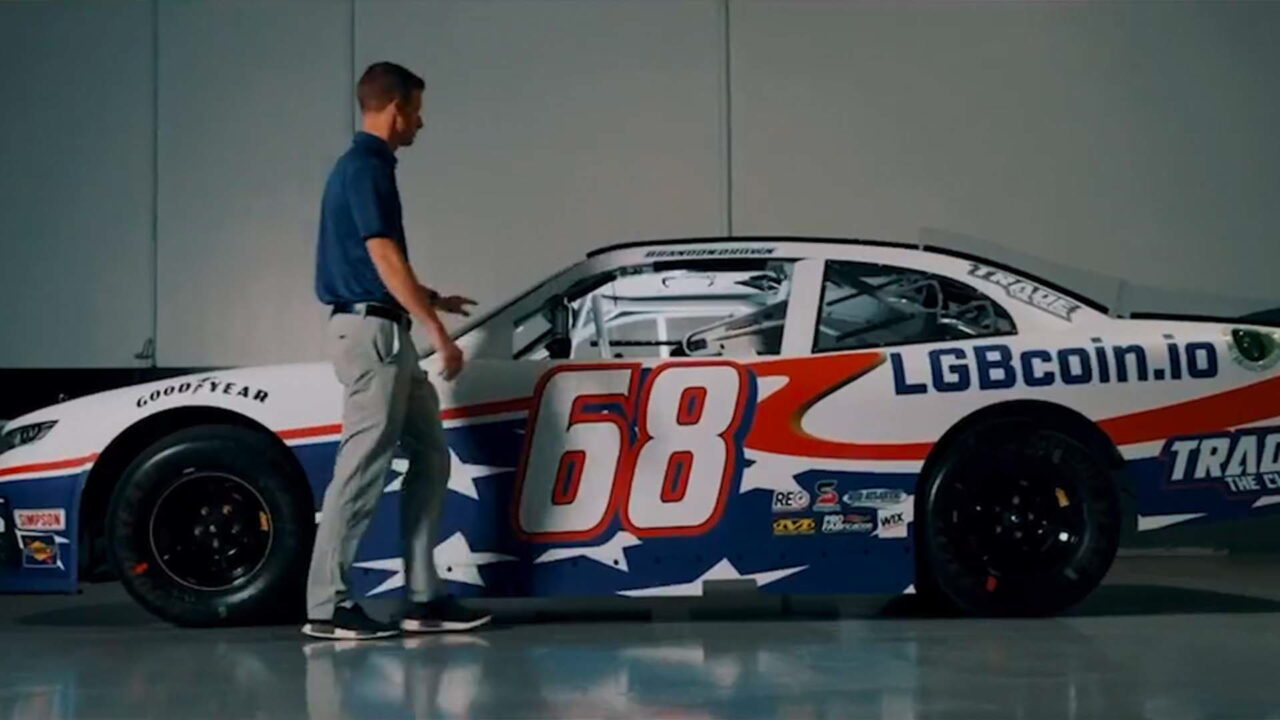 A Missouri investor is accusing a company selling “Let’s go Brandon” cryptocurrency coins of luring in unsuspecting investors by misleading them about a NASCAR sponsorship deal and celebrity endorsements, according to allegations raised in a new federal lawsuit. The digital meme coins labeled with the pro-Donald Trump rallying cry skyrocketed last year and then crashed, becoming essentially worthless.

The LGB Coin‘s leaders and others offloaded their tokens before the value plummeted and made “substantial profits,” says the lawsuit filed earlier this month in Orlando’s federal court division by Eric De Ford, of St. Louis, Mississippi, who bought the coins and lost money although the lawsuit doesn’t specify how much, and his attorney did not say.

“Retail investors in the cryptocurrency sector are being preyed upon by some individuals whose sole aim is to enrich themselves at the expense of everyone else,” said De Ford’s attorney Sean Masson in a statement to Florida Politics this week. “Whether you are talking about purportedly disruptive technology or political activism, you simply cannot mislead investors to sell your financial products. This lawsuit aims to disgorge the LGB Coin insiders of their ill-gotten gains and push back against the increasing problem of misleading celebrity promotions of digital assets.”

The website for the LGB Coins says: “Let’s Go Brandon has no intrinsic value, and you should not purchase it with any expectation that you will be able to resell it. Please do not spend money that you cannot afford.”

The company did not immediately respond to a request for comment.

The “Let’s go Brandon” political slogan — which is meant as an insult to President Joe Biden — has origin ties to NASCAR. NASCAR driver Brandon Brown was interviewed after his win in October 2021 when the crowd began chanting, “F*** Joe Biden” which the TV reporter mistakenly heard as, “Let’s go, Brandon!” It went viral.

The phrase was written on a sign James Koutoulas used for his Halloween costume and it caught Alex Mascioli’s attention, the lawsuit said.

“This needs to be a coin,” Mascioli told Koutoulas, according to the lawsuit.

“Mascioli then sought out a cryptocurrency developer ‘immediately’ to help create the LGB Token. Sometime between October 28, 2021, and November 4, 2021, all 330 trillion LGB Tokens were minted,” according to the suit. “At its height, LGB Tokens reached a market value of more than $570 million with a liquidity pool of $6.5 million.”

When the coins launched, LGB Tokens heavily promoted its relationship with Brown and NASCAR — which the lawsuit says was meant to entice investors. Republican political commentators and officials from Congressman Madison Cawthorn to Candace Owens kept highlighting the coins, too.

By the end of 2021, Brown and LGB Tokens teased a big announcement, that the company was going to be Brown’s full-season primary partner for the 2022 NASCAR Xfinity Series season. They announced the new sponsorship on Dec. 30, and the coins spiked on Jan. 1 — up 510% from their initial price, the lawsuit said.

But it was all short-lived. NASCAR later reversed its decision despite prior approval by an employee, the lawsuit said, and Brown couldn’t be sponsored by the LGB Tokens anymore. The coins’ value plummeted.

Even though the NASCAR sponsorship was not going through, both the LGB Token company leaders and Brown “continued to promote LGB Tokens to prop up the price of the LGB Tokens while NASCAR backed out of its Sponsorship approval,” the lawsuit said.

The company sent out a Jan. 7 news release that it was still offering Brown an exclusive, two-year sponsorship agreement. On its website, however, the company noted the sponsorship was contingent on NASCAR approval, the lawsuit said, which also accused NASCAR of not doing enough to distance itself from LGB Tokens.

Meanwhile, the company kept promoting its currency as the value crashed.

“On January 27, 2022, in an attempt to keep investors from selling any more LGB Tokens, the Company’s Twitter account posted, … “Sometimes you just need to have faith and HODL” which commonly means hold on for dear life, the lawsuit said.

The lawsuit, which seeks class-action status, names multiple defendants, including Koutoulas, Mascioli and other LGB Coin executives, consultants and promoters as well as NASCAR and Brown.