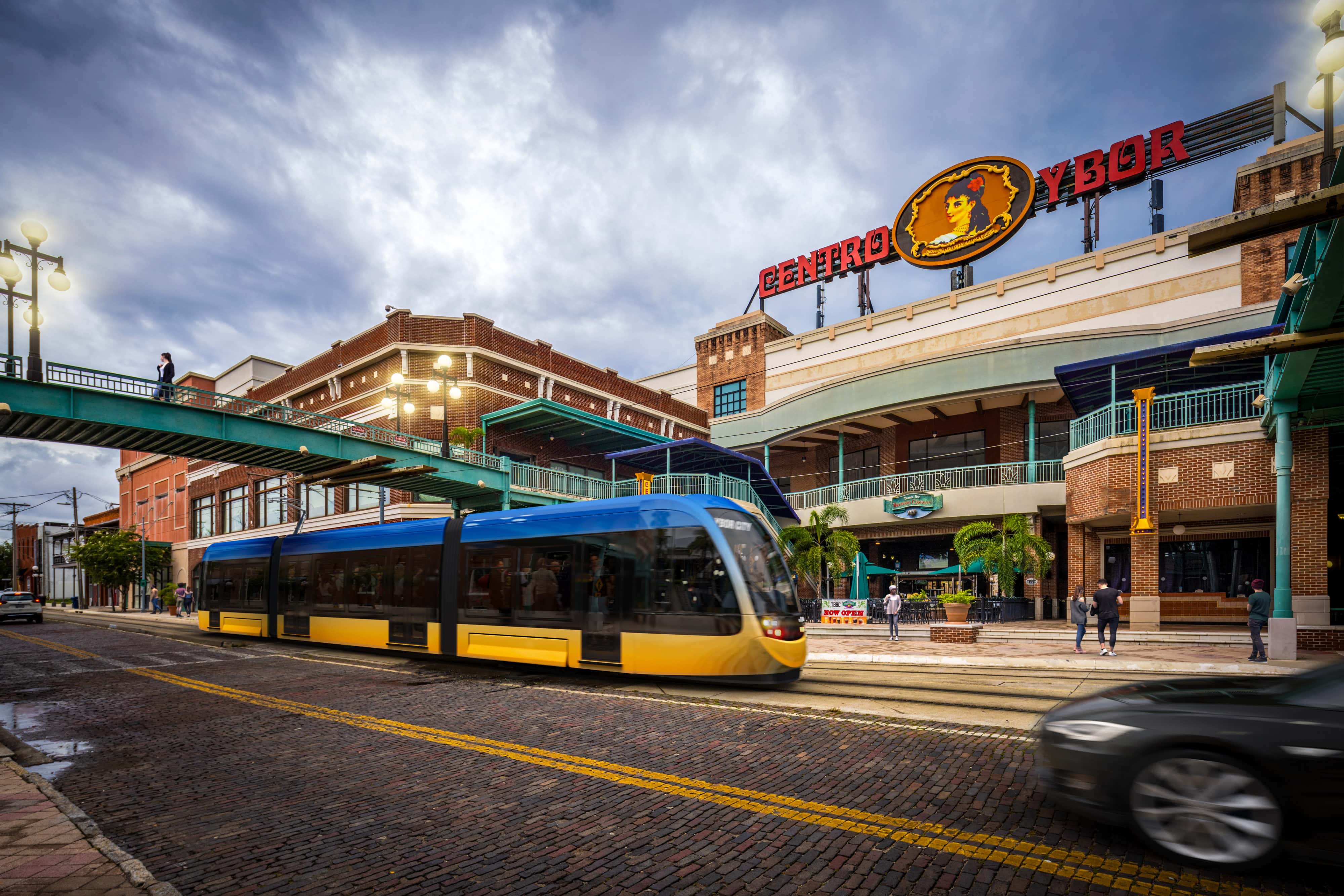 Gwen Myers said the service's success makes a case for a new All for Transportation referendum.

Only one city in the U.S. outpaces Tampa for its streetcar ridership. But that’s just for now, as far as Mayor Jane Castor is concerned.

“No. 2 only behind Kansas City,” she said of Tampa’s ridership numbers. “And we know what we did to Kansas City when they came to the Super Bowl. We’re going to do the same thing with our streetcar ridership.”

The Hillsborough Area Regional Transit Authority (HART) announced Tuesday that Tampa’s streetcar service had its busiest month in close to 20 years of service. Nearly 108,000 riders took trips on the 2.7 miles of track in March.

“Public transportation is the great link between people with neighborhoods or friends, their jobs, their medical care. It’s everything,” Hillsborough County Commissioner Pat Kemp said. “It uplifts people’s lives and connects them to others. It’s so important and vital. We have to build the strongest system we possibly can here in Tampa and Hillsborough County.”

Tampa once boasted a robust streetcar system that first ran from 1885 until the end of World War II. At one point, the yellow streetcars carried up to 24 million passengers a year across more than 50 miles of track when the system peaked in the 1920s.

In the ’80s, an effort began to revive the once prominent public transportation system. The TECO Line (then named the Heritage Line) opened in 2002. But the revived streetcar service mostly focused on shuttling tourists around nightlife spots, downtown and sporting events. Castor said the uptick in ridership marks a new era for public transportation in Tampa.

“The streetcar started out as just a solution for tourists,” she said. “Now it is a viable mode of transit and that is a very, very big deal. People are using this day to day as a mode of transit.”

HART has put some work into the streetcar system since it was relaunched. Service is now free and runs from 7 a.m. to 11 p.m. on weekdays and until 2 a.m. on Fridays and Saturdays, with service every 15 minutes. Hillsborough County Commissioner Gwen Myer said the streetcar service has proven itself and should be expanded.

In 2020, Tampa announced it received $67.3 million from the state for streetcar expansion. The project would extend the streetcar line from the Tampa Convention Center north to Palm Ave in Tampa Heights, where it would connect to other HART services. It would also help modernize existing tracks and replace existing streetcars with more modern vehicles.

But full funding for the $234 million project is still a ways off. The city could’ve gotten another $67 million in matching funds through the All for Transportation tax. But the $500 million collected from the now-defunct penny-per-dollar sales tax is still in limbo.

Myers said it’s time to bring All for Transportation back.

“This is why I’m leading the way to champion the 1% tax come November,” she said. “It is the greatest need in Hillsborough County that we fund it so then we can extend our streetcar. We’ll have better sidewalks, better road improvements, jobs, education (and) health care.”

The city also has plans to extend streetcar service to USF, east to East Tampa residential and commerce areas, and out to Westshore and the airport.