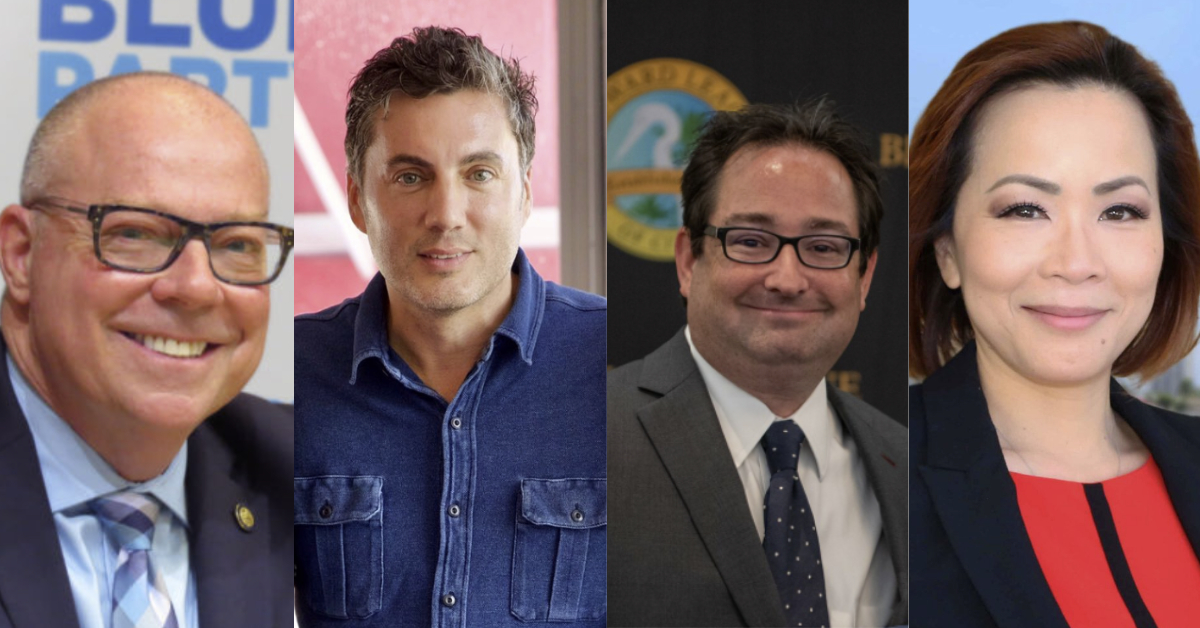 All four candidates have poured large sums of their own money into the race.

The contest to determine who will represent House District 106 this November saw its largest infusion of cash this election cycle last month, when more than $760,000 entered four candidates’ campaign coffers.

Roughly two-thirds of that sum came from the candidates themselves.

For Republican former reality TV star Fabían Basabe, who last year unsuccessfully ran for the Miami Beach Commission, all of his gains since he launched his House bid March 2 have come from his own bank account.

Basabe loaned himself $250,000, listing his profession as “full-time parent” on his campaign account’s donations ledger.

Democratic Miami Beach Commissioner David Richardson also entered the race for HD 106 with an impressive opening round of fundraising.

Richardson hauled in nearly $476,685 last month between his campaign and political committee, Floridians for Better Government PC — roughly $25,000 less than his campaign said he added.

However, the former House member’s campaign did accurately report a self-loan by Richardson of $260,000.

A significant chunk of the donations Richardson received came from the real estate, construction and hospitality sectors.

Mango’s Tropical Café, one of several bar businesses that protested a proposal last year to enact a 2 a.m. last call for alcohol sales in the South Beach Entertainment District, gave Richardson $6,000 directly and another $4,000 through four companies listed at its address.

Richardson, a forensic accountant in his private life who became Florida’s first openly gay state lawmaker to win office with his historic 2012 election to the House, spent just under $3,000 in March.

All but $1,000 of it was on fees for campaign donations platform Anedot.

Meanwhile, Democratic Bay Harbor Islands Council Member and former Mayor Jordan Leonard turned in his third-best fundraising month in March, when he amassed $32,500 between his campaign account and political committee, Americans for Florida.

Leonard received donations from several industries, including marketing and duty-free retail. But like Richardson, most of his gains came from companies in or associated with real estate.

He spent more than $13,000 last month. Of that, $5,000 went to “finance consulting” from Orlando-based Spotlight Strategies and another $5,000 went to Fort Lauderdale-based TLE Analytics for “political consulting” and a “media buy.”

Republican community leader Wena “Lynn Su” Sutjapojnukul had her best round of fundraising in months but still failed to crack the $1,000 mark.

Her campaign account shows she raised $900 in March. More than half of that came from one source: Richard Carson, associated director of medical services for Paralyzed Veterans of America.

Despite several lackluster months of fundraising, Sutjapojnukul still holds about $44,000, including more than $34,000 in self-loans. That’s roughly $7,000 less than she’s raised since entering the race in June 2021.

Sutjapojnukul spent about $600 in March, most of it on development services for her campaign website.

A first-generation American of Thai descent, “Lynn Su” is a mortgage lender in private life and has held current and past board memberships to the Miami-Dade Asian American Advisory Board, North Miami Beach Redevelopment Advisory Board and Thai-American Association.

She is also the vice president of community outreach for the National Association of Asian American Professionals’ Miami branch.

Candidates faced an April 11 deadline to report all campaign finance activity through March 31.

previousEnthusiasm grows for a different Florida map, one passed by Senators in January

nextLast Call for 4.20.22 — A prime-time read of what’s going down in Florida politics