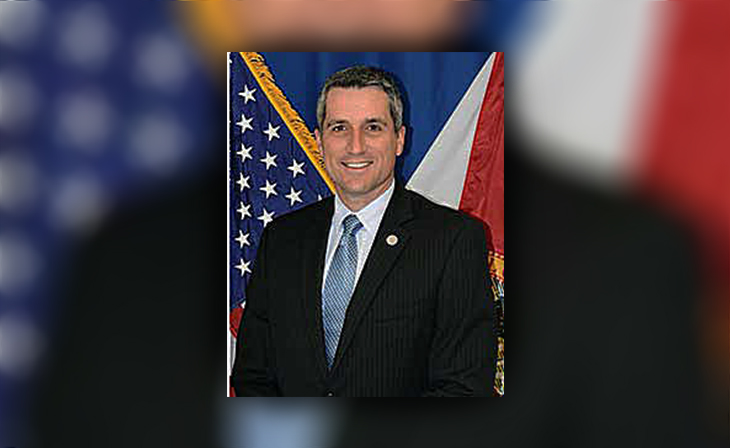 Gov. Ron DeSantis has appointed Mark Glass as acting Commissioner of the Department of Law Enforcement (FDLE), taking over the agency from Commissioner Rick Swearingen.

In a letter sent to members of the Cabinet on Friday, DeSantis announced Glass, previously the Director of Capitol Police, would fill the vacancy at the department on a provisional basis. Glass stepped into his new role Sunday as Swearingen departed FDLE after 38 years at the agency.

In his letter to the Cabinet, DeSantis wrote that he would put Glass to a confirmation as acting Commissioner if he doesn’t name a permanent appointment by the next Cabinet meeting, currently slated for June 28.

Glass has been with FDLE since 2015 and previously was the Florida Fusion Center Homeland Security representative.

“It goes without saying I am honored and humbled by this appointment,” Glass wrote in a memo to FDLE staff Friday evening.

“In the coming weeks, I will be meeting with leadership teams across the department to gain a better understanding of our agency’s immediate and future needs. In the meantime, I will be relying on each of you to keep FDLE moving forward in a positive direction,” he continued. “I look forward to meeting many of you over the upcoming days and weeks. Because of you, FDLE has an outstanding reputation and I know that will continue.”

As originally announced in late March, Swearingen’s retirement was set to happen Sept. 1, just two months before voters weigh in on the race for Governor and the three Cabinet officials that oversee FDLE. However, just three days later, Swearingen announced his last day would instead be Sunday. The outgoing Commissioner did not explain his expedited departure, only noting in his letter that the effective date “has been moved up.”

Swearingen had been in charge of FDLE for the past eight years. He ascended into the job after then-Gov. Rick Scott ousted longtime FDLE Commissioner Gerald Bailey.

Per a law approved during this year’s Legislative Session, DeSantis will have an easier time appointing a political ally to the position. Under the new law, the FDLE Commissioner can be confirmed by a majority of the Cabinet, rather than through a unanimous Cabinet vote. That blocks the ability of outgoing Agriculture Commissioner Nikki Fried — a Democrat looking to challenge DeSantis in the Governor’s race — from stonewalling the appointment.

Attorney General Ashley Moody and Chief Financial Officer Jimmy Patronis, both Republicans, round out the remainder of the Cabinet.

Fried issued a statement upon Swearingen’s retirement announcement, saying it was “no secret” that DeSantis wanted Swearingen gone, “since he was not one of the Governor’s cronies.”

Fried noted the new law in her statement, saying, “There are no coincidences when it comes to the DeSantis Administration.”

This past Session, the Legislature also made it clear that FDLE agents will work in tandem with the Department of State to investigate allegations of voter fraud.