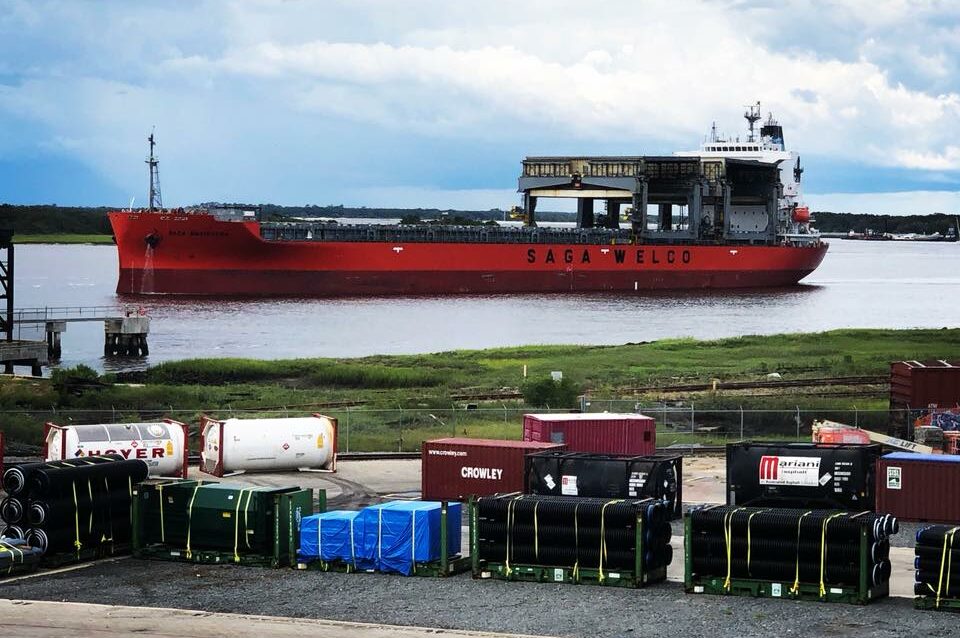 David Kaufman hasn’t started quite yet, but the Port of Fernandina’s Ocean Highway and Port Authority (OHPA) agreed to terms on his contract, bringing oversight to the Port Executive Director job some officials felt was lacking in the past.

“I’ve been pushing for this for years, and we just never had the funding, no way to finance it,” OHPA Chairman Danny Fullwood said at the Authority’s meeting Wednesday night.

“Now, we have a little bit of funding — for at least the next three years, hopefully, if things go right. Beyond that, (Kaufman’s) going to have to produce for us, and if he does that, hopefully we can keep him on permanently. He knows what the challenges are, and I have every confidence that he’ll bring some business to OHPA and he’ll be working with (Nassau Terminals CEO) Chris (Ragucci) to bring some business to the Port, if possible, but especially to OHPA, which is why we’re hiring him as our Executive Director.”

Over a period of days since the Authority’s Board of Commissioners voted to hire him, Fullwood, OHPA accountant Pierre Laporte and attorney Patrick Krechowski worked over the contract and tried to negotiate a deal with Kaufman both sides could live with, or at least for the contract term.

“Renewals will also be based on funding availability and annual performance review,” Fullwood said.

“The compensation package — we went back and forth with this, and I think we ended up with something that we can afford and we can hopefully agree to. The annual salary will be ($130,000) guaranteed. No medical, dental, vision (or) retirement benefits. Salary increases and/or bonuses will be subject to OHPA approval, contingent upon (the) Executive Director meeting certain performance criteria and organizational objectives that we developed and mutually agreed to between the Executive Director and OHPA.”

Kaufman will receive a $5,000 expense account for Port-related travel and meetings, though that account will be reevaluated annually and subject to Board approval. All travel must also be pre-approved by the Board, with OHPA then reimbursing documented expenses.

Kaufman’s office will be in the same building as the Nassau County Tax Collector. Assisting him will be OHPA administrative office manager Rossana Hebron. She works part time, but the Board voted to up her workload from 20 to 30 hours a week to provide necessary office support to the new Executive Director.

OHPA Commissioner Miriam Hill asked if the negotiating team worked to make the contract comparable to similar jobs at nearby ports, which Laporte said they did not.

“Obviously the size of the port — it’s hard,” Laporte said. “You can’t compare to Jacksonville. Which ports can you compare to?”

They instead looked at a broad study of management-level compensation in the Southeast and Jacksonville generally.

“We don’t have a benchmark for another Port in this kind of position,” Laporte said. “Obviously (there are) no employees in this position, so I think that’s where setting the expectations for this job are part of this and making sure we have goals for this person … so that we’re getting what we want for our money.”