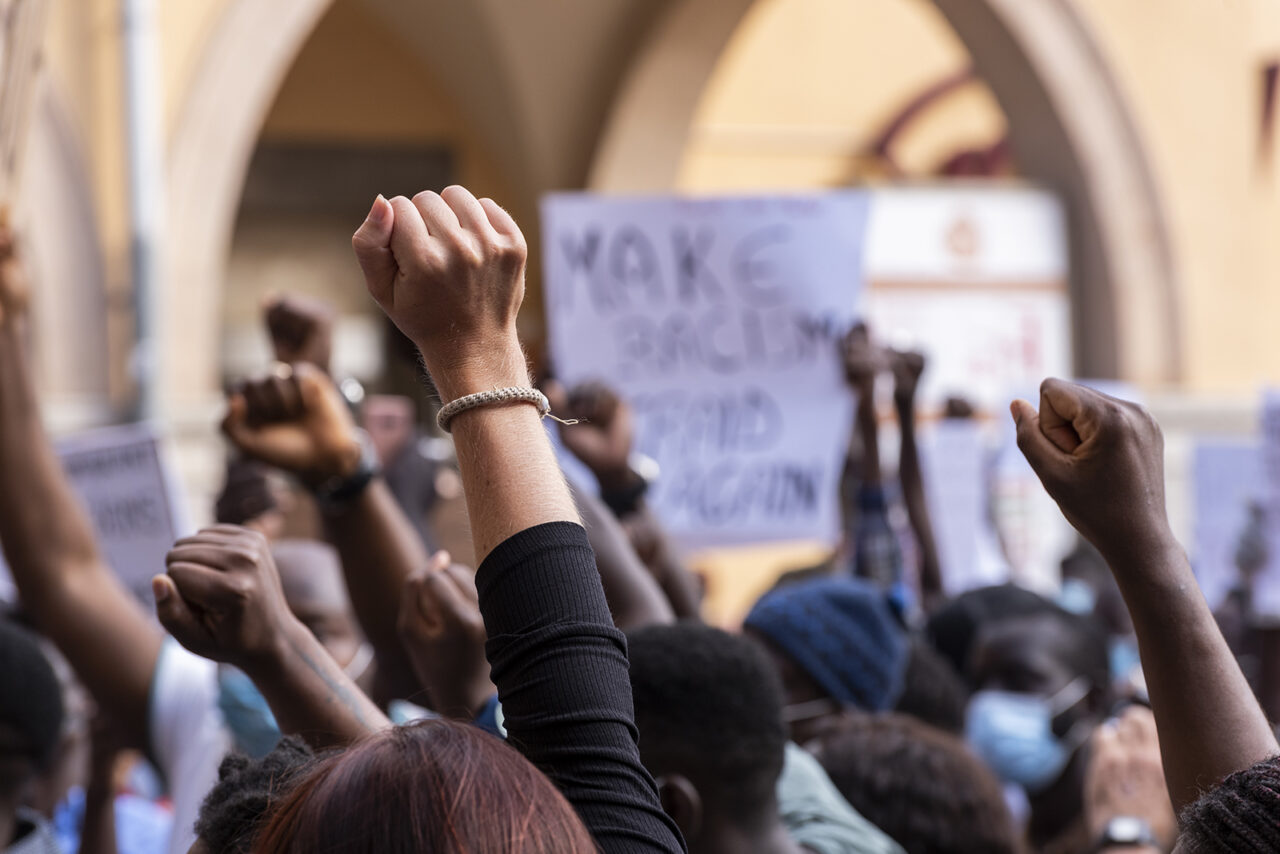 While protests are in the news again, lawmakers filed the bill back in January.

Protesting on people’s lawns will soon be illegal thanks to a new law signed by Gov. Ron DeSantis.

Residential picketing has marched into the national debate this month as abortion rights supporters stake out the homes of conservative U.S. Supreme Court Justices. The protests began following the leak this month of a draft decision that would overturn Roe v. Wade.

Although the Legislature passed the anti-picketing bill (HB 1571) in March, the bill signing plays into the national conversation around the First Amendment, the right to privacy and obstruction of justice. DeSantis, a Republican, signed the measure Monday.

“Sending unruly mobs to private residences, like we have seen with the angry crowds in front of the homes of Supreme Court justices, is inappropriate,” DeSantis said in a news release. “This bill will provide protection to those living in residential communities and I am glad to sign it into law.”

When the legislation takes effect Oct. 1, the bill will ban residential protests “before or about” a person’s home that “harass” or “disturb” a person within their home. It also would amplify penalties against violators.

Such a protest will be a second-degree misdemeanor, subject to penalties including 60 days in jail, a $500 fine and six months probation. Police, though, must first warn an individual of a potential violation.

In committees, House bill sponsor and Dade City Republican Rep. Randy Maggard cited a 1988 Supreme Court case that involved two anti-abortion advocates leading others to protest outside of a Wisconsin doctor’s home. The case — Frisby v. Schultz — led justices to side with the city of Brookfield, saying the government is within its right to prohibit protests outside of a person’s home.

“This bill recognizes the right of privacy, safety and peace that we all deserve in our own home,” Perry told Senators ahead of their vote in early March.

The House passed the bill by a near-party-line 76-41 vote, with Republican Reps. Alex Andrade and Randy Fine voting with the minority and Democratic Reps. James Bush and Andrew Learned voting with the majority. In the Senate, however, only Democratic Sens. Lori Berman, Annette Taddeo and Victor Torres sided against the bill during a 28-3 vote.

Orange County Sheriff John Mina is among the bill’s supporters. During the committee process, Mina said a statewide ordinance would offer clarity given the differing local regulations across the state.

The recent protests have targeted the homes of some of the U.S. Supreme Court’s conservative Justices, namely Justices Samuel Alito, Amy Coney Barrett and Brett Kavanaugh. Even the home of Chief Justice John Roberts, who is reportedly not part of the majority opinion, has been staked out.

Demonstrations in front of a person’s home are not a new phenomenon. In 2004, anti-war demonstrators targeted the home of Defense Secretary Donald Rumsfeld. In 2015, protests rallied outside the homes of former Vice President Dick Cheney and Secretary of State John Kerry.

Public officials aren’t the only ones who become the subjects of protests. The Washington home of Fox News’ Tucker Carlson was targeted by an anti-racist group in 2018. Thinking it was a home invasion, Carlson’s wife locked herself in a pantry and called 911.

The Black Collective, a South Florida social justice organization focused on the economic power of Black communities, issued a statement Monday calling the bill a follow-up to last year’s anti-riot law and a violation of the First Amendment. The group, led by Francesca Menes, opposed the anti-picketing bill and others during this year’s Legislative Session.

“The right to peaceful protest is a bedrock American principle that should never be undermined,” Menes said. “That’s not the case here in Florida, where we have seen legislation the last two sessions undermining this vital right and attacking the Black communities that have relied on it to bring about meaningful change for generations. HB 1571 builds on the unconstitutional foundations of the anti-protest bill last year and only reaffirms our will to make sure our voices are heard in order to create a brighter future for the people of our state.”