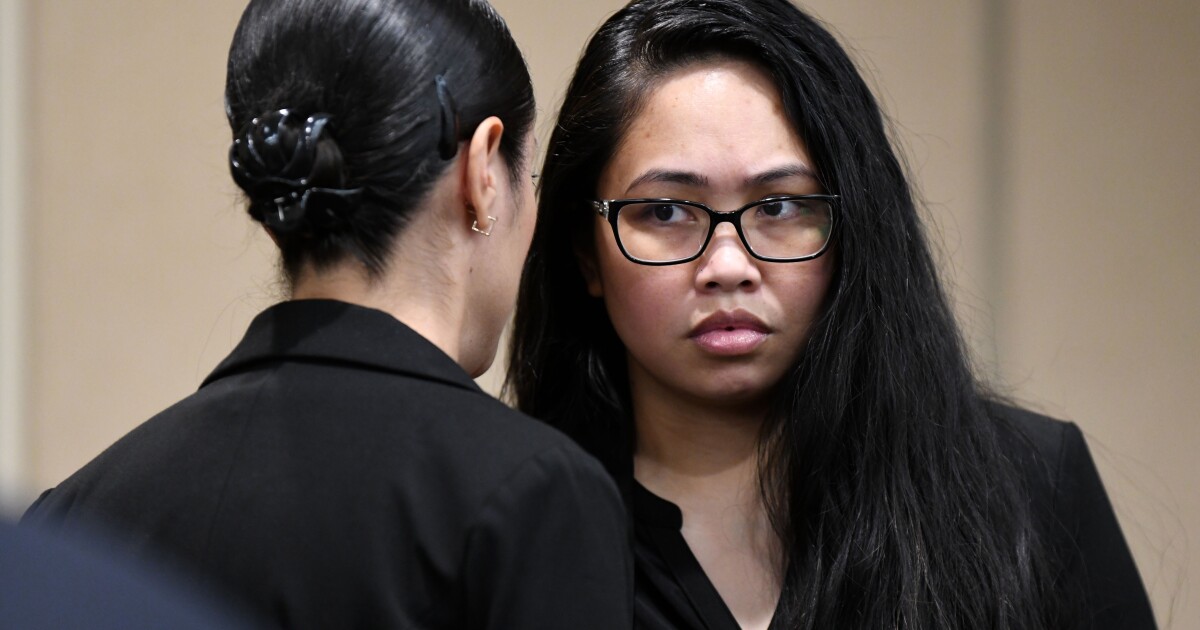 'You’ll probably never be called on again to do something like this.'

For case watchers glued to a livestream, there wasn’t a ton of activity today. For hours straight, cameras were pointed on the Great Seal of the State of Florida while prosecutors and defense attorneys, off-screen and privately interviewed prospective jurors one by one. But for those watching a little more closely, there’s a few items of interest and curiosity.

Judge Wheeler sold civic duty as few others can

Judge Robert Wheeler introduced himself to the first set of prospective jurors, instructing them about the rules of sequester and providing a game plan for how the process of selection would go. In this, Wheeler told jurors they’d be asked about their prior exposure to the case, but more importantly, they’d be asked if they have the capacity to “eliminate or disregard anything” they’ve heard previously in order to “render an impartial verdict” based only on the evidence presented in the courtroom.

“In other words,” Wheeler asked, “can you presume Ms. (Katherine) Magbanua is innocent as the law requires?”

Our justice system’s presumption of innocence may be in part what Wheeler alluded to in his next set of comments, underscoring the value and meaning of civic duty. “Just as we enjoy the privileges and protections of this country, we also have duties,” he said. “One of those includes jury service.”

Wheeler told prospective jurors that the trial is expected to last two weeks but would be limited to regular workdays and hours as much as possible. Attorneys are likely to excuse those who would find this schedule to be an extreme hardship.

“You’ll probably never be called on again to do something like this,” Wheeler told the jury pool.

FloridaPolitics.com readers may recognize Judge Wheeler from his time in the Florida Capitol. He served as assistant attorney general from 1998 to 2006, and as assistant general counsel and then general counsel to Gov. Charlie Crist, from 2007 to 2010. From there, Wheeler spent a few years as a Leon County Court judge, prior to being appointed to the Second Circuit Court by Gov. Rick Scott, beginning his time on this bench in January 2016. Wheeler earned both his undergraduate and law degrees from the University of Florida.

Reading the court docket may not be as invigorating as watching a case itself, but in this case, there’s a good amount to see through the Leon County Clerk of Court’s website. At the moment, however, the intrigue is in what one cannot see.

At the time of this writing, there are 645 items on Magbanua’s court docket. Up until May 12, none were flagged as “sealed.” But in the past few days, four have been listed as such — two as “motion to sealed ex-parte motion” and two as “order sealed ex-parte order.” In the 2019 trial, transcripts of sidebar conversations reveal that there are various pieces of evidence barred from the jury. It is unclear what these four current motions are about, but more information may become known in the coming weeks.

Many of the other newer items on the court screen relate to witnesses — who will testify, under what conditions they will do so, and how they will get transported to the courthouse.

Featured last night via YouTube live video on James Waczewski’s “Mentour Lawyer” channel, “Category A” witness lists have been expanded to include a number of police officers who ostensibly were tasked with listening to wiretap calls between alleged conspirators in real-time. Last Friday, Wheeler had ruled that wiretap transcripts would be admissible only if parties who had listened to the conversations while they were being recorded could attest to their authenticity.

Waczewski also shared a new filing by Dan Markel‘s ex-wife Wendi Adelson’s lawyer, John Lauro, reiterating that she would appear only as a witness under the state subpoena because of the limited immunity it provides, but not under a defense subpoena. Lauro asserted that if Wendi were to be called as a witness by the defense, she would invoke her fifth amendment rights. This is a boilerplate motion that reaffirms what case watchers have witnessed prior — Wendi Adelson invoked her fifth amendment right over 300 times during her deposition with Magbanua’s defense attorneys and has declined to cooperate with law enforcement beyond her initial interview on the day of the murder.

Another May 13 item on the court screen involves a witness named John Leishman, who is currently incarcerated and will need transport to Leon County for his testimony. Leishman is the inmate referenced yesterday, who spent time behind bars with Sigfredo Garcia, and is expected to share things Garcia confided to him, corroborating the state’s account of what, and who, this conspiracy involved.

Tuesday will begin with more of the same — jury selection. If this goes quickly, Wheeler said the trial may begin in the afternoon. In the meantime — assuming you’re not one of the potential jurors who is barred from digging deeper into this case — you can get a preview of what lead prosecutor Georgia Cappleman may say based on her opening arguments in the 2019 trial, here.

Florida Politics is providing daily coverage of Magbanua’s retrial for the 2014 murder-for-hire of FSU law professor Dan Markel. The case has drawn international media attention to Florida’s capital city, and we’ll share with readers the top things to watch for and discuss as proceedings unfold. Our reporting will draw from many sources, including contributor Karen Cyphers of Sachs Media, who, with attorney Jason Solomon, advocate with the grassroots group, Justice for Dan, to draw attention to this case and supply analysis of relevance to Florida’s political, advocacy, and legal communities.

nextJudge puts replacement congressional map back in place, appellate courts yet to move