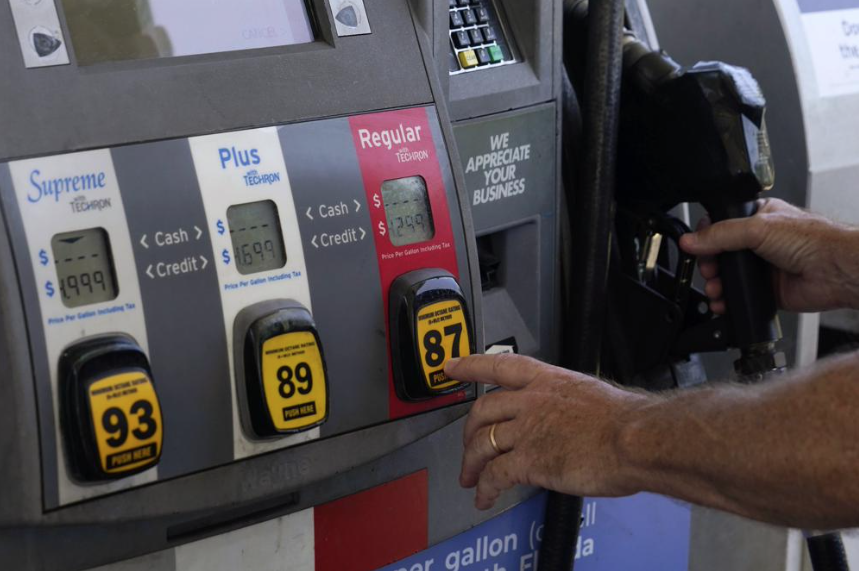 The Memorial Day weekend put millions of drivers on the road, and their demand for gasoline helped push fuel prices to another all-time record, hitting $4.57 per gallon in Florida.

AAA — The Auto Club Group reported that harsh reality Tuesday, noting the end to a slight reprieve last week when gas prices declined a bit from the previous record set in mid-May.

Monday’s state average price was $1.71 per gallon higher than last year’s holiday and well above the previous Memorial Day high of $3.93 per gallon set in 2008, AAA noted.

And the price may be going up some more, AAA cautioned.

“Gas prices appeared to level out over the weekend, but there’s renewed upward pressure on pump prices after an active week on the oil market both last week and overnight,” said Mark Jenkins, spokesman for AAA — The Auto Club Group, in a news release issued Tuesday morning.

“Tightness in the global fuel market has kept a high floor on fuel prices. The price of oil traded higher overnight after the European Union announced a partial ban on Russian oil imports. The region, which is historically reliant on Russian oil and gas, will now have to find alternative suppliers, in what is already an extremely tight fuel market,” he added. “The longer oil prices remain elevated, the longer American drivers will endure this unprecedented pain at the pump.”

previousSunburn — The morning read of what’s hot in Florida politics — 5.31.22

nextPaul Renner backs Ralph Massullo for another term in HD 23