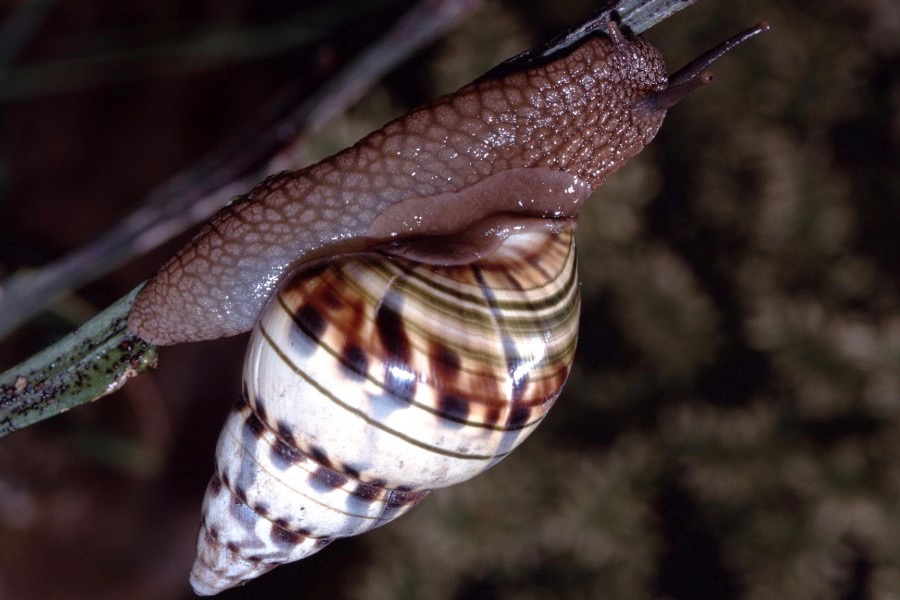 Studies show these worms will clear out an area of whatever tree snails they can find.

Some of Florida’s creepy-crawlies are supposed to be here and, like the state’s native tree snails, they add to the state’s lauded natural beauty.

That idyll is threatened by another Florida fact of life — an invasive species. A worm, no less, described as particularly “beefy.”

That species is the focus of Tim Collins, a biological sciences professor at Florida International University. He mostly worked with marine mollusks until a curious phenomenon was seen in Miami’s Castellow Hammock Preserve & Nature Center in 2015.

“I got a call from Dr. Alicie Warren, who worked at Castellow Hammock … and she found there was this massive mortality going on in one of the parks — Castellow, in particular,” Collins said during a virtual meeting hosted by the Florida Invasive Species Partnership.

He and Warren went out to the site and found large flatworms, many of them in the process of feeding on tree snails.

“They were crawling around the site, so it became very obvious that these flatworms were having a dramatically negative impact on Castellow Hammock,” Collins said.

The worms wouldn’t expand their range so fast on their own, so it’s believed their rapid expansion throughout the Florida peninsula and western Panhandle is because of human interference — transporting worms in potted plants, for instance.

This worm, platydemus manokwari — also known as the New Guinea flatworm — is “beefier” than many other flatworms, Collins said. They’re nocturnal and like warm, moist weather, so they’re busy these summer nights.

Studies in Japan and in the United States show these worms will clear out an area of whatever tree snails they can find. A project by Collins and FIU colleague Lawrence Lopez looked into New Guinea flatworm densities in randomly selected quadrats in Castellow, along with the densities of tree snails in those areas.

“One pattern that seemed pretty clear to us, so far, is that they tend to be in higher abundance in areas that are nearer to human development,” Collins said.

You’re likely not going to find any more snails there, either.

“We’re to analyze the correlations that might be happening between these densities and the densities of snails,” Lopez said.

In Castellow 33 and at the Deering Estate, he said, observers found high densities of New Guinea flatworms, “and that correlates actually with no snails at all,” despite snails being there before.

In terms of killing the flatworms, should people encounter them, there are different methods, but none good.

“If you find an individual one, you can just put it in some alcohol,” Collins said. “That’s the way we usually collect them. If you’re asking more broadly, like if you have them in your yard, how do you get rid of them? That’s a tougher question, and one that we are working on.”

Presently, there aren’t any listed pesticides for New Guinea flatworms, though people will spray various things on them. Otherwise, Collins said, they don’t have a good answer as to how to eliminate them from an area as large as a lawn.