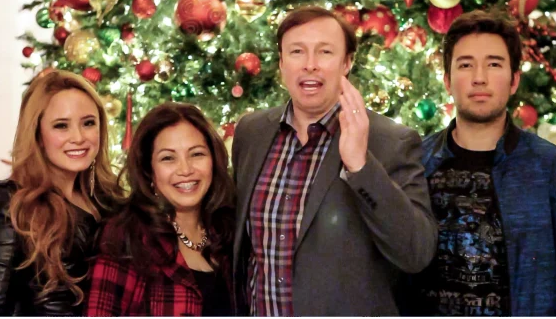 It's a curious example in the inconsistent record of prosecutions of PPP fraud cases.

Federal agents spent the last few days seeking to question pastor Evan Edwards and his family when their Mercedes SUV was spotted speeding on Interstate 75 north of Gainesville.

As reported by NBC News, the Edwards were Christian missionaries from Canada who lived in Turkey for many years and moved to Florida in 2019.

On paper, they ran a faith-based charity with a high-minded mission: to “communicate Christian love in doctrine and service to the poor.”

But by the fall of 2020, the family of four — dad Evan; mom Mary Jane; daughter, Joy, 36; and son, Josh, 30 — were suspected of pulling off a multimillion-dollar fraud that targeted the government’s COVID-19 relief program for small businesses and nonprofits.

The Edwards received more than $8 million after Josh filed paperwork falsely claiming that their ministry, ASLAN International Ministry, had 486 employees and a monthly payroll of $2.7 million, according to a federal forfeiture complaint.

A federal investigation raised serious red flags. Among them: The accountant who purportedly signed off on the loan allegedly had dementia and hadn’t done any work for the organization since 2017.

Now, just after 8:49 p.m. on Sept. 17, 2020, the Edwardses’ beige Mercedes was being pulled over by three Florida Highway Patrol cars. All four family members were inside the vehicle.

Evan Edwards told the officers they were headed to a conference in Texas, but he could not provide any specifics, according to the complaint.

Federal agents arrived on the scene and began searching the 2020 Mercedes. What they found indicated this was not a typical road trip.

Edwards, seated in the front passenger seat, had a laser printer on his lap. In a rear passenger seat, next to his wife and daughter, were two clear garbage bags full of shredded documents, according to the complaint.

The family’s personal electronic devices were stuffed into a so-called Faraday bag, which blocks radio frequencies to keep from being tracked, the complaint says.

There were also suitcases full of financial records, two other Faraday bags with laptops and tablets inside, a document shredder and multiple backpacks containing external hard drives and USB drives, according to the complaint.

“Other electronic documents located in the search include a 49-page research manual published by the Bureau of Justice related to ‘Tracing Money Flows Through Financial Institutions,’” the federal complaint says.

The U.S. government’s rush to distribute aid money during the pandemic created a bonanza for fraudsters at home and abroad. Since 2020, the Justice Department has prosecuted more than 177 people for allegedly defrauding the Paycheck Protection Program (PPP).

A federal judge in Florida ultimately ordered the forfeiture of the $8 million the Edwards family had received after the government claimed that it was the proceeds from bank fraud and money laundering offenses.

But more than 18 months after the Gainesville traffic stop, authorities have yet to charge any member of the Edwards family with a crime.

The inaction is especially curious given that other suspected COVID-relief fraudsters have been hit with criminal charges despite being accused of stealing far less money.

“I would imagine an $8 million PPP fraud case is one that you would want to bring and want to bring quickly,” Alex Little, a former federal prosecutor who now practices law in Nashville, Tennessee, said, referring to the Edwards’ case. “I don’t understand why they haven’t been indicted.”

A spokesperson for the U.S. Attorney’s Office for the Middle District of Florida emailed NBC News that the office declined to comment.

Roy Dotson, the national pandemic fraud recovery coordinator for the U.S. Secret Service, which led the investigation, said, “Due to the fact that this is an ongoing investigation, the Secret Service cannot provide any additional information related to this case at this time.”

The Edwards family did not respond to emails or messages sent through social media, and no one answered the door at their home in New Smyrna Beach.

When the coronavirus hit and crippled the U.S. economy, in April 2020, Josh Edwards applied for a $6 million PPP loan to cover payroll, rent and utilities for his family’s ministry, according to a federal complaint.

First Home Bank notified Josh Edwards that ASLAN International was eligible to receive more money than he had asked for: a total of $8.4 million.

In May 2020, the money landed in an account that previously held a balance of $25, according to the complaint. It was disbursed into multiple bank accounts held under the names of all four family members, the complaint says.

“The perpetrators of the fraud attempted to conceal the source, nature and location of the bank fraud proceeds by moving the proceeds through numerous bank accounts, held in different names,” the complaint says.

Warren Smith, president of the Evangelical Christian watchdog Ministry Watch, said ASLAN’s fraud was easily detectable. “If you just did a couple of Google searches on the name of this organization, the bank would have known that there was nothing there,” Smith said.

Tom Zernick, the president of First Home Bank, said in a statement that the documentation submitted by ASLAN “met the requirements of the PPP at that time.”

Two months after the money arrived in the ASLAN accounts, the Edwards family tried to purchase a $3.7 million home in a new Disney World development called Golden Oaks, the complaint says. Mary Jane Edwards was the only person listed on the purchase contract.

But the deal never went through. The authorities seized the $868,000 that was set aside for the down payment on the 4,700-square-foot home, the complaint says.

It’s not clear when it began, but the federal investigation gained momentum in September 2020.

Agents visited ASLAN International’s office in Orlando and found that neighboring businesses did not recall seeing any employees there, the complaint says. A review of the website found that the donation links were inactive and sections of text were apparently lifted from other religious sites, according to the complaint.

And while the ministry’s pandemic loan application said it had a monthly payroll of $2.7 million, it had reported its monthly income as just $5,500 in charity filings to the Canadian government, according to a review of the documents.

Canadian authorities acting at the U.S.’s request tracked down Walter Gnida, who was listed on documents as the ministry’s accountant and who had allegedly signed off on the loans. Gnida remained silent and unresponsive as his son told investigators his father and Evan Edwards had known each other for years but Gnida now suffered from dementia and hadn’t done any work for ASLAN since at least 2017, the complaint says.

Gnida’s son did not respond to a request for comment.

On Sept. 8, 2020, federal agents showed up at the Edwards home, but no one answered the door. That night, Evan and Josh Edwards stopped by some of their neighbors’ houses to ask if two men had come to ask them questions, the complaint says.

The answer was yes. The neighbors told them the men wanted to know who lived at the Edwards’ residence, according to the complaint.

Armed with a search warrant, a swarm of federal agents descended on the Edwards’ home nine days later, according to neighbors and the federal complaint. No vehicles or people were there, and the home was “cleared out,” the complaint says.

The family’s Mercedes was stopped later that evening, roughly 150 miles away. A police report says Florida officers pulled over the vehicle after being contacted by the Secret Service, which had been tracking it.

All four members of the family were taken into custody. They were charged with filing fraudulent immigration documents at the Canadian border.

But in an unusual turn of events, the charges were dismissed the next day after a U.S. customs officer noted that he had misread the interview reports.

The family was released from custody the day after the traffic stop, according to court documents.

The details of the stop came to light in court records that were made public in December 2020, generating a burst of attention in Florida. The Edwardses did not challenge the seizure of the $8 million in loans, all of which was recovered by the Justice Department.

The federal government has taken no action against the Edwardses since then, according to a search of public court records.