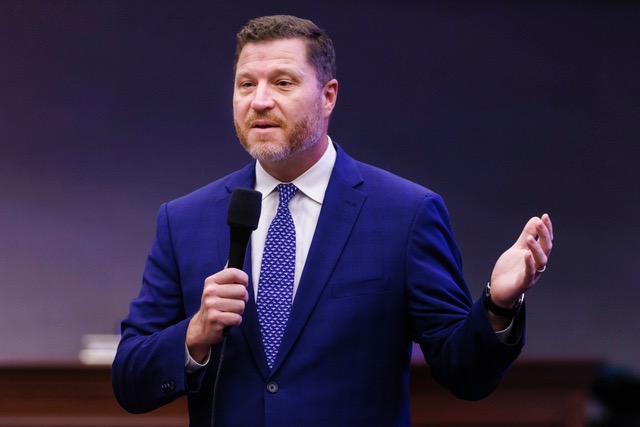 '(The Office of Insurance Regulation seems to not have a strategy for how to deal with Citizens.'

State regulators’ decision to approve only a portion of the rate increase requested by state-run Citizens Property Insurance Corporation was based on politics and will continue to crater Florida’s beleaguered property insurance market, Sen. Jeff Brandes claims.

“(The Office of Insurance Regulation) seems to not have a strategy for how to deal with Citizens,” the St. Petersburg Republican told Florida Politics. “I think they are under political pressure to not raise rates.”

OIR approved a statewide average rate hike of 6.4% for Citizens’ standard homeowners policies on June 24, far short of the 10.7% the company requested. Other types of policies received rate increases closer to Citizens’ request — wind-only policies received a 9.8% increase, just 0.2 percentage points shy of the request, for example — but the standard policies make up most of Citizens’ business.

Citizens has more than doubled in size the last two years. It currently has more than 800,000 policies and is on pace to accrue 1 million by the end of the year. Low prices compared to the private market, combined with Citizens’ status as a default repository for policies of companies that have gone bust mean the company is taking on more and more policies — and more and more risk.

Citizens has $6 billion in reserves but $300 billion in potential liability, Brandes said, and the risk of a major hurricane wiping out its reserves and triggering an assessment, first on Citizens customers and then on all homeowners in Florida, increases as Citizens takes on more policies.

OIR has approved rate increases of 30 and 40% for some other private companies, while Citizens is capped in state law at 11% annual rate hikes. That cap will increase 1% each year until 2026, but meanwhile the price gap between Citizens and the private market grows each year, making Citizens more attractive to homeowners.

“(Regulators) are increasingly destroying a fragile property insurance market in Florida by being so below the market and below what is actuarially sound,” Brandes said.

A spokeswoman for OIR said its decision was based on keeping Citizens’ rates actuarially sound while taking into account legislation passed in 2021 designed to reduce litigation, which insurers say is a major driver in claims.

Citizens was created by lawmakers in 2002 to insure homes the private market didn’t want to cover or made unaffordable. But its rapid buildup of policies ­— it had a little more than 400,000 in 2019 — means the company is taking on more risk without the cash buildup of covering homes for many years.

“The problem with Citizens is they’re backed by the people of the state of Florida, and so that exposure is now just passed on to us, not to shareholders or others who would potentially have that liability,” Brandes said.

The new rates are scheduled to take effect Sept. 1. A Citizens spokesman said they are working to have them in place by then.

“Citizens’ 2022 rate recommendations were based, in part, on closing the premium gap that exists between Citizens and the private market,” Citizens spokesman Michael Peltier said in an email. “OIR considered our recommendations as it developed its schedule of 2022 rates as required by Florida law. We will now continue the implementing process and should have the new rates in place during the 4th quarter 2022.”

Citizens’ board is scheduled to meet next week.

previousFed: Sharply higher rates may be needed to quell inflation

nextFord O'Connell maintains a homestead in Washington. Is he eligible to serve in HD 77?