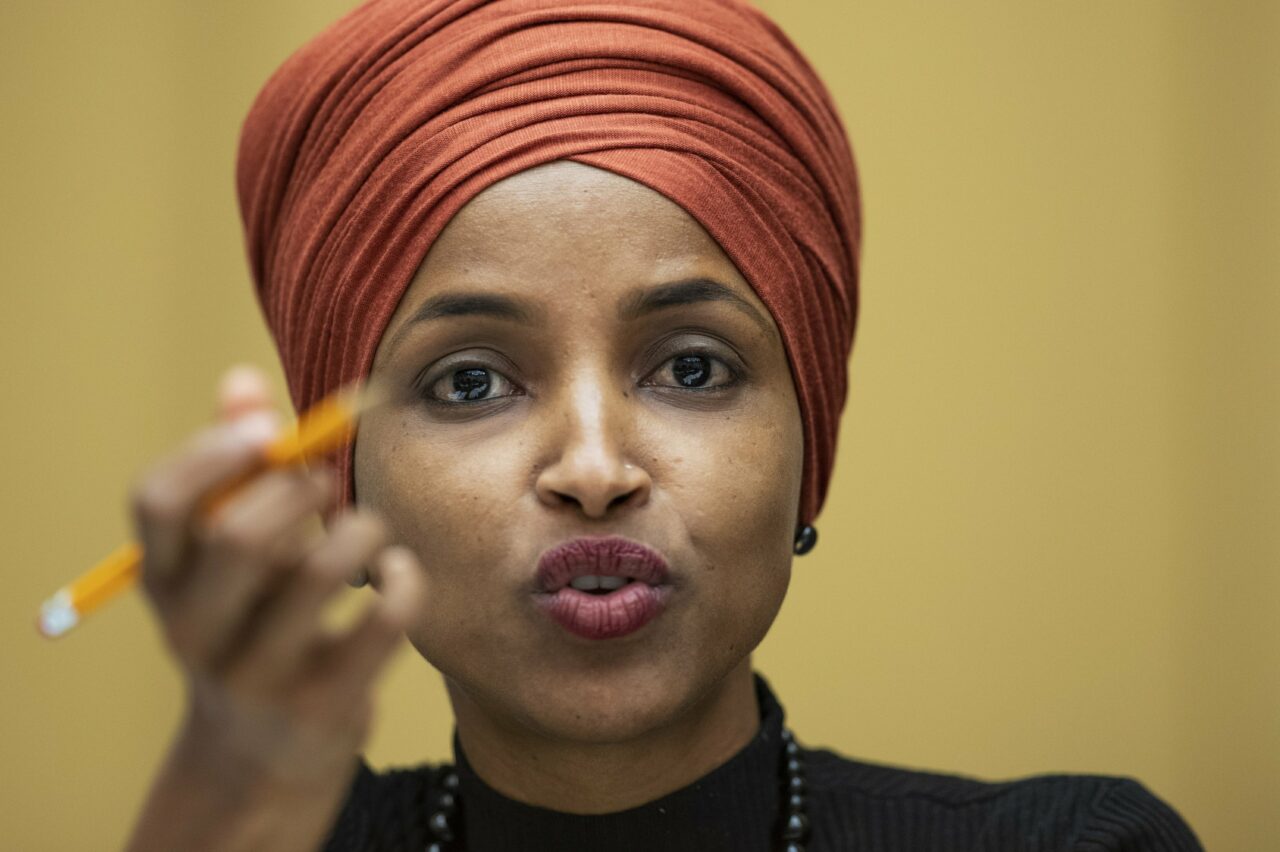 His daughter's defense? “He was doing that because Trump told him to."

A federal judge sentenced a former Trump supporter to three years of probation and a $7,000 fine for sending an email threatening to kill Rep. Ilhan Omar of Minnesota and three other congresswomen.

David George Hannon, 67, also must undergo mental and substance abuse treatment and have no contact with Omar or Reps. Alexandria Ocasio-Cortez of New York, Ayanna Pressley of Massachusetts and Rashida Tlaib of Michigan, according to a report in the Tampa Bay Times.

Hannon, who pleaded guilty in April to threatening a federal official, sent the email after the four Democratic lawmakers held a news conference in July 2019 in response to criticism from former President Donald Trump, who said they should “go back” to the “crime-infested places” from which they came.

“He was doing that because Trump told him to,” his daughter, Elizabeth Hannon Dillon, told the judge during the hearing on Wednesday. “He was a Trump supporter and now he regrets it.”

This threat was “heinous and inappropriate in every regard,” U.S. District Judge Kathryn Kimball Mizelle said. “This sort of behavior has no place in our society.”

Sentencing guidelines called for about 10 months in prison, but Mizelle noted that a probation officer recommended against prison time, along with Hannon’s expressions of remorse, lack of prior trouble, his age and health problems.

“I’m very, very sorry and very remorseful about my behavior that night,” Hannon said as he stood before the judge, stooped and trembling.

Hannon emailed Omar’s campaign with a subject line that read: “Your Dead You Radical Muslim,” writing that Omar should get more security or she and the other women would be “six feet under.”

Omar’s staff immediately notified federal agents, but the FBI didn’t visit Hannon at his Sarasota home until 19 months had passed and Trump was out of office.

Hannon admitted that he disparaged Omar’s Islamic faith, but the judge declined to apply a hate crime adjustment to Hannon’s sentence, which could have increased the sentencing guidelines.

“I do have remorse that I did target Ms. Omar,” Hannon said. “But I don’t have any hatred toward anyone whether their race, creed, color or nationality. This is the United States of America and whatever people do and say, they have a right to do that. But I had no right to write that email.”