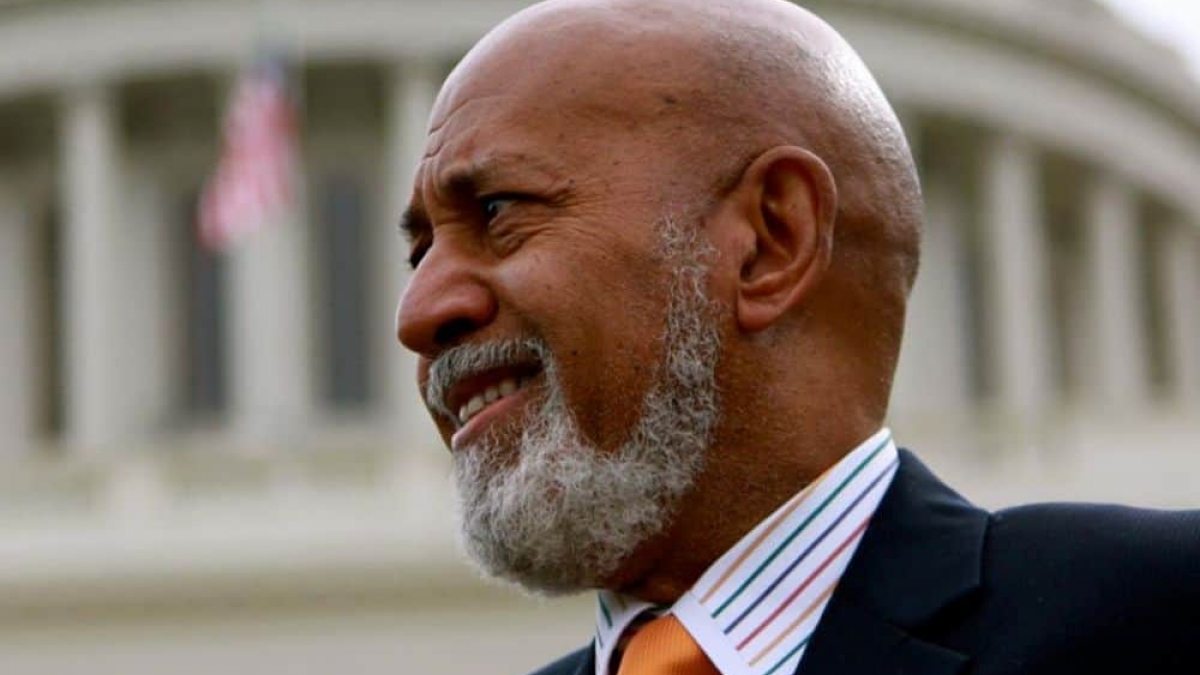 The payment includes only the description: ‘Balance of funds Alcee Hastings widow.’

Fifteen months after the death of Rep. Alcee Hastings, the long-serving Congressman’s campaign account spent its remaining funds and is shutting down. One of its last expenditures was a transfer of more than $23,000 to Hastings’ widow, Patricia Williams, for no listed campaign purpose.

Florida’s longest-serving member of Congress, Hastings died at 84 in April 2021 after a battle with pancreatic cancer. Since then, Williams — a longtime staffer of Hastings with whom he had a more than four-decade-long relationship, culminating in their 2019 marriage — and her daughter, Maisha, received nearly $30,000 from Hastings’ campaign account.

The campaign listed the money Maisha collected as going to cleanup and consolidation work, including the cost of storing and disposing of campaign materials. Williams also received a more than $600 reimbursement for air travel from Washington to Miami on April 24, three days after federal lawmakers held a memorial service for Hastings at the U.S. Capitol.

But another payment to Williams last month for $23,028.23, which exhausted the remainder of Hastings’ campaign holdings, includes only the description: “Balance of funds Alcee Hastings widow.”

Federal law prohibits the use of campaign funds for personal use. The Federal Election Commission defines personal use as an expenditure or payment by a campaign account that would exist regardless of whether a person is running for or in elected office.

There are exceptions to this rule for charitable donations, transfers of nonmonetary campaign assets, occasional gifts of nominal value and limited candidate salary uses.

Florida Politics reached out to Hastings’ campaign treasurer, Tomas McIntosh of Fort Lauderdale, but received no response by press time.

This is not the first time questions have arisen regarding Williams’ handling of money or payments she received while working for Hastings. The two met around 1981, when Williams was one of several lawyers defending Hastings, then a co-federal judge, against bribery charges. Hastings was ultimately acquitted in that trial, but he was later impeached for bribery and perjury by the Democratic-controlled U.S. House and removed from the bench in 1989.

Four years later — and one year after Williams was disbarred for misappropriating clients’ money — Hastings won a seat in Congress representing what was then Florida’s 23rd Congressional District, and Williams came with him. Their relationship was a magnet for criticism, as were revelations that the salary William collected as a district director was just $6,000 less than Hastings earned as a sitting member of Congress and more than Hastings paid his former Chief of Staff.

Hastings defended Williams’ salary, telling the Miami Herald in 2019 that it was based on her tenure and seniority.

“I do deeply resent … the comparison … of her salary after 27 years to other members’ staffers who have worked five years or six years,’ he said at the time.

In 2018, Hastings paid Williams $168,411, the highest allowable salary for a congressional staff member that year. Then-chief of staff Arthur Kennedy earned about $167,000 in 2018, by which time he’d worked for Hastings for 24 years.

In July 2020, a U.S. House Ethics Committee closed an investigation into Hastings’ relationship with Williams after learning the two had married the year prior.

nextDid Lake Ray profit off of taxpayers? He kept his legislative office for years in a building he owned