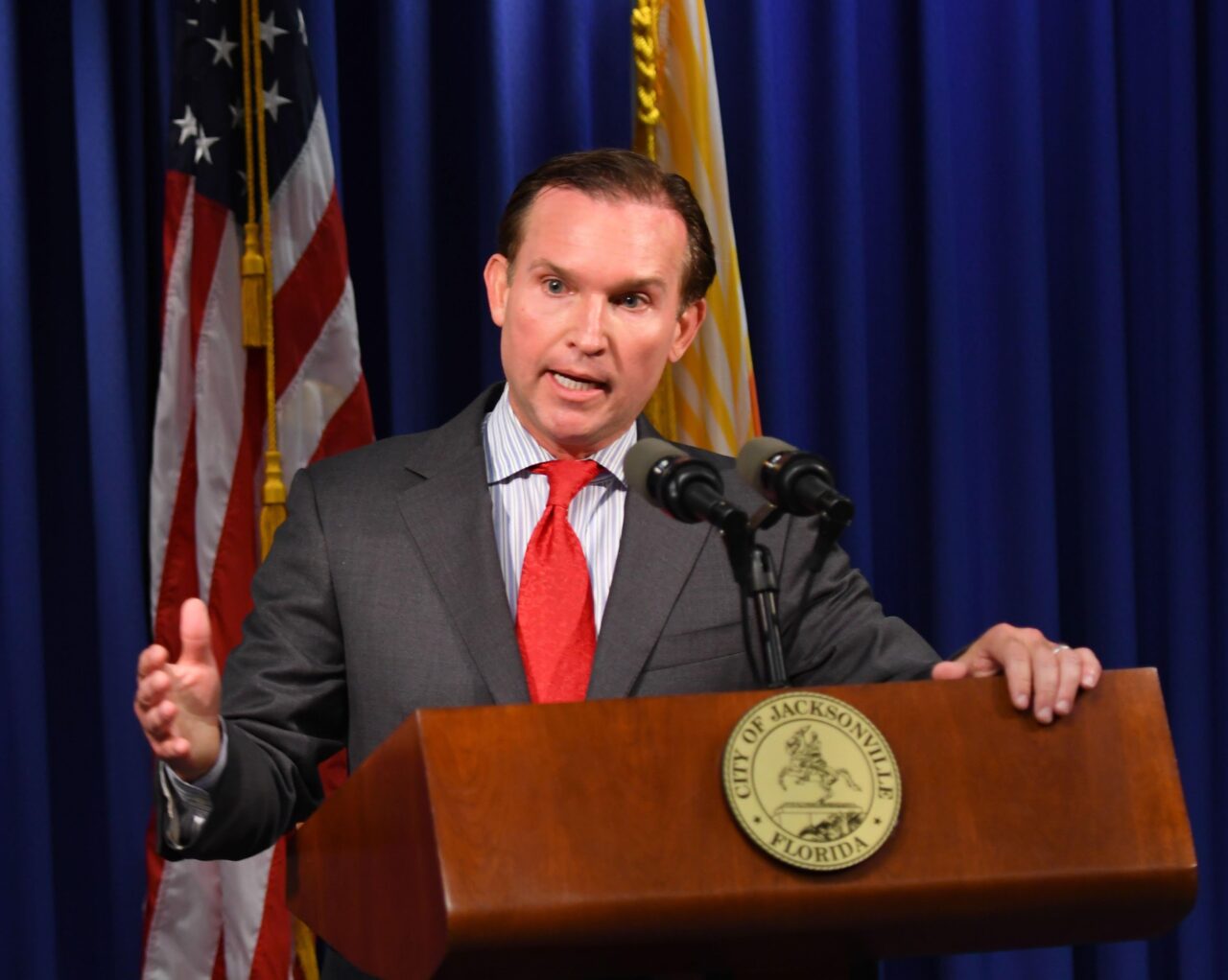 He led off his comments with notes of unity touting “significant gains” over the last seven years despite differences along the way.

“It is our love for this great city that brings us together and makes us One City One Jacksonville,” Curry said.

Capital improvements are key to the Curry plan, with a capital budget of nearly $500 million in first-year investments for the second year in a row, a function of population growth and the rising tides of federal investment boosting budgets around the country in part. Over $100 million of that will be dedicated to downtown projects.

Curry, an accountant by trade, set up much of Thursday’s presentation to the Jacksonville City Council with triumphalist tweets extolling his administration’s track record with a review of raw numbers. Debt is down $560 million in the last seven years, an annual savings of $30 million yearly, while reserves approach $350 million.

Yet on Thursday, the Mayor described the end as “bittersweet,” noting how the city “not only survived, we thrived” amid uncertainties including pandemic economics.

“We have paved the way for future generations and administrations,” Curry said, returning to similar language throughout his remarks.

Curry credits his pension reform proposal, which ended defined benefit plans for public safety new hires, for saving nearly $840 million thus far, with payments deferred and slated to be offset by a 1/2 cent sales tax in future years. Once that went into effect in 2017, the city began to expand capital spending, with cash flow freed up from the pension obligation.

Curry trumpeted quality-of-life funding, with $108 million for parks, new money for libraries and fire stations (including a new facility), $26 million for road resurfacing, $10 million toward resiliency, and tens of millions for drainage and bulkhead upgrades, big spends on the Baseball Grounds and the Jaguars’ performance center, and increased funding for his Kids Hope Alliance organization dedicated to children’s services.

“Jacksonville truly is a city on the rise, and if we keep doing the work, the best is yet to come,” Curry noted in his close, describing a city finally “beginning to realize its tremendous potential.”

Curry discussed funding in future years throughout his remarks, which is wholly aspirational given he is leaving office next summer.

Times have changed since Curry’s first proposed budget, but the process remains the same for budget ratification.

The Finance Committee will pore through the budget in a series of day-long meetings next month, conclaves all members of the City Council can attend. From there, the budget will move to full City Council consideration, with ratification of the new spending document required before the Oct. 1 start of the new fiscal year.

Typically, this process sees some “budget night” drama on the Council floor, with floor amendments designed to make a point with sums of money that are small compared to the overall budget. Given the realities of an election cycle that sees virtually everyone on the dais running for re-election or higher office, the budget’s not truly finalized until the Council votes it up.