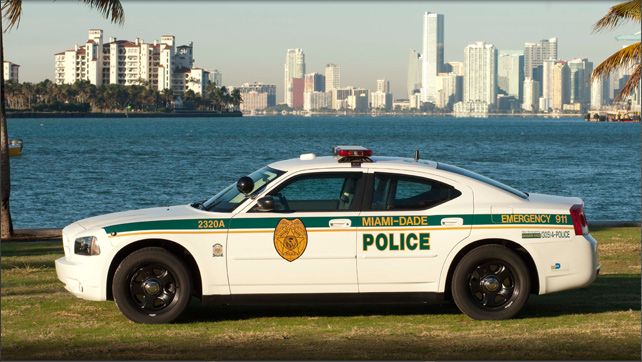 ‘It’s a constitutional violation and, equally important, it’s a violation of the will of the voters of Florida and Miami-Dade County.’

Just over two months after Miami-Dade Commissioners voted to block a new Sheriff from taking over many of the county police department’s existing duties, the Florida Sheriffs Association (FSA) is suing to force the county into compliance.

In a complaint filed Wednesday with the 11th Judicial Circuit Court, the FSA asserts that the county is in clear breach of a constitutional amendment a supermajority of Florida voters — as well as 63.2% of voters in Miami-Dade — approved in 2018.

The amendment requires every Florida county in 2024 to elect a Sheriff and four other local officers. Miami-Dade is the only county in the state not to have an elected Sheriff. Instead, Miami-Dade Mayor Daniella Levine Cava serves as the county’s de facto Sheriff.

In that capacity, she oversees a police force of some 4,700 employees, an annual budget of $815 million and an appointed police director, now Alfredo “Freddy” Ramirez III.

In June, the Miami-Dade Commission voted 9-4 for a resolution by Chair Jose “Pepe” Diaz to allow the existing police force and future Sheriff’s Office to coexist. Under the policy set forth in the item, the police department would continue to operate under the Mayor’s authority in the county’s unincorporated municipal service area (UMSA), at county-controlled facilities like PortMiami and its various airports.

UMSA covers roughly 40% of Miami-Dade households and includes about 37% of the county’s estimated 2.7 million residents.

The Sheriff, meanwhile, would have jurisdiction over Miami-Dade’s 34 municipalities, though many of them already have their own police forces. The Mayor’s Office would negotiate agreements to transfer staff and assets to the new position.

That arrangement “directly” violates Article VIII(1)(d) of the Florida Constitution, which eliminates the ability of a county to abolish, transfer the duties or change the term of its Sheriff, the FSA said in a press note.

Pinellas County Sheriff Bob Gualtieri, legislative chair of the FSA, told Florida Politics his group had met with Mayor Levine Cava and members of the Miami-Dade Commission before the vote to bifurcate Sheriff and county police duties.

He wants to see the county undergo a successful transfer of police power that results in the Miami-Dade Police Department seamlessly becoming the Miami-Dade Sheriff’s Office on Jan. 7, 2025. But he argued the County Commission is preventing that process from starting.

“It’s a constitutional violation and, equally important, it’s a violation of the will of the voters of Florida and Miami-Dade County,” he said. “The County Commission is usurping that.”

The FSA’s complaint seeks a permanent injunction against the County Commission requiring it to “cease, desist and refrain” from enforcing Diaz’s resolution and a writ of mandamus ordering the county to “turn over all exclusive law enforcement authority in unincorporated Miami-Dade County to the newly elected Sheriff … on Jan. 7, 2025.”

“(That’s) why they want to have their voices heard when it comes to choosing their law enforcement leader who will work to keep their streets and families safe,” he said. “Public safety should not be subject to a power grab by bureaucrats. It should be decided by the collective voice of each community.”

Diaz said Wednesday he had not yet read the lawsuit and declined to comment on its merits.

“We have to first see the basis of the suit, and at that point we will defer to our county attorneys,” he said.

Levine Cava called the lawsuit “a premature effort to intimidate” the county while it sought the best path forward to keep residents safe.

“The Board of County Commissioners held multiple discussions and extensively debate the best way to implement the referendum that was imposed on this community,” she said in a statement. “Through that process a decision was reached that the duties of the Sheriff as prescribed in Florida law will be properly transferred. The law is clear, and that is the framework being used by the BCC and my administration to deliver a smooth transition once a Sheriff is elected in 2024.”

The origin of Miami-Dade as the sole county without an elected Sheriff dates back more than half a century. In 1966, a grand jury investigation found that the Dade County Sheriff’s Department was engaged in “widespread corruption and systematic bribery” to the degree that it was operating as a criminal enterprise.

The panel called for the department to be “completely overhauled, and all unworthy officers eliminated.” Voters later chose to eliminate the elected Sheriff position and make the county police chief an appointed job.

Miami-Dade has unique constitutional protections against state preemption, known as home rule, that prevent many blanket actions from Tallahassee from applying to the county. Miami-Dade Commissioners have frequently cited that provision in instances of perceived state overreach and did so regarding the Sheriff issue as well.

However, the Florida Constitution also provides that those protections only safeguard county laws and policies that aren’t in conflict with “existing municipal or general law.”

When Florida voters amended the constitution in 2018 to require all 67 counties in the state to elect a Sheriff, Clerk of Court, Tax Collector, Property Appraiser and Supervisor of Elections, that rule became existing law, Gualtieri said.

“They are conveniently omitting that from the conversation,” he said. “You have to read the entire provision, and that’s what they’re failing to do.”

As the Miami Herald reported, Commissioner Joe Martinez, a former county police officer rumored to be considering a run at the Sheriff job, unsuccessfully proposed legislation to turn the police department over to the new Sheriff following the 2024 elections.

He previously backed a successful measure expanding the seat of Miami-Dade’s government countywide, a move that will allow the Sheriff’s Office to be located anywhere in the county rather than just in the city of Miami.

Martinez said Wednesday that even if it were legally permissible, parts of Diaz’s measure could bring several vital police services to a halt without added costs to taxpayers.

In addition to reserving jurisdiction over UMSA and county facilities for the Miami-Dade Police Department, the resolution states that the department will continue to “provide specialized investigative services” for a variety of case types, including homicide, homeland security, public corruption and bomb disposal.

The Miami-Dade Police Department is currently able to carry out those duties and others across UMSA and in cities, including serving warrants, because it operates as the county Sheriff’s office in all aspects but name, Martinez said.

“But when the Sheriff comes in, that power is transferred to that office,” he said.

That will create a host of problems, Martinez continued, including redundant services and law enforcement facilities and a “doubling or tripling” of taxes.”

“You’re going to have two departments patrolling the same areas. You have to build the Sheriff’s station, give them uniforms, cars, weapons, vests, cameras — whatever it might be,” he said. “If it was just a straight handoff (from the Miami-Dade Police Department to the Sheriff), everything would stay the same and people would have continuity.”

Editor’s note: This report was updated to include a comment from Miami-Dade Mayor Daniella Levine Cava.

nextCitrus County in bind with road builder over repaving contract