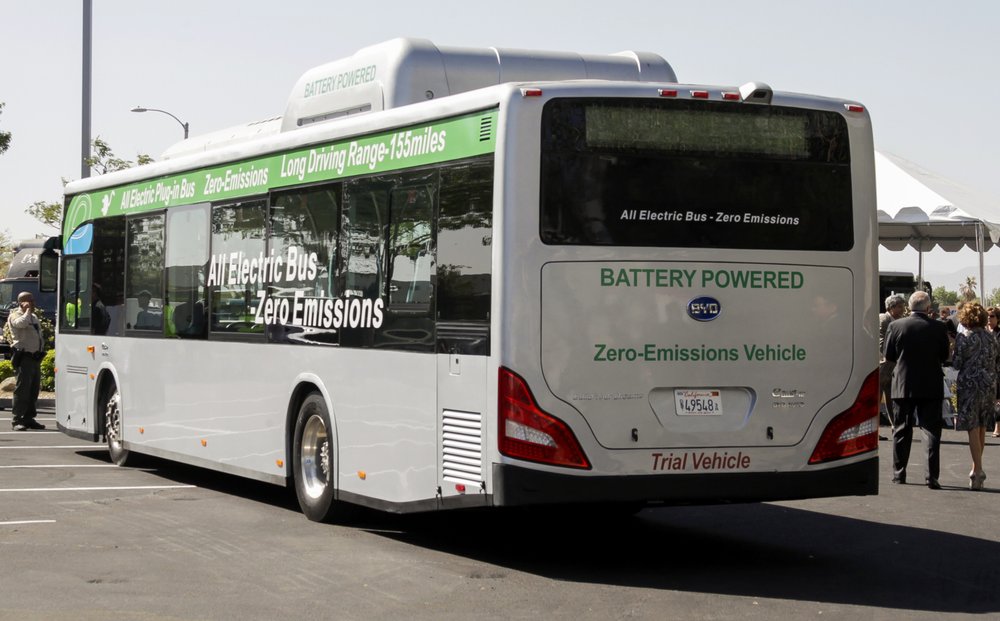 The Republican Governor is putting Florida’s Volkswagen settlement money to use.

Gov. Ron DeSantis’ Department of Environmental Protection (DEP) is setting aside $68 million to purchase 227 electric buses in 13 of Florida’s most urban counties. But at least one activist group wants to know his next steps to advance green tech.

DEP expects the buses to be on the road within 12 months.

“This funding will help lower emissions while also bringing our transit bus fleets to more modern standards,” DeSantis said in a news release. “This is a win-win for air quality and advancing the state’s efforts to bolster growing electric vehicle usage.”

The funds come from Florida’s $166 million share of Volkswagen’s federal settlement regarding the Clean Air Act. The settlement, reached in 2015, came after the U.S. Environmental Protection Agency alleged that some Volkswagen entities equipped their diesel vehicles with software designed to cheat federal emissions tests.

“Florida continues to be a national leader in air quality and is proud to be the most populous state in the nation to have met all of EPA’s National Ambient Air Quality Standards,” DEP Secretary Shawn Hamilton said. “Through collaboration with partner agencies and the private sector, we are able to implement projects to protect air quality and support the needs of our communities.”

Since taking office in 2019, DeSantis has put a greater emphasis on the environment than his predecessors — particularly now-U.S. Sen. Rick Scott — which helped him quickly become one of the nation’s most popular Governors. While the Republican Governor’s popularity tanked and resurged during the COVID-19 pandemic, he routinely announces environmental spending and approved record funding for Everglades projects this year.

Still, not all environmental groups are satisfied, like Florida Conservation Voters (FCV), which is supporting Democratic U.S. Rep. Charlie Crist over DeSantis in the upcoming gubernatorial election.

FCV Executive Director Aliki Moncrief said the credit for the spending goes to the people of Florida for forcing DeSantis to take action with the settlement money that Scott left largely untouched. Floridians wanted the money invested in communities with high air pollution, she continues.

“Yeah, DeSantis better have done this, because the people of Florida demanded it,” Moncrief told Florida Politics. “I think it’s always interesting when big announcements come like this on the eve of big elections.”

The remaining 15% is intended for Diesel Emission Reduction Act projects to reduce emissions around the state’s ports. DEP has already awarded funding for several projects in that category, including marine engine replacements, an electric freight switch and port cargo handling equipment.

Between $20 million and $25 million remains from the Volkswagen settlement, according to DEP. All of it is slated to go toward Diesel Emissions Reduction Act projects.

However, Moncrief wants to hear DeSantis’ plan to keep the gas on electric vehicle spending. After nearly four years in office, she says he’s had ample time to deliver one. Despite pitching hundreds of millions in environmental funding, DeSantis has dismissed global warming discussions “as a pretext to do a bunch of left-wing things.”

“That 166 million is not going to go far enough, and what Governor DeSantis needs to be thinking about is how does he keep this up when what is essentially federal funding runs out,” she said.