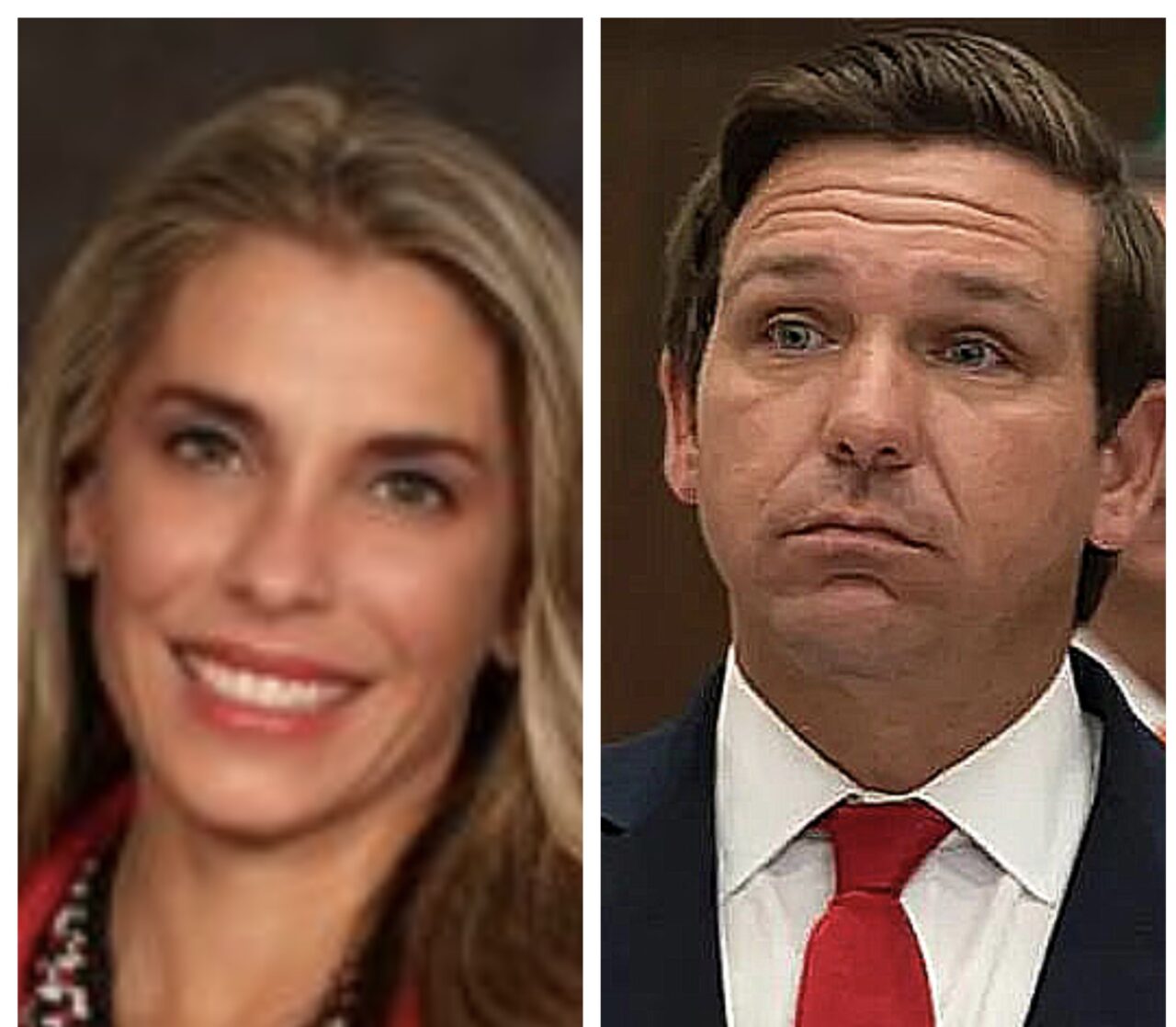 Donna Korn doesn't believe the Governor will suspend her out of respect for the voters, if she wins in November.

Suspended Broward County School Board member Donna Korn said she will press on with her runoff election coming in November — even if it presents the possibility Gov. Ron DeSantis will suspend her again if she wins the election.

Her temporary replacement was sworn in Tuesday morning, but Korn shrugged off the grand jury’s findings released Friday that she and four other School Board members were negligent in their duties. DeSantis cited the grand jury report findings in his decision to suspend Korn and three other sitting members of the Board Friday.

Her November runoff opponent, Allen Zeman, said Monday a vote to give her another term on the School Board is a vote to allow DeSantis another two-year appointment to the board. Korn received the most votes in Tuesday’s Primary, 30.6% to Zeman’s total of nearly 30%, in a field of four candidates for the at large seat. Tuesday, the DeSantis-majority School Board became a reality. DeSantis appointee, Torey Alston was selected Chairman of the School Board. Alston, who served in the DeSantis administration, takes the seat of suspended Board member Patricia Good.

The Governor’s Office is currently mum on the question of whether Korn would be suspended again should she win re-election. Korn said that DeSantis’ past comments on allowing the voters’ voices to be heard gives her confidence she will be able to serve, if the voters agree.

“I do believe the Governor, in the past, on multiple occasions, said he will let the voice of the voters stand,” Korn said, noting that he cited the will of the voters in 2018 in his decision not to take executive action against the School Board in the wake of the 2018 shooting at Marjory Stoneman Douglas High School.

Korn was first elected to the School Board in 2010. She was also a strong supporter of the former Superintendent Robert Runcie, who was arrested for perjury following the findings of the grand jury that was convened to study what went wrong in Parkland — the state’s deadliest school shooting incident.

The grand jury’s subject has gone far beyond the reasons why Nikolas Cruz was able to go on a bloody rampage inside Marjory Stoneman Douglas High School. It put the Broward County School Board and its processes under a microscope after the Sun-Sentinel identified corruption and mismanagement relating to technology purchases and an $800 million construction bond to renovate schools.

The report was completed in April 2021 and has already resulted in criminal charges, according to the Sun-Sentinel. Former Superintendent Runcie resigned and was indicted for perjury. General Counsel Barbara Myrick also was arrested for charges related to perjury before the grand jury. And earlier, Tony Hunter, the district’s former chief information officer, was arrested for bid rigging and bribery charges to which he has pleaded not guilty.

The grand jury report found that lives might have been saved if the Board’s direction had not allowed Runcie to keep delaying improvements the voters approved in a 2014 vote for a $800 million bond referendum. A safety-related fire alarm at Marjory Stoneman Douglas High School was on that list of delayed improvements.

Until November, DeSantis’ appointments, all Republicans, form a majority of the School Board members. It’s nowhere near the norm in blue Broward.

Monday, the school district’s Superintendent Vickie Cartwright received a to-do list from the state Education Department, in the wake of the grand jury report.

The management of the construction bond was just one of the issues. Also on this list: Underreporting crime, the district’s use of student data, allowing students with felonies on campus and training staff not to cooperate with law enforcement.

The school district administration said Cartwright has been working on these priorities since she joined the district last August.

“The District has already implemented significant changes to address concerns outlined in the FLDOE letter, specifically to improve school safety and the management of the SMART Bond Program,” John Sullivan, chief communications and legislative affairs officer, wrote in an email. “The District intends to fully cooperate with the state.”

Korn dismissed that grand jury’s findings as “political.” Once voters have the opportunity to consider the findings and her record they’ll understand that, Korn said

“It really reads as a political indictment — it almost word for word reflects what the Governor stated that he would be looking at as a result of the grand jury,” she said. “If you consider the premise you wouldn’t be surprised by the result.”