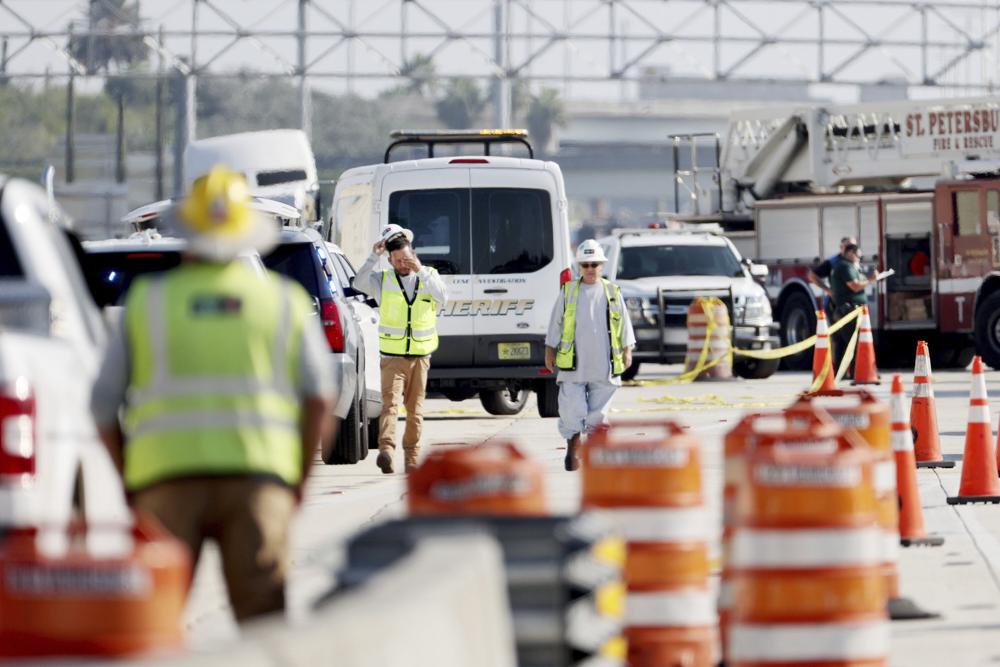 Deputy was killed instantly in construction safety zone on Interstate 275.

A Florida sheriff’s deputy working an overnight shift to provide safety at a construction zone was struck and killed by a worker operating a front end loader who is in the U.S. illegally, officials said Friday.

The initial name given by the worker, Victor Vazquez-Real, was false, Gualtieri said. His real name is Juan Ariel Molina-Salles, 32, who the sheriff said is a migrant from Honduras who arrived in March and was deported previously.

Molina-Salles fled from the job site on foot, allegedly with the help of a co-worker, but was eventually tracked down using bloodhounds, the sheriff said.

The sheriff said Hartwick had blocked the two inside southbound lanes of the interstate and was standing on the road’s shoulder when he was struck by the front end loader traveling at about 20 mph (32 kph). Hartwick died instantly, Gualtieri said.

The sheriff said Molina-Salles will be charged with leaving the scene of an accident involving death, which carries a minimum-mandatory four-year prison sentence. The other construction worker is being charged with accessory after the fact.

It was not immediately known whether Molina-Salles has a lawyer who can speak on his behalf. He had not yet been booked into jail early Friday afternoon.

Hartwick had been with the agency for 19 years.

The company that employs the two workers, Tampa-based Archer Western Construction, did not immediately respond to a phone call seeking comment. The company is involved in several large transportation projects in the Tampa Bay area, some involving contracts with the state of Florida.

Gualtieri said he referred the matter to U.S. Immigration and Customs Enforcement, which has jurisdiction over immigration issues.