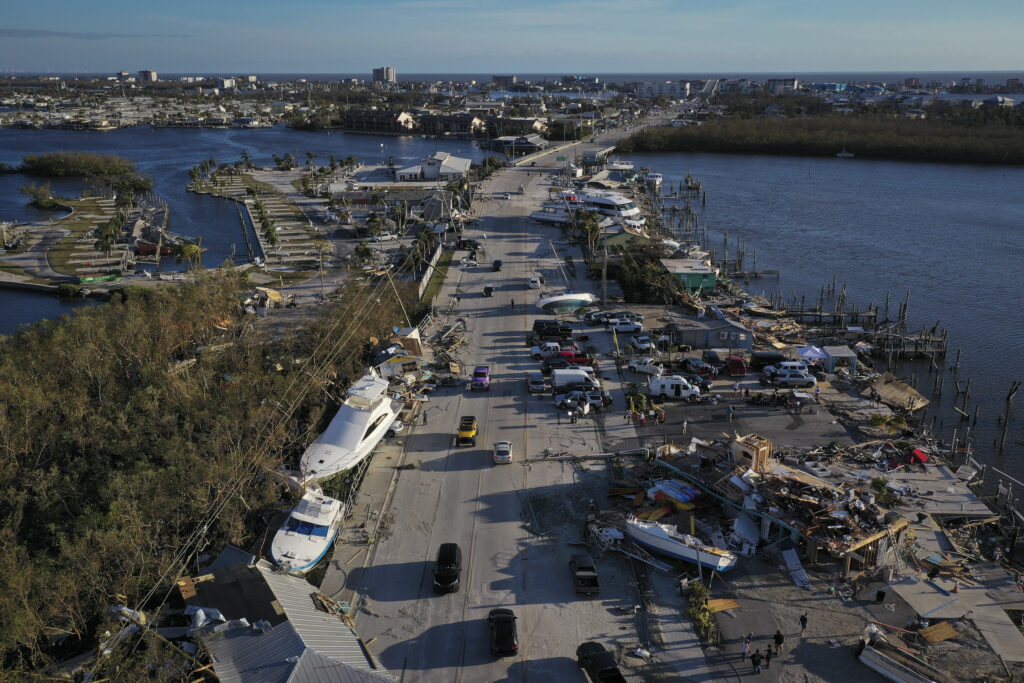 Let’s take a moment to reflect on what Hurricane Ian did to Florida’s infrastructure — the roads, bridges, water systems, electric grid, and more that make modern life work.

According to a fact sheet issued by the Governor’s office, the storm closed:

— Portions of Interstate 75 within Charlotte and Lee counties plus 33 highways and bridges in 13 counties, including the Sunshine Skyway and Memorial Causeway in the Tampa Bay area and Lee County’s Sanibel Causeway and Pine Island Bridge.

“The Sanibel bridge had breaks in multiple parts of it,” Gov. Ron DeSantis said during a Friday morning news conference at the state’s Emergency Operations Center.

“Not where the water and the pylons were — those held up very well. It was where you had it on some of the sand bar; it basically just got washed out from underneath,” he said.

Then there’s that water main break in Lee County.

“That means that the county does not have water at this point, and you need that to be able to function in society,” DeSantis said. “It’s “critical, critical to get that infrastructure back up and running.”

The Federal Emergency Management Agency (FEMA) has dispatched the U.S. Army Corps of Engineers to begin work on a fix, DeSantis said, with the Florida National Guard available to help if needed.

‘The traffic is flowing’

The road closures stretched from the Ian impact zone to Duval County in Northeast Florida. You can find the full list here.

The Florida Department of Transportation has dispatched 100 engineers, working in teams of two, to inspect bridges. The agency deployed 1,300 workers to clear roads of storm debris; as of Friday morning, they’d cleared 1,100 miles of roadway, DeSantis said.

“The traffic is flowing in Southwest Florida, probably better than would have been anticipated so soon after such a major hurricane,” he said.

The agency had inspected and reopened 800 bridges, including 67 “high priority” structures in Charlotte, Lee, Manatee, and Sarasota counties, DeSantis said.

As of 6 a.m. Friday, DeSantis said, 1.9 million electricity customers were without power, including 99% in Hardee; 85% in Charlotte and Lee; 80% in DeSoto; “close to half” in Collier, Manatee, Sarasota; and 15% to 18% in Hillsborough and Pinellas counties.

“These crews have been on the ground since it was safe to do so, and they have been working 24/7 to restore power all throughout the state of Florida. And that’s over 42,000 linemen and associated personnel that are on the ground,” the Governor said.

As of Friday morning, the ports of Palm Beach, Everglades, Miami, Pensacola, Panama City, and Port St. Joe had reopened. The ports of Tampa Bay and Manatee were open on the landside only. The rest of the state’s closed ports expect to reopen on Friday or Saturday.

nextTakeaways from Tallahassee — Gassed up for October