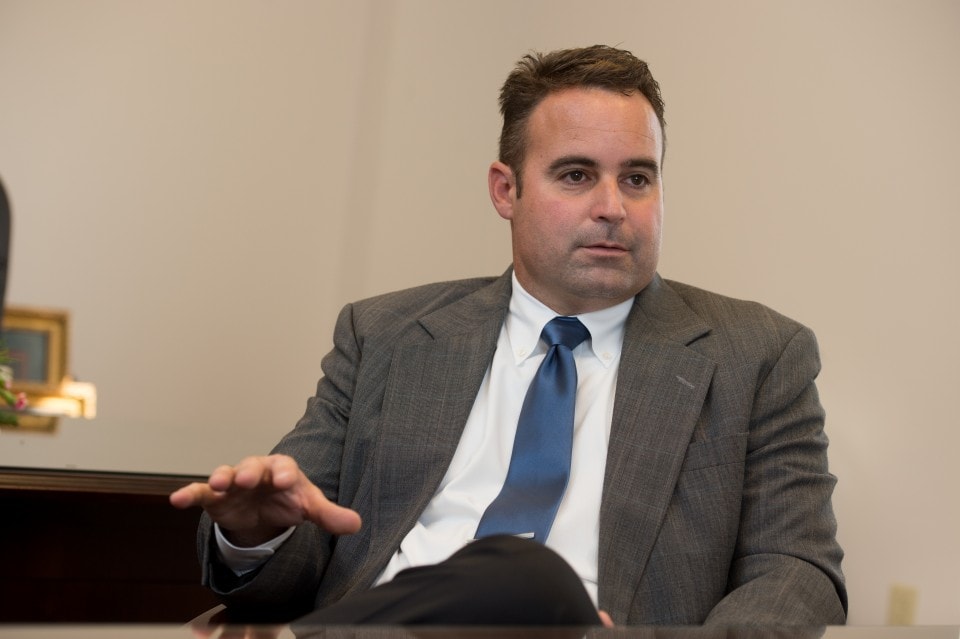 The Florida Commission on Ethics is asking Gov. Ron DeSantis to remove embattled Escambia County Commissioner Doug Underhill from office one month before the end of his term.

The panel voted 6-1 on Friday, asking that the Republican Governor remove Underhill and impose a $35,000 fine on him for a series of ethics violations. His most significant offense, which the Ethics Commission said necessitated his removal, was releasing the transcript of a County Commission executive session meeting on a legal case involving local utilities.

Underhill’s attorney, Mark Herron, told the ethics panel that his client believed it was his moral duty under Florida’s Sunshine Laws to disclose information that was unavailable to the public. No one gained from the release, he added.

However, the attorney acting as the prosecutor, Elizabeth Miller, told the panel that releasing the transcript revealed the County Commission’s strategy in the case.

“Mr. Underhill knew not to do it, and yet he did it anyway,” Miller said. “It had all kinds of ramifications, which I don’t know that we’ve seen.”

Initially, Miller was only pursuing a $12,500 fine for Underhill based on a recommendation from the Florida Division of Administrative Hearings. However, Don Gaetz, a Republican former Senate President from Northwest Florida and member of the Ethics Commission, inquired about the maximum fine for Underhill. Miller revealed the maximum would be $10,000 per violation plus removal by the Governor for the transcript disclosure.

“What I really would like is his removal from his public position,” Miller said. “I don’t think his actions warrant him being a public officer if he violated all these laws.”

Gaetz drove the motion to increase the fine and remove Underhill from office.

“This individual needs to be removed from office,” Gaetz said. “The fact is that there have been delays, which, in my view, were designed to drag this matter out so he’d be very near the end of his term.”

Before the meeting, Gaetz disclosed his relationship with David Bear, a Pensacola businessman who brought one of the complaints against Underhill. The pair know each other and worked on the same nonprofit board for about a year, Gaetz told the commission, adding that it would prevent him from acting appropriately because they share no business or financial dealings.

Ethics Commission member Jim Waldman, a Democratic former member of the Florida House from Fort Lauderdale, questioned the need to make a new recommendation after officials had already thoroughly researched the offenses to come to their conclusion. Additionally, he suggested it would set a precedent by significantly increasing the fines for the more minor, but still serious, gift and solicitation violations including for raising funds through GoFundMe, which the panel pegged at $6,250 each.

“I just think we’ve gone off on a tangent here where we’re making this much larger than what it is when we don’t have the benefit of having actually been there,” Waldman said.

“The fact that we haven’t done it that severe in the past doesn’t mean it’s wrong to do it now,” said Chair John Grant, a Tampa Republican and attorney.

Waldman was the only member who voted against the heightened punishment.

On Friday, Underhill told the Pensacola News Journal that the decision was “political” and pointed to Gaetz’s comments. He plans to appeal the decision.

“By trying to ensure that I will never run for office again, they eliminate the one person who’s had the courage to speak up against the Bear family and the Gaetz family and the power that they wield inappropriately,” Underhill said.

Last year, Underhill, a Republican, decided against running for a third term. His term ends Nov. 22. But whether he will finish that term and his ability to run for future office will be in the Governor’s hands.