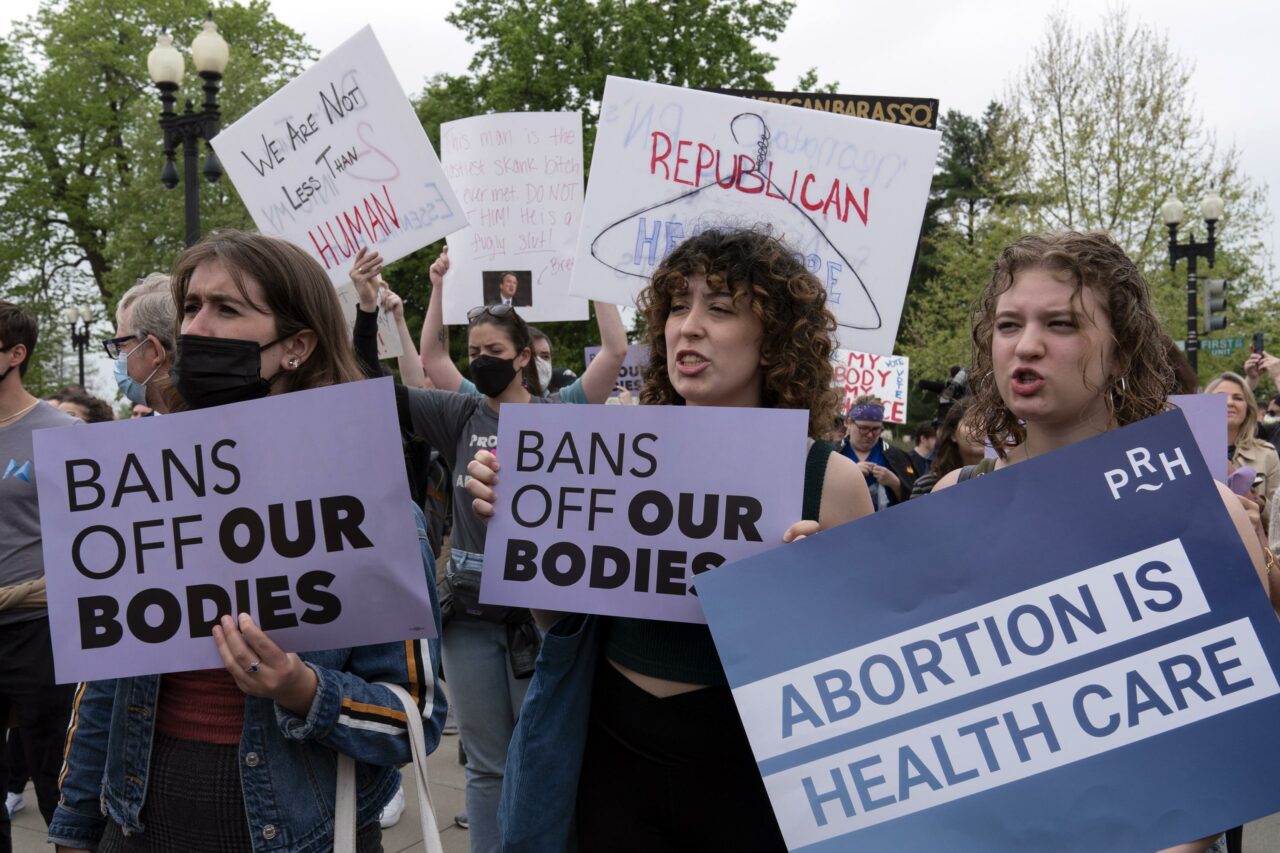 No group broadly backed a full ban on abortion without exceptions, and there is strong support for a pathway to citizenship for Dreamers.

Pollsters asked respondents to share their thoughts on abortion and whether they support naturalization for immigrants who were illegally brought to the United States as children but have essentially grown up as Americans — a group known widely as Dreamers.

“On abortion, no group supports an outright ban, and a plurality believe there should be no restrictions whatsoever,” said Democratic consultant Evan Ross, the firm’s CEO.

“On the issue of illegal immigrants brought to the United States as children, often referred to as Dreamers, support is strong for a pathway to citizenship, with Republicans only slightly preferring legal status.”

GOP respondents in Miami-Dade held the most hardline views on both issues. But they still expressed some flexibility.

Just over half — 50.02% — said they support the Supreme Court’s decision in June to overturn Roe v. Wade, which kicked back down to states jurisdiction over abortion law.

However, only 8% back a full ban on abortion with no exceptions. The largest share, 40%, believe the practice should only be legal in cases of rape, incest or when the life of the mother is at risk.

Nineteen percent said abortion should only be legal in the first trimester, while 9.5% held that abortion should be permitted “until the point of viability,” after which it should be allowed only to save the mother.

Notably, 15% said a woman should be able to terminate her pregnancy “at any time for any reason,” while 8% denied having an opinion on the matter.

Meanwhile, Democrats overwhelmingly opposed the SCOTUS ruling on Roe, with 87.5% saying they believed the decision was wrong.

Sixty-three percent of Democrats in Miami-Dade believe there should be no restrictions on a woman’s right to choose whether to go through with a pregnancy, while 12.6% said abortion should be legal until the point of viability and 11% said it should only be legal during the first trimester.

Nine percent believe abortion should only be legal in cases of rape, incest or to save the mother’s life, and just 1% backed a full abortion ban. About 3.5% said they didn’t have an opinion one way or the other.

Independent voters also largely disagreed with Roe’s overturning at a more than two-to-one ratio, with 59.5% of respondents saying they did not support the decision compared to 24% who did.

Just 3% believe in an outright ban, while 39% said there should be no restrictions and 23% backed abortion only in cases of rape, incest or to save the life of the mother.

Twelve percent of independents back the right to abortion only until the end of the first trimester, and 9% denied having thoughts on the issue.

There are some 800,000 young people in the U.S. protected from deportation under the Deferred Action for Childhood Arrivals (DACA) program, which former President Barack Obama created by executive order in 2012 after the Development, Relief and Education for Alien Minors (DREAM) Act did not pass in Congress several times.

That failed legislation became the namesake for the people protected under DACA, which faced dissolution under Obama’s successor, Donald Trump, until an executive order by President Joe Biden preserved it.

But the program’s future remains uncertain. On Oct. 5, a federal appeals court determined Obama’s 2012 executive order violates immigration statutes but deferred a final rule on the matter to a district court.

Less than 16% of Miami-Dade Republicans want to deport Dreamers outright. The rest are roughly split on whether to allow paths to citizenship or legal status.

Nearly 40% of Republicans said Dreamers shouldn’t be permitted to become citizens but should have an opportunity to obtain legal status. Thirty-eight percent said a pathway to citizenship should be allowed.

Democrats in Miami-Dade broadly supported bringing DACA recipients more into the American fold. Nearly 80% said there should be a path to citizenship, while another 14% said a path to legal status is more appropriate.

Just 3% said Dreamers should be deported to their country of origin. Roughly the same share denied having an opinion on the subject.

The preponderance of independent respondents in Miami-Dade feel similarly. Nearly 59% support a pathway to citizenship, while 27% favor a route to legal status.

Less than 8% think Dreamers should be deported back to their country of birth. Six percent said they had no opinion.

Of the Republicans who responded to the poll, 47% were 55 or older, 51% were of Cuban descent, 27% identified as non-Cuban Hispanic or Latino and of the 75% who said they were Christian, two-thirds were Catholic. Other than 3.5% of Republican respondents who said they were Jewish, no other religious group had 1% or greater representation in the poll.

Democrats were similarly represented age-wise, with 46% of respondents being 55 or older. Twenty-eight percent said they were non-Cuban Hispanic or Latino compared to 21% of Cuban descent, 25% non-Hispanic White and 20% Black or African American.

Independent voters skewed younger, with just 42.5% aged 55 or older. Thirty-six percent were non-Cuban Hispanic or Latino, 27% were of Cuban descent, 21.6% were non-Hispanic White, 7.5% were Black or African American and 1.2% were Asian.

In terms of religion, 35% were Catholic, while 22% said they believed in another form of Christianity. Thirty-one percent were irreligious, while 3.5% were Jewish and nearly 9% held other religious beliefs.

previousLast Call for 10.24.22 — A prime-time read of what’s going down in Florida politics