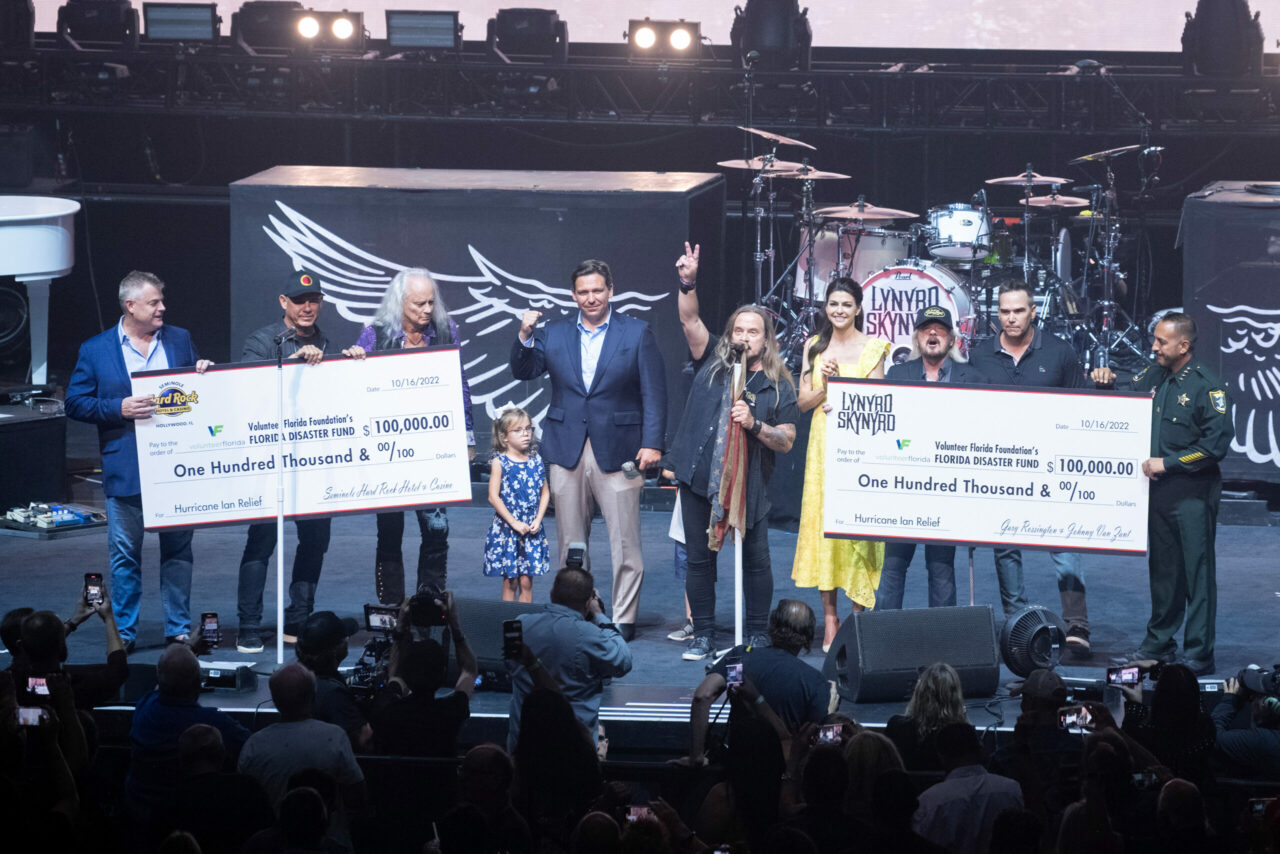 It's not the first time the band has stepped up.

The benefit is expected to feature additional performers, to be announced in the coming weeks.

Proceeds from the event will benefit disaster relief efforts through Volunteer Florida and the Community Foundation of Southwest Florida.

“You know we are a Florida band and true Floridians, we have grown up with Hurricanes being a part of our lives. Hurricane Ian did major damage and people lost loved ones and everything they had. The folks in Lee and Collier County, took the direct impact of the storm, guitarist Rickey Medlocke and our tour manager, both live in Fort Myers,” said Lynyrd Skynyrd lead vocalist Johnny Van Zant.

“We couldn’t sit by and not try to help people in a time of need. Hopefully, we can raise a bunch of money for the victims of the storm, get some musician friends to come down and join us, and bring some smiles to the faces of those people that have lost so much.”

Live Nation, a major concert producer, and Boots on the Sand’s Dean are producing the event.

“My better half, Jennifer Parisi, and her whole family are from Naples, Florida, so Florida is my second home,” Dean said.

“I think we all have seen the news footage of cars turned upside down, but this doesn’t capture the full picture down here. Spending a ton of time in SWFL, I know that it is largely made up of blue collar, hardworking folks. I didn’t realize the devastation that Ian left in its path until I got down here to check on the house.”

Dean said he spent the week with his wife in Naples where he saw people sleeping in front yards and others crying over lost loved ones.

“I knew right then — I had to do something. So, with a lotta help from Jennifer, we partnered up with Hertz Arena, Live Nation, and iHeart Radio, and began calling all my musician friends to throw a Hurricane Relief concert, where 100% of the money raised goes to the victims of this devastating disaster,” Dean added.

Boots on the Sand is a nonprofit corporation in Florida dedicated to recovery in Southwest Florida. They are raising funds to address specific needs across the state for those impacted by the mid-October storm.

Tickets to the benefit concert go on sale Nov. 7 at 10 a.m. at Ticketmaster.com or the Hertz Arena Box Office. A pre-sale for First Responders will take place through local agencies.