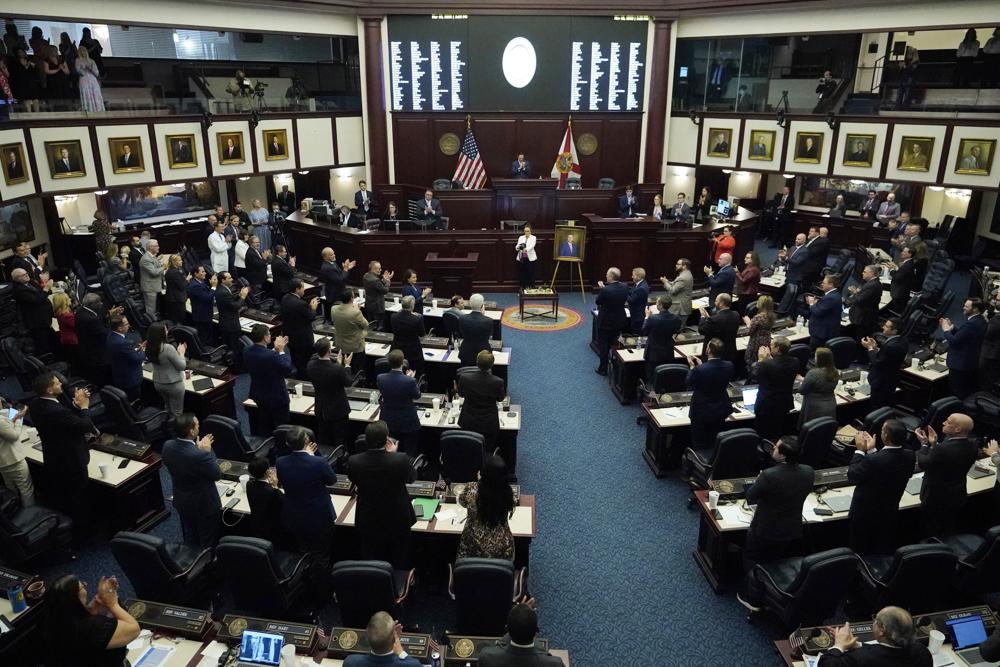 'We have to stop frivolous litigation.'

A major overhaul of Florida’s property insurance laws, including provisions aimed at limiting lawsuits and making state-run Citizens Property Insurance less attractive to homeowners and setting up a $1 billion reinsurance fund, will soon head to Gov. Ron DeSantis’ desk after the House passed the measure Wednesday.

The bill, SB 2A, passed 84-33 on a party line vote, with Republicans in favor and Democrats opposed.

Supporters of the bill said it was needed to stabilize the beleaguered property insurance market, which has seen six companies fail this year and dozens of others raise rates and cancel policies. Insurers, which have reported $1.5 billion in losses each of the last two years, have blamed rampant lawsuits as the root cause of the problem.

“We have to stop frivolous litigation,” said Rep. Tom Leek, an Ormond Beach Republican who sponsored the bill. “In 2019 Florida insurance companies spent $3 billion defending lawsuits, and every dollar spent on litigation is a dollar that doesn’t go to the consumer.”

Democrats, though, slammed the bill for limiting homeowners’ ability to sue their insurance companies by removing the one-way attorney fees law that requires companies to pay the lawyer fees and costs when they lose in court.

“This legislation puts homeowners on the hook for everything,” said Rep. Yvonne Hinson, a Gainesville Democrat. “They will make hiring an attorney so cumbersome and costly that most homeowners will not be able to afford it.”

Another major part of the bill sets up a $1 billion reinsurance fund backed by taxpayer money, which follows on the heels of a $2 billion program lawmakers set up in a Special Session in May.

Property insurers’ losses have led global reinsurance giants to move away from the Florida market, making reinsurance either unobtainable or unaffordable for many smaller companies. That has left many companies without the minimum coverage needed to underwrite the homes they’ve promised to cover.

Demotech, a ratings agency, threatened to downgrade 17 insurers in the summer and followed through on three companies before backing off.

Democrats said they couldn’t support a bill that gives discounted reinsurance backed by taxpayers to insurers while not guaranteeing rate decreases for consumers. Republicans fended off amendments from Democrats to require rate freezes and reductions in future years.

“We have the money. We can do something to help people now,” said Rep. Dotie Joseph, a North Miami Democrat. “I’m not asking for a lot, I’m asking for a rate freeze for one year and a little rate decrease after that.”

Other parts of the bill would require Citizens customers who live in a flood zone to get additional flood insurance coverage to remain in Citizens. That requirement expands to all customers with a home valued at more than $600,000 starting Jan. 1, 2024, to ultimately cover all Citizens customers by 2027.

Also, Citizens customers will be required to move to a private carrier if they are offered a rate within 20% of what Citizens charges.

House Speaker Paul Renner, a Palm Coast Republican, said the bill will calm the market and entice more companies to do business in Florida, driving down rates in the future.

“We have created more competition in the marketplace and have taken significant measures to reduce frivolous lawsuits, all while holding insurers accountable to consumers,” Renner said.

The bill takes effect upon becoming law. DeSantis is expected to sign the bill.

nextBeginning next year toll roads are half off for some residents, winter snowbirds