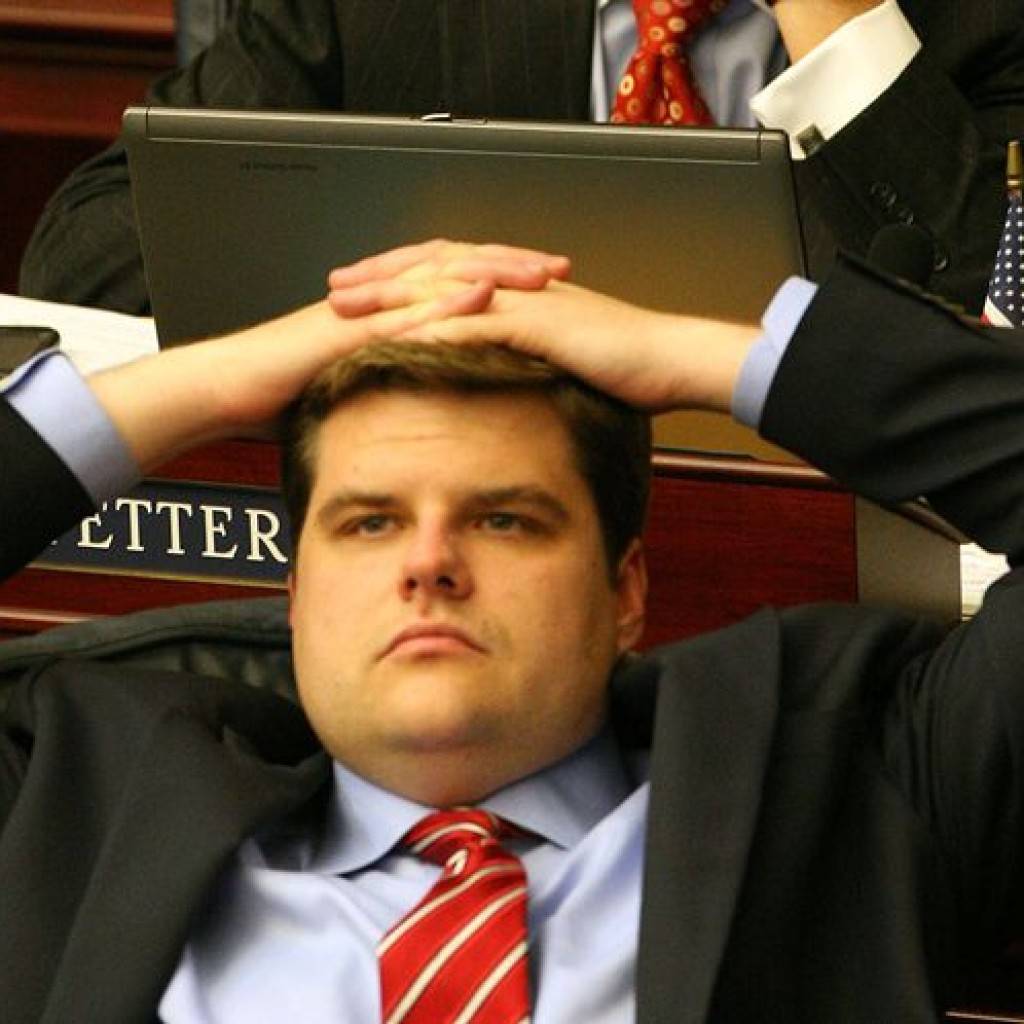 Crisafulli said he “does not condone the Tweet by @MattGaetz. He is an agitator, yes, but not a racist. Please accept my apology to those offended.”

Gaetz started a Twitter war Thursday afternoon after remarking that the Senate Democrats lawsuit filed to the Supreme Court “rea(d) like it was “researched and drafted by Sen. Joyner and spell checked by Sen. Bullard.”

It’s not clear what Gaetz meant by the remarks about Senate Minority Leader Sen. Arthenia Joyner, a former Bar Association president, and Sen. Dwight Bullard, a high school teacher, but the posting has caught the ire of several legislators. It was re-tweeted by Politico’s Marc Caputo, who noted that Gaetz “is on his way to offending a quorum of the Florida Senate.”

The remarks were made after Senate Democrats filed a lawsuit against the House of Representatives for adjourning sine die, Tuesday afernoon. The Florida Supreme Court has  ordered the House to respond to the suit by 10 a.m. Friday.

Sen. Jack Latvala noted that the remark “absolutely disgraceful for a public official to say.”

The level of acrimony between the House and Senate is at an all-time high. From the beginning there have been attacks, some personal. Sens. Rene Garcia and Garrett Richter were criticized for traveling to Baltimore earlier in the session to discuss the Low Income Pool. Sen. Tom Lee earlier in the session described the dysfunction as a problem for the Republican Party in America and said the House and governor “wants this blood on their hands when the cart goes into the ditch.”

As negotiations worsened, a frustrated and angry Latvala took down “immoral minority” flyers that were pasted in the Capitol elevators and left on chairs throughout the building identifying 13 House Republicans opposing the Medicaid expansion, one of which was Latvala’s son, Chris Latvala. The flyer was based on a Tampa Bay Times editorial Tell the Legislature’s Immoral Minority to Expand Medicaid in Florida.

Unable to work on the only must-pass bill of the year the House of Representatives on Tuesday abruptly finished its session, sine die. Senate Democrats filed suit saying the action violated the state Constitution.

Former lawmaker Mike Fasano posted “the younger @mattgaetz certainly doesn’t help dad if he decides to run statewide. Put Pinellas & Pasco in the no thanks column.”

Nearly 2.5 hours after the initial tweet Gaetz went back to his Twitter. He didn’t reveal what he meant by the tweet but, instead, started another controversy by posting “I’m sure liberal members of the Senate  would rather talk about a tweet than about forcing Obamacare on Florida.”

Gaetz did get support from one follower who agreed that the exchange was all a “smokescreen” and that supporters most likely haven’t read the federal health law that she called a “tax bill.”

But most of the remarks again were negative. Gawker.com senior writer Adam Weinstein tweeted “@mattgaetz delete your account apologize to your father quit drinking.” Weinstein has more than 13,000 followers on twitter.

previousUber joins Goodwill for #UberSpringCleaning in SW Florida on Saturday