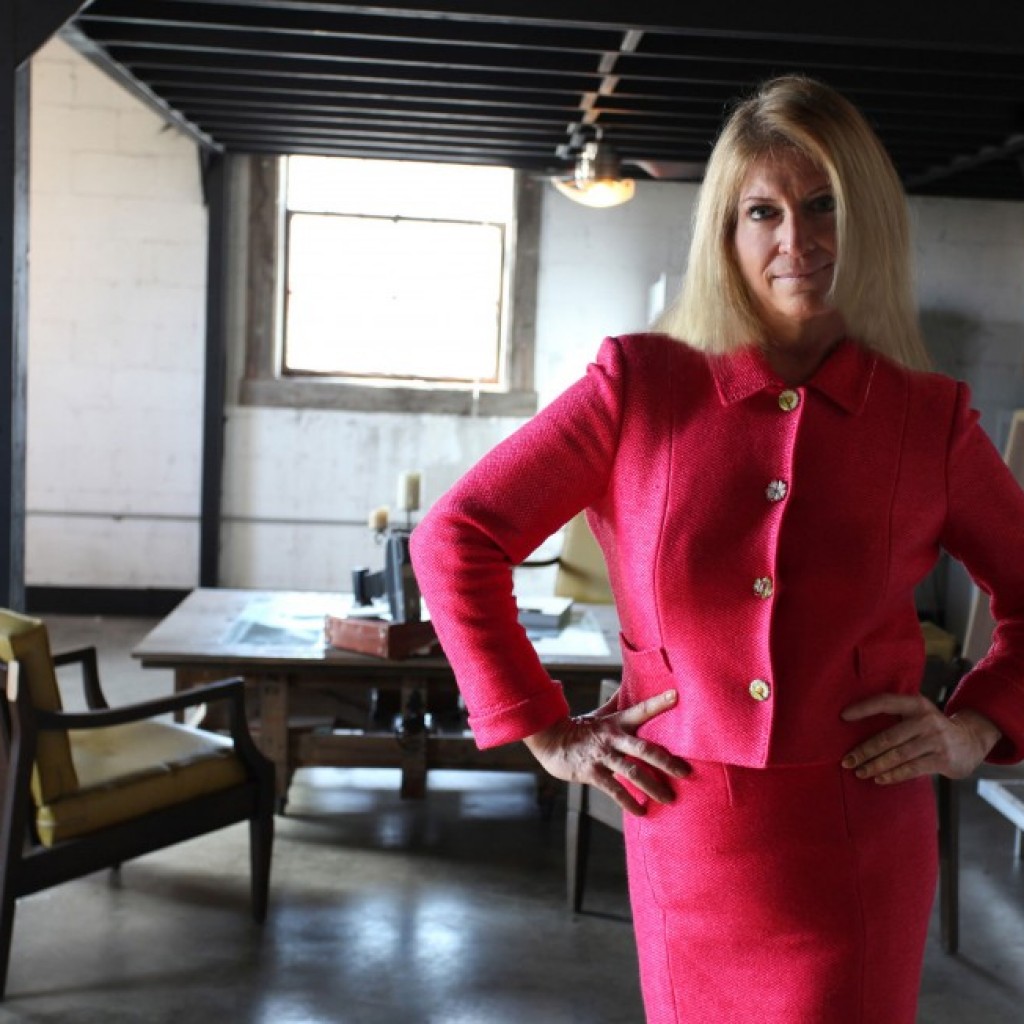 Susan Glickman’s apparent absent-mindedness could come with a steep price tag: a trip before the state ethics committee.

Last month, SaintPetersBlog called out Glickman, an “unofficial” lobbyist – at least at the time — on her “hypocritical” transparency problem. The Indian Rocks Beach resident has been director of the Southern Alliance Clean Energy Fund since 2013.

In March, Glickman appeared before the Senate Appropriations Committee to discuss the importance of registering lobbyists. A search on floridalobbyist.gov showed she herself had not registered, despite appearing as a lobbyist before at least three committees during Session.

“Tery White,” a concerned conservative activist from Jacksonville, also took note of Glickman’s glitch. White filed an official complaint with the Florida Commission on Ethics, as well as sending a letter to Rep. Ritch Workman, chairman of the House Rules, Calendar & Ethics Committee.

White’s rationale is simple. Florida law states, “A person may not lobby … until such person has registered as a lobbyist with the commission.”

“According to Sec. 112.3215 (3), Fla. Stat. and Joint Rule 1.1, Ms. Glickman was required to register as a lobbyist and has failed to do so. It is up to your committee to determine how much other lobbying Ms. Glickman may have done and hold her accountable to following the law,” the letter states.

The complaint was notarized April 17, one day after Glickman’s appearance before the Energy & Utilities Subcommittee.

In all, Glickman had appeared before legislative committees on three occasions in 2015:

Each time, Glickman filed appearance records as a registered lobbyist, although her name was nowhere to be found in the state’s online tracking system while she was lobbying before the Legislature.

Glickman did not appear to have actually registered for 2015. Nor was she listed in the lobbyists’ registration system. Her name was then discovered – albeit later – in a search on the Florida Lobbyist Registration and Compensation page.

However, that was after the fact, evidenced by the new filing.

Glickman – who has been around the Florida Capitol for years – will now have to contend with the business end of an ethics complaint, long after the end of the 2015 Legislative Session. 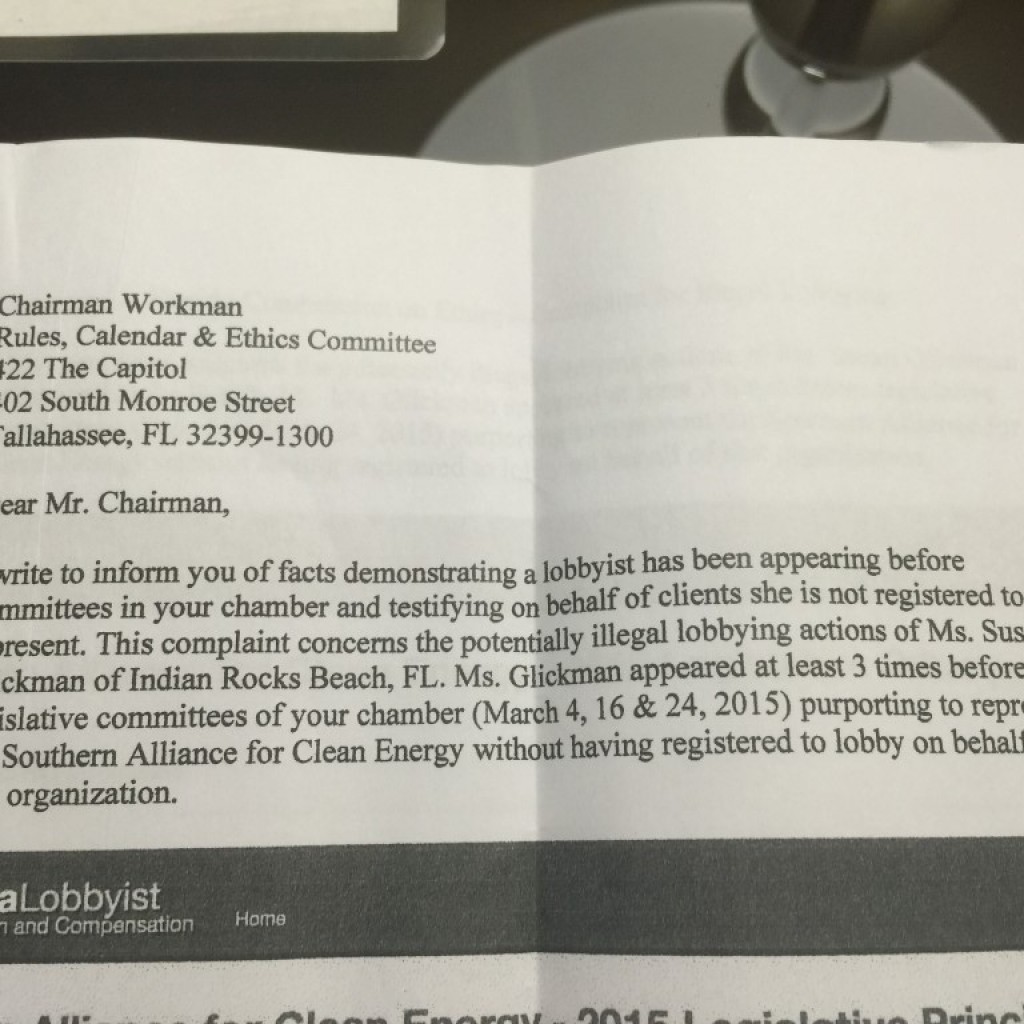 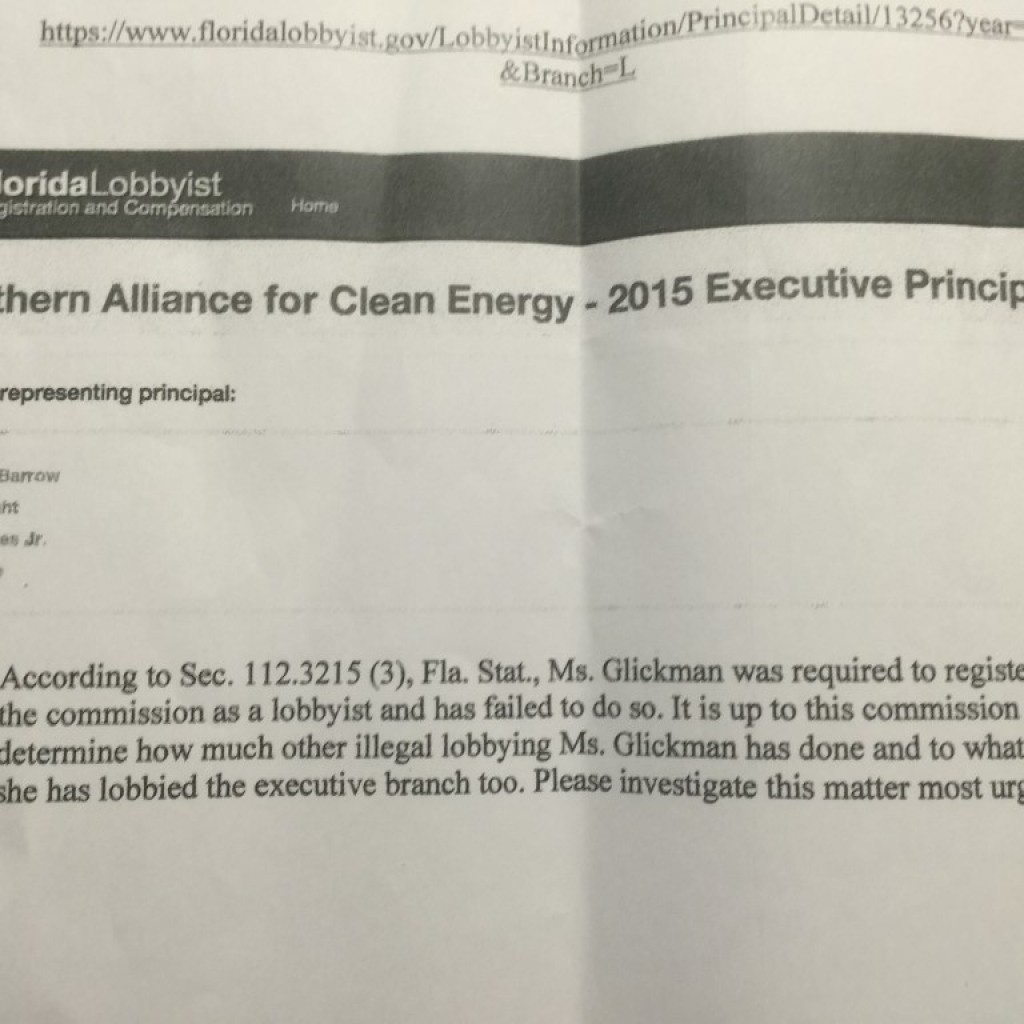 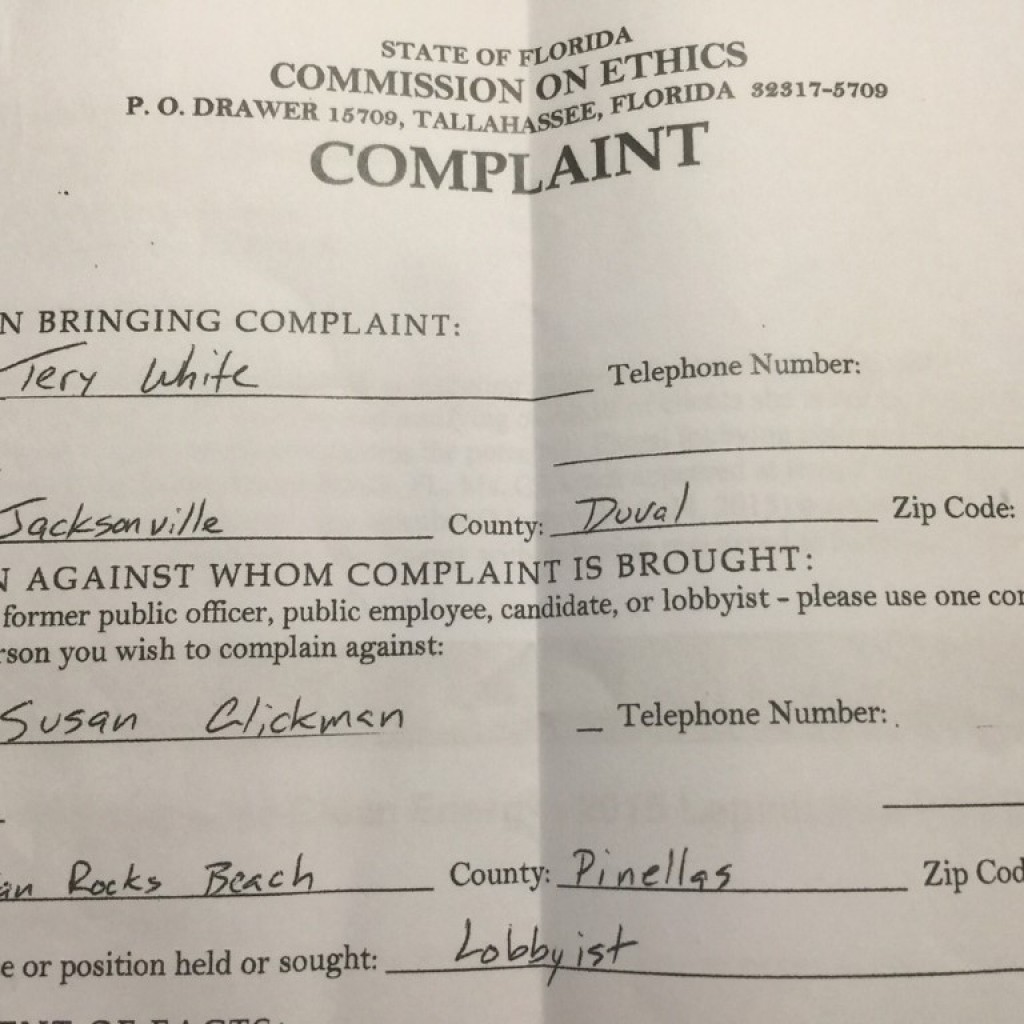 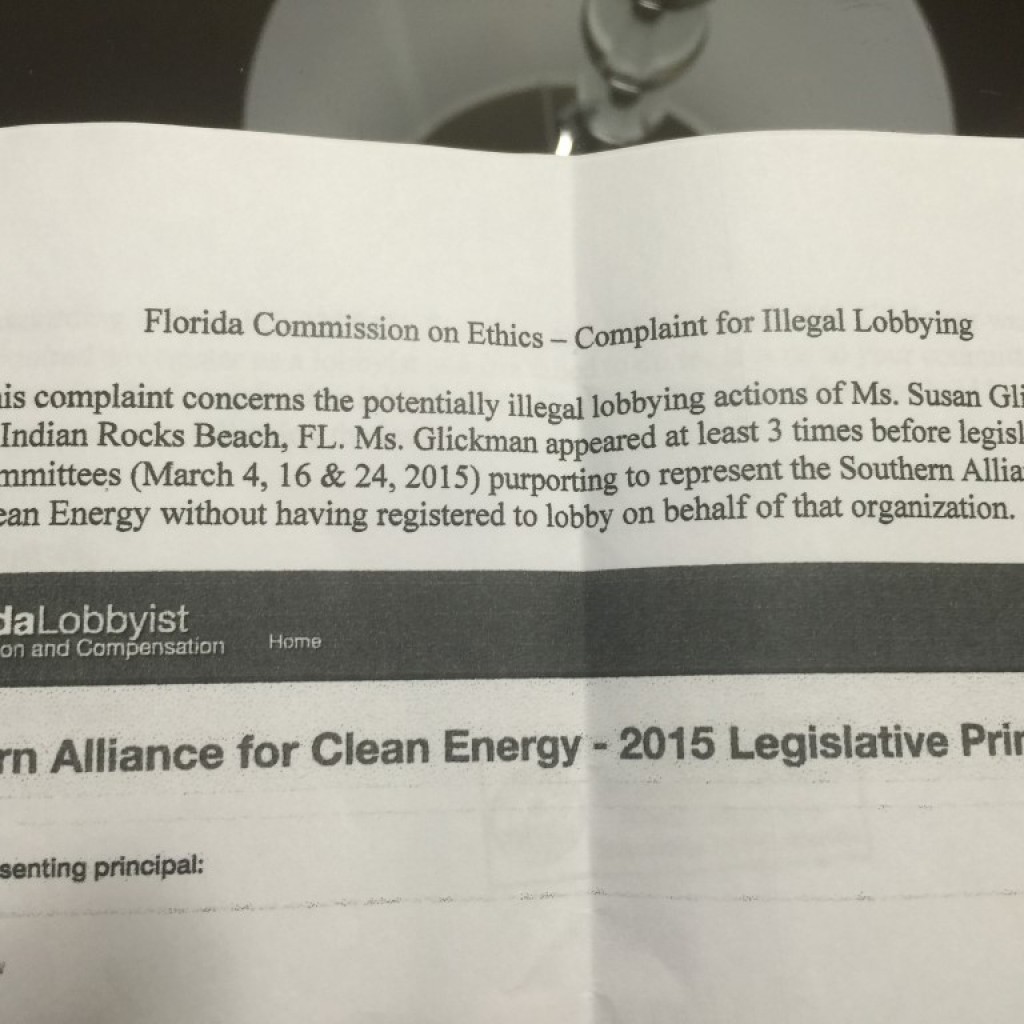 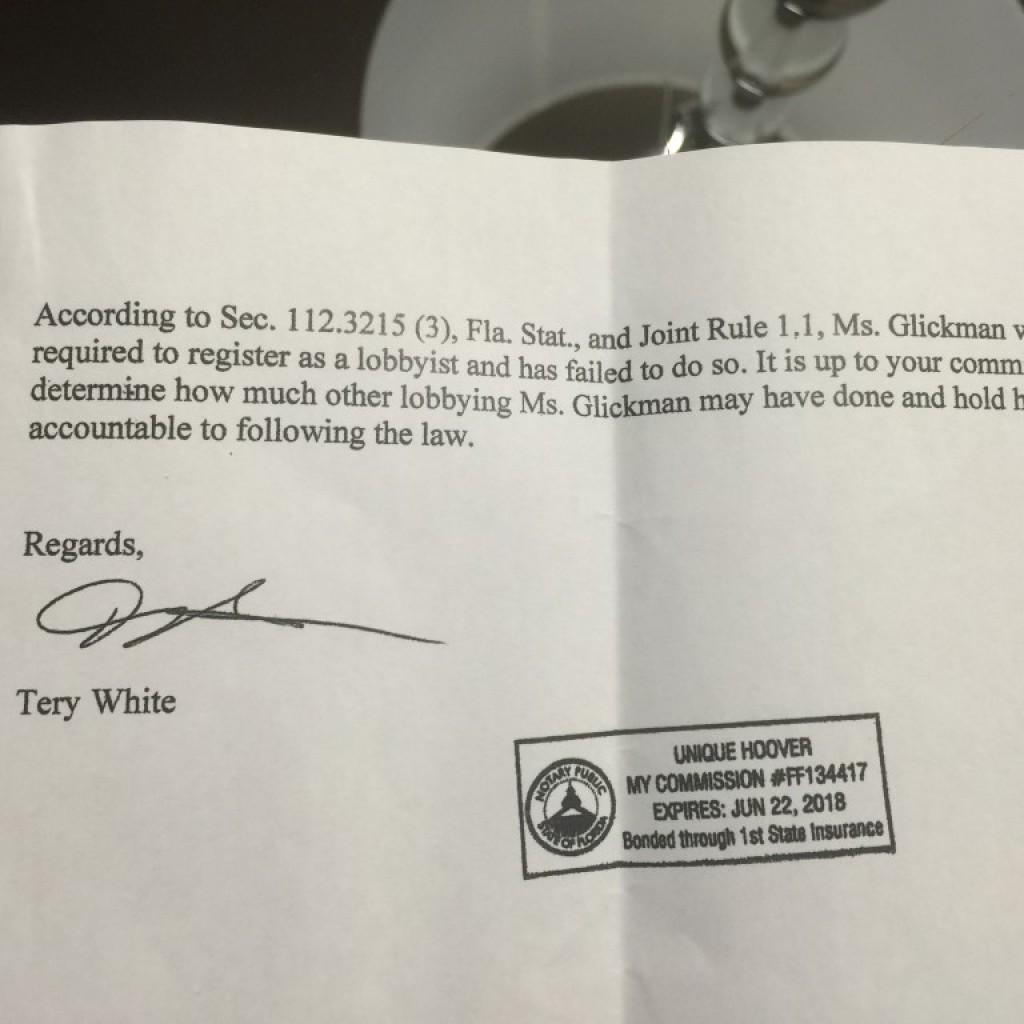 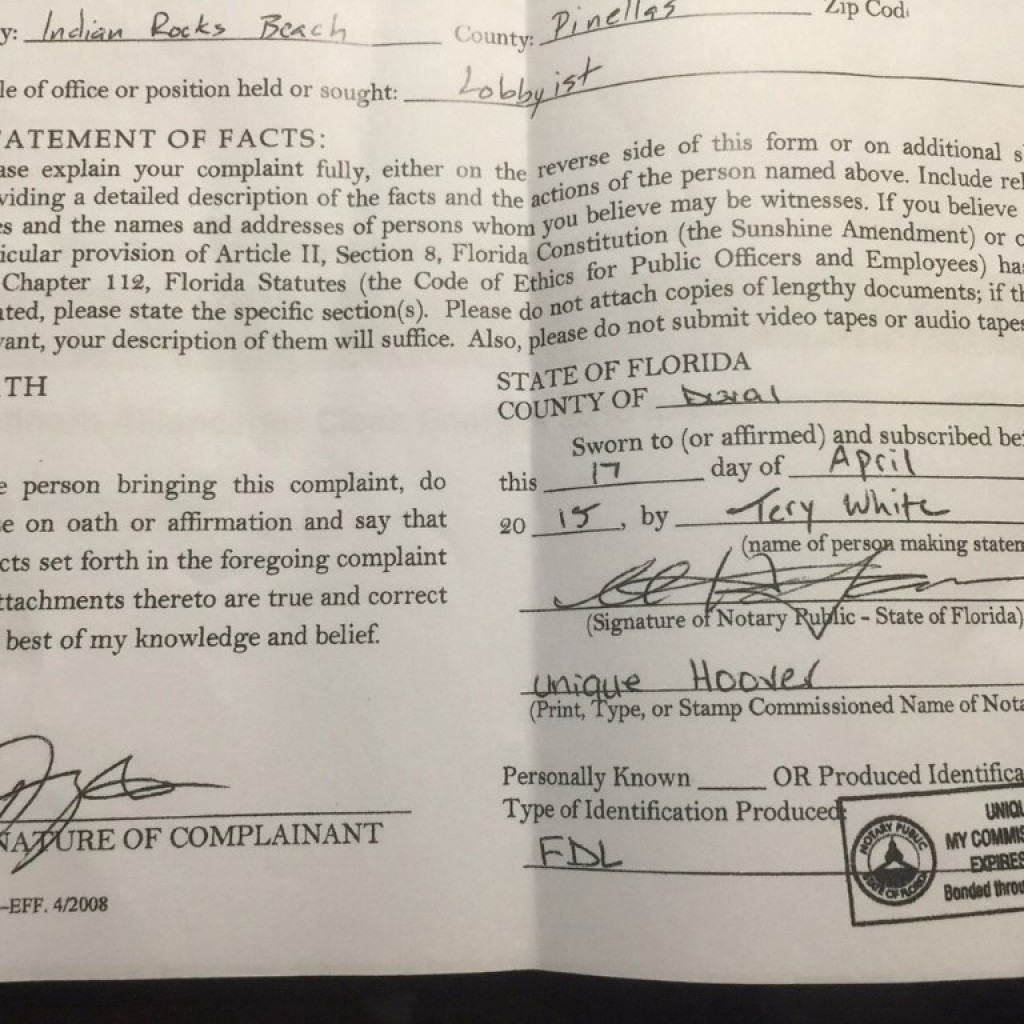 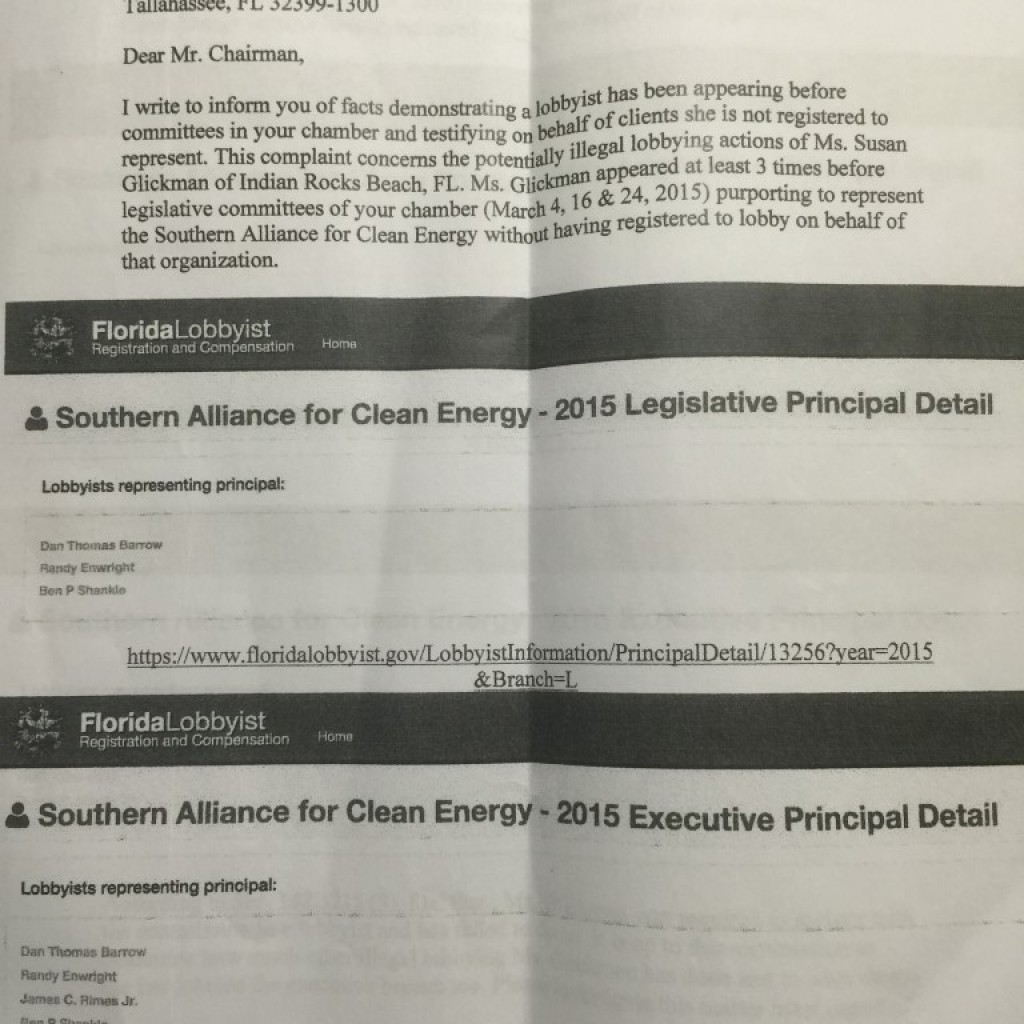 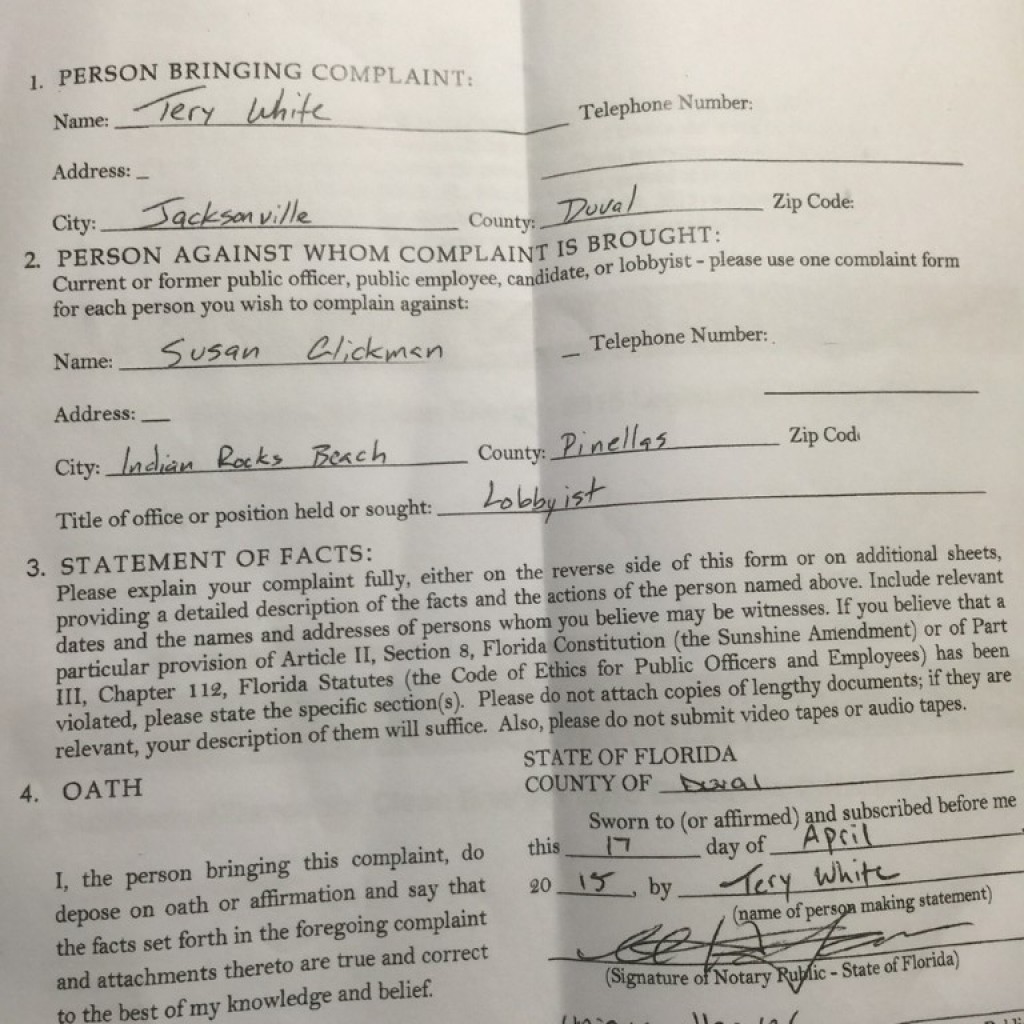