In Tampa, Jeb Bush says post-Charleston: "We need to bring love back into our society" 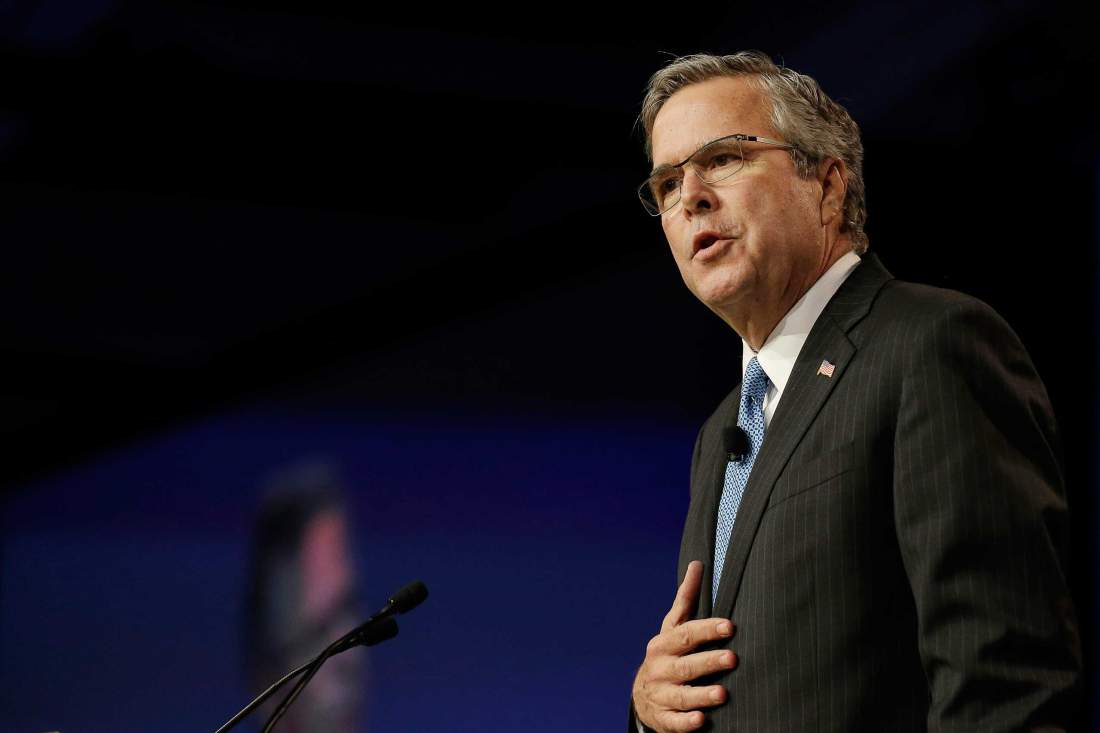 Although he was criticized earlier on Friday for seeming to downplay the racial aspect of 21-year-old Dylann Roof’s murdering nine people in a historic black church in Charleston on Wednesday night, Jeb Bush had no problem acknowledging that fact while addressing approximately 500 people at the Hillsborough County Republican Lincoln Day Dinner in Tampa on Friday night.

While Martin O’Malley and Barack Obama  dared to bring up the issue of gun-control on Friday in the wake of the stunning massacre, Bush instead said that love and unity were the elixirs that could heal a divided nation.

“We need to find ways to bring love back into our society,” he said. “For people if they have these problems, there has to be a better way to deal with than this. Our country will be torn apart unless we come together, both acting on our faith and across the board, we need to come together. There’s too many divides in this country, and people in public life need to make every effort possible to bring us together,” he said as a huge cheer went up in the hall.

A moment later the audience roared even louder when he moved off the topic and acknowledged that just in case they had forgotten,  “I’m a candidate for president of the United States.”

Bush then said that one of his statewide campaign offices would be housed in Tampa.

He then went into what is becoming his basic stump speech, and was certainly familiar territory for those who heard his speech at Miami Dade College’s Kendall campus on Monday afternoon.

He was somewhat charitable in speaking about Barack Obama’s appeal in 2008, before he lowered the boom.

“We’ve had a president whose been a great talker. Wow. I’ve seen him give speeches. He’s eloquent. He’s gifted in that regard, and had a unique background that was the marvel of many people,” Bush began.”I too marveled at the American dream evidenced by a unique person, Barack Obama.”

But then came the chaser.

“But he’s not a leader, and he’s a left-wing ideologue, and he has created bigger divides and he has made it harder for people to rise up,” before launching into offering statistics about how five million more people are now in poverty than before the president was elected.

He said the country needed leadership, “And I believe I am that man,” again eliciting a huge cheer from the crowd, which included congressmen David Jolly, Jeff Miller, Dennis Ross and Gus Bilirakis. Lieutenant Governor Carlos Lopez-Cantera (rumored to be announcing his candidacy for U.S. Senate Saturday night in Miami) was also in attendance, along with a long list of Hillsborough County public officials. Former House Speaker Will Weatherford was the master of ceremonies.

Bush used a considerable portion of the speech to take a deep dive into his record in Florida, with particular emphasis on his education reforms. But he also boasted about the jobs created and taxes cut under his eight-year reign that ran from 1999-2007.

He again repeated what has become his economic mantra – that if he’s elected he will promise a four-percent growth rate in this country (a higher level of growth than was ever achieved under Presidents George H.W. Bush and George W. Bush).

Bush’s closing pitch was effective: He said a conservative he knows how a conservative will win, and it won’t be by focusing on how negative things are.

Sounding like Ronald Reagan, Bush said he believed that people that aren’t Republican, “are possible Republicans. They just don’t know it yet because they haven’t been asked.”

And then like clockwork, the speech hit the twenty-minute mark, and the former governor was quickly whisked away to get home to Miami, after his first full week as an “official” candidate.

But he won’t be gone for long. Bush has a campaign fundraiser scheduled for this Monday afternoon back in Tampa.