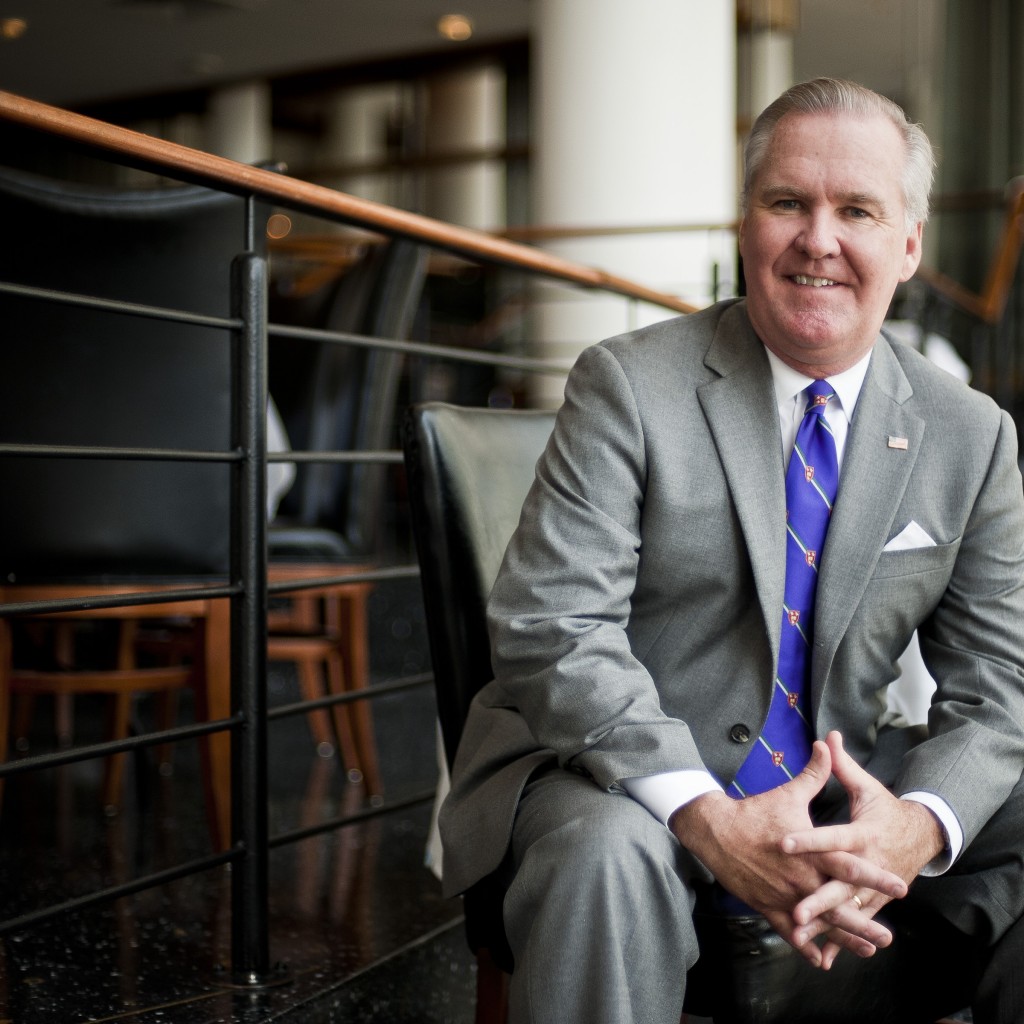 Bob Buckhorn travels to Tallahassee Friday in what is being seen as his first overt move to broaden his statewide appeal in advance of 2018, when he’ll likely take a run at the Democratic nomination for governor.

The Tampa mayor speaks to the Tallahassee Tiger Bay Club on Friday, as well as tape an appearance on the local public affairs program, The Usual Suspects. The visit comes just a few months after Buckhorn breezed through a re-election “campaign,” complete with receiving a walloping 96 percent of the vote, with the only token opposition coming from a write-in candidate with a criminal history.

What should be interesting to hear at Tiger Bay is how the mayor will adapt the tenants of his basic stump speech to an out-of-town audience. Undoubtedly he’ll weave a narrative describing how Tampa fought through the depths of the Great Recession to emerge as a stronger city, “blazing a trail that others could follow,” as he said in his inauguration address in April.

It’s been a largely successful and high-profile first term that allowed him to personally benefit on the national and even global stage as the host of the Republican National Convention in August 2012, as well as the Bollywood Awards in 2014. “We will dance like we’ve never danced before,” the mayor promised in the fanciful lingo that he employs when revving up a crowd.

There’s been a little luck along the way as well. It’s worked out nicely that he’s been blessed with not one, but two billion-dollar development projects currently underway: the expansion of Tampa International Airport and Channelside developer Jeff Vinik‘s ambitious plans to turn part of downtown Tampa into a thriving urban neighborhood, anchored by a USF medical facility that escaped Rick Scott‘s veto knife on Tuesday. The extension of the Riverwalk was also aided by a nearly $11.9 million grant, demonstrating that big cities seem to do better when there’s a Democratic president in office.

Hurdles have already surfaced just a few months into his second term, though.

First of all, there’s been the increase in homicides in Tampa in 2015, after an unprecedented decade-plus reduction in crime in the city. A subsequent remark about one of those young black men slain prompted a virtually unprecedented less-than positive critique in the Tampa Bay Times.

The mayor was also caught flat-footed in the wake of a Times report that said that his Police Department has been disproportionately citing blacks for bicycle infractions. The paper reported that 79 percent of people cited for bicycle violations in the past 12 years were black, and the total number of citations were more than Jacksonville, Miami, St. Petersburg and Orlando combined.

The usually voluble leader maintained radio silence for days after the story first went online, before announcing with his police chief that the city had asked the U.S. Department of Justice to review the police department’s  traffic citations of cyclists. Despite calls by the NAACP and ACLU to call off the current policy, the mayor and now new chief Eric Ward have dug in and resisted those efforts.

But what will be an interesting challenge for Buckhorn going forward is how much he plans to be involved in advocating for the half-cent road maintenance/transit tax, which seems on its surface designed to attract more votes from those living outside of Tampa than in the city.

“We need more choices, walkable streets, rail to the airport, to our jobs centers, and eventually to St. Petersburg,” Buckhorn said in his soaring rhetoric in April, but many transit supporters question what, if anything, this newly unveiled plan will actually do for Tampa.

For all of the talk about how bad the 2010 referendum was that rejected by county voters, it includes a full-cent sales tax that was crafted 75 percent toward transit (and actually won more votes in Tampa). The new proposal is just a half-cent (something  even Plant City Mayor Rick Lott says is too low), with only a third of that devoted to transit. The mayor has tried to spin the math to say that it will provide enough to present maybe a “starter line” to the airport, but can he persuade others to the cause?

“Just seeing parts of it, I’m not sure we’re going to be able to do a lot of things that we want to do,” HART Chairman and Tampa City Councilman Mike Suarez cautioned after the Go Hillsborough plan was released.

Undoubtedly the resounding defeat of Greenlight Pinellas lowered expectations among city and county leaders, who point to a poll shown that a one-cent sales tax wouldn’t win support.

But Tea Party critics aren’t going to go for a half-cent either, and whether the plan gets buy-in from the Sierra Club is very much an open question at this early juncture.

So how hard does Buckhorn push for a transit measure that one would think could be part of his legacy? And what if it succeeds? How well will the fact that he led a campaign to have Hillsborough charge the highest sales tax in Florida play in the hands of Adam Putnam or whomever the Republicans nominate to be their gubernatorial nominee?

We’ll all see how that plays out over the next couple of years. Until then, it’s just a day in the state Capitol.