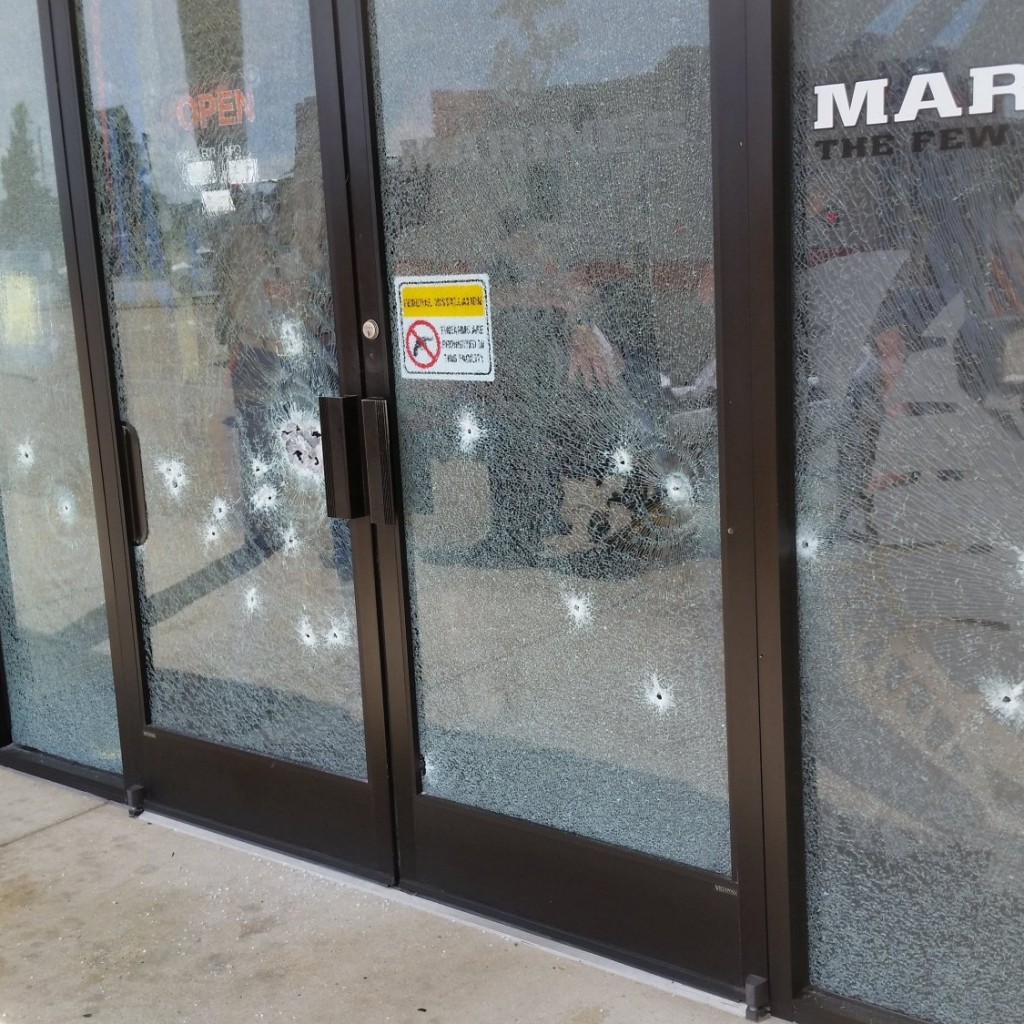 The order also makes sure all qualified full-time guardsmen are adequately armed for personal protection.

Abdulazeez, a resident of Hixson, Tenn., was killed by responding police officers after the rampage.

The text of Scott’s executive order is here:

WHEREAS, on Thursday, July 16th in Chattanooga, Tennessee, four United States Marines were targeted and murdered, along with at least three others who were injured, in what some U.S. officials are calling an act of domestic terrorism at a United States Armed Services recruiting center and a Naval Reserve Facility; and

WHEREAS, according to news reports, there have been multiple other attacks planned by ISIS against United States military members on foreign and domestic soil; and

WHEREAS, the United States Military and the Florida National Guard serve our country with bravery and honor and protect the freedom of our nation; and

WHEREAS, the state will take any and every measure available to secure military personnel against the planned attacks of ISIS, inducing but not limited to securing the work areas and recruiting stations for the Florida National Guard, which the state directs; and

WHEREAS, the state can begin to streamline the application process for military men and women to apply for a Florida concealed weapons license to ensure Florida Guardsmen and other United States military personnel who have signed up to serve their country in battle abroad can also adequately defend themselves at home.

NOW, THEREFORE, I, RICK SCOTT, Governor of Florida, by virtue of the authority vested in me by the Florida Constitution, and all other applicable laws, hereby promulgate the following Executive Order, effective immediately:

Section 1.       In the interest of immediately securing Florida National Guardsmen who are being targeted by ISIS along with other US military personnel, I hereby direct Florida Adjutant

General Michael Calhoun to direct all Florida National Guard personnel at the state’s six store-front recruitment facilities to relocate to their nearest Florida National Guard armory. These Guardsmen will be relocated to armories until General Michael Calhoun can fully evaluate and make recommendations for improving the security of store-front recruitment centers. Such possible infrastructure improvements shall include, but not be limited to, installing bullet-proof glass and enhancing video surveillance equipment.

Section 2.         I hereby direct Florida Adjutant General Michael Calhoun. to begin discussions with local law enforcement agencies to arrange regular security checks for Florida National Guard armories. Such scheduled security checks can then be increased or decreased based on the acuity of the national security threat to the area.

Section 3.       Thereby direct Florida Adjutant General Michael Calhoun to ensure that all qualified full-time guardsmen are adequately armed for their personal protection. This shall include, but not be limited to, the provision of arms for those fulltime Florida Guardsmen who do not currently have their own weapon issued to them. For those Florida Guardsmen who need a new state concealed weapons permit, the state will support the expedited processing of licenses for those soldiers.

previousJeb Bush big reveal: He is an Apple fan