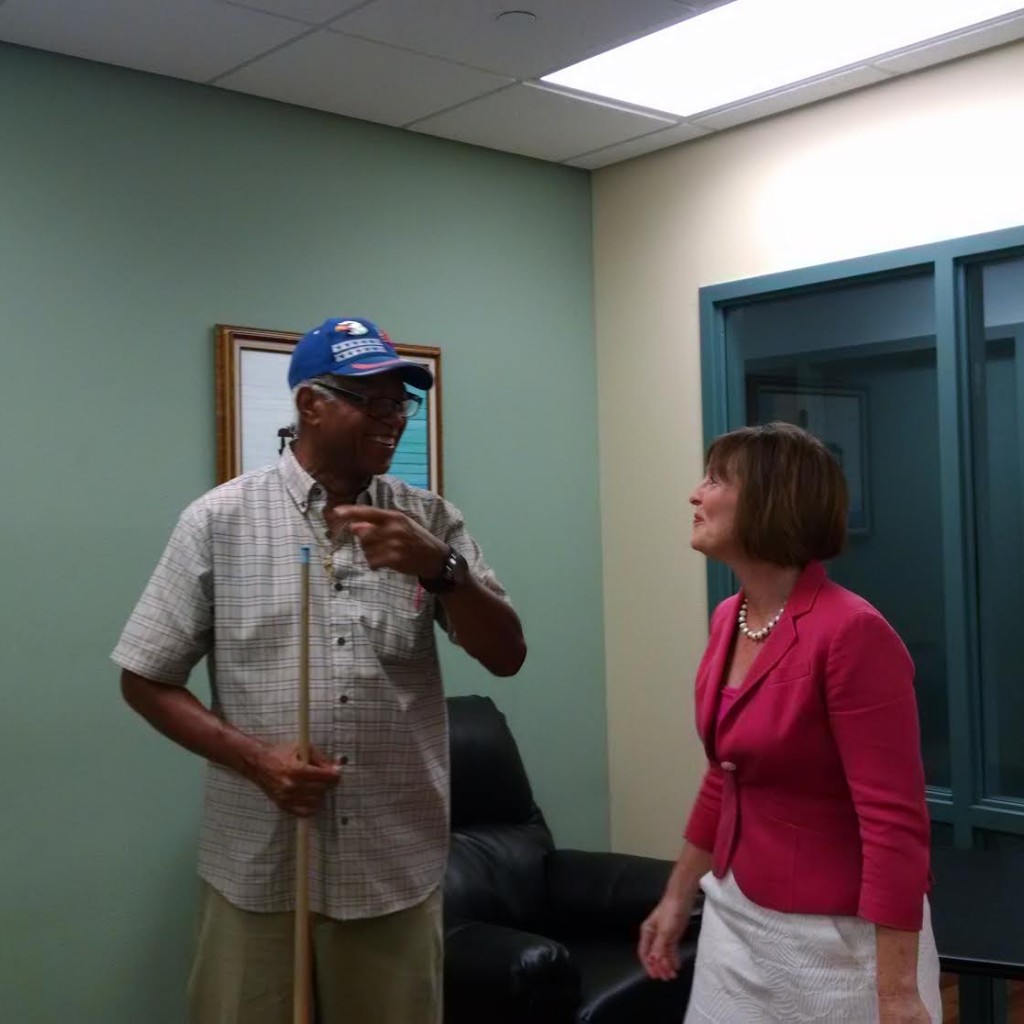 The issue of Medicare made its first big entrance in the 2015-2016 presidential campaign last week when Jeb Bush said at a Koch brothers event in New Hampshire that Congress should phase out the program.

“We need to make sure we fulfill the commitment to people that have already received the benefits, that are receiving the benefits,” he said. “But we need to figure out a way to phase out this program for others and move to a new system that allows them to have something, because they’re not going to have anything.”

Faced with an immediate backlash that his comment was out of the mainstream, Bush backed off and said his statement was taken out of context.

“Unlike a lot of the rhetoric from the other side of the aisle, it’s stronger. We’ve lengthened it by number of years, but we’ve got to keep on the reform,” she said after making an appearance at a senior center in Tampa.

Bush’ comments echoes those of 2012 GOP vice presidential nominee Paul Ryan, who has said that Medicare won’t have enough money to pay for benefits by 2026.

That ignores the report from the trustees of Medicare, which last week reported that spending projections for the health care program for the elderly is now down to 6 percent of GDP by 2019, as opposed to 13 percent of GDP by 2080, as they had previously stated.

But there are still issues with the program. The trustees now project that the Part A trust fund will be depleted in 2030.

Castor says that the program could do more in terms of prescription drugs. “Allowing Medicare to compare prices could bring billions of dollars” of savings, she said, adding  also that combating fraud and abuse remains a major issue as well.

Thursday marks the 50th anniversary of President Lyndon Johnson signing Medicaid and Medicare into law. Castor  celebrated the occasion by spending time at a senior center Monday morning to tout new bipartisan legislation that she is co-sponsoring called the RAISE Family Caregivers Act, which would create a national strategy to support caregivers.

Appearing at the center known as Oaks at Riverview, Castor was accompanied by Jeff Johnson, AARP’s Florida state director. AARP is working with Castor on the legislation, and to show its support the organization paid for a full-paid ad in Monday’s A section of the Tampa Bay Times.

“I think it’s very forward for Congress under Congresswoman Castor’s leadership to say, ‘Let’s take a step now, to look at an overall plan on how we make sure support caregivers, as they do the great work taking care of us as we age,'” Johnson told a group of about 30 seniors who gathered to hear him and Castor speak.

“I want to help give families the tools they need to take care of their parents, and their aunts and uncles, and grandparents,” Castor said. Since Americans are living and working longer than ever, she said, a lot of women increasingly need help as their loved ones begin having more complications as they age.

Among the measures that could come out of that study could mean more earned sick leave time, more family leave time and requirements that doctors take a more active approach with caregivers.

nextState to tribe: Prepare to end blackjack games at casinos