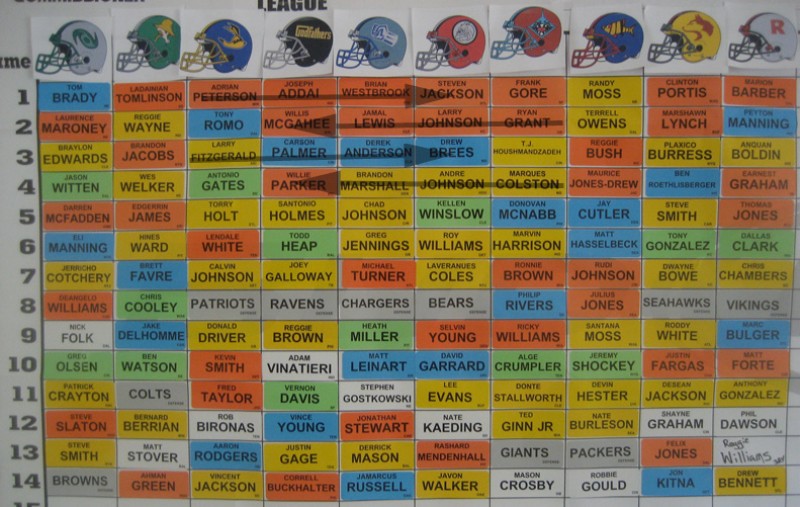 The fantasy sports industry is turning to one of Florida’s most prominent governmental affairs firms for a real-world assist with state government.

DraftKings Inc., FanDuel Inc., and the Fantasy Sports Trade Association have retained Ballard Partners to represent them before the Florida Legislature and the executive branch.

DraftKings, based in Boston, and FanDuel, operating from New York, are the largest single-day fantasy sports websites.

The websites works like this: Instead of selecting players for an entire season like traditional fantasy sports, DFS matches require a person to pick a lineup for a single night (or week as in the case of pro football), while staying under a salary cap. Participants can play one-on-one battles with their friends for free or a set fee, or join a one-day league with the winner taking all.

Just as when FanDuel become a part of the Internet Association — a trade group currently inhabited by technology firms such as Google, Facebook, and Twitter — it’s expected that hiring a lobby firm will help the companies “participate and engage on important policy issues affecting Internet companies,” according to FanDuel CEO Nigel Eccles.

Specifically, the DFS companies will likely be looking for Florida policymakers to recognize the reality that the websites do not involve gambling, but rather are skill-based entertainment options.

Look for Ballard and his firm, including new hire Brady Benford, to lobby lawmakers and state agencies on DraftKings’ and FanDuels’ behalf as Gov. Rick Scott and the Legislature attempt to negotiate a new compact with the Seminole Tribe of Florida and reset the framework for gaming in Florida — just as long as its clear that Daily Fantasy Sports is not gambling.

“We’re excited to represent an industry that’s been a part of our social life for so long,” firm president Brian Ballard said. “Protecting the rights of fantasy sports participants will be a privilege.”

Fantasy sports became a real life thing in the 1980s, when it was called Rotisserie Baseball, started by journalists (such as Daniel Okrent, The New York Times’ first public editor), and then took off when it expanded to football in the 1990s. Mainstream media organizations such as ESPN, Yahoo and CBS took advantage of the situation, helping the industry grow, as fans found a way to get even more engaged in their favorite sports by drafting players and tracking their performances in real time.

More than 56 million Americans now play fantasy sports in the U.S. and Canada, nearly double the amount who participated in 2009, according to the Fantasy Sports Trade Association. Those fans end up spending on average $465 annually on league-related costs, single-player challenge games, and league-related materials.

Though the industry began in 2007, it exploded in 2013, when DraftKings and Major League Baseball signed a deal that allows DraftKings to offer co-branded MLB daily fantasy games, with MLB purchasing a stake in the company. They also have deals with the NHL, and Madison Square Garden.

Meanwhile, FanDuel signed a four-year deal with the NBA in 2014, with the league becoming an investor.

Last year, FanDuel made $57 million in revenue, while Draft Kings has made more than $100 million since its creation in 2012.

According to the Fantasy Sports Trade Association, a third of all players are female, the average age is 37, and favorite fantasy sport in the country is football, where 73 percent of users participate.