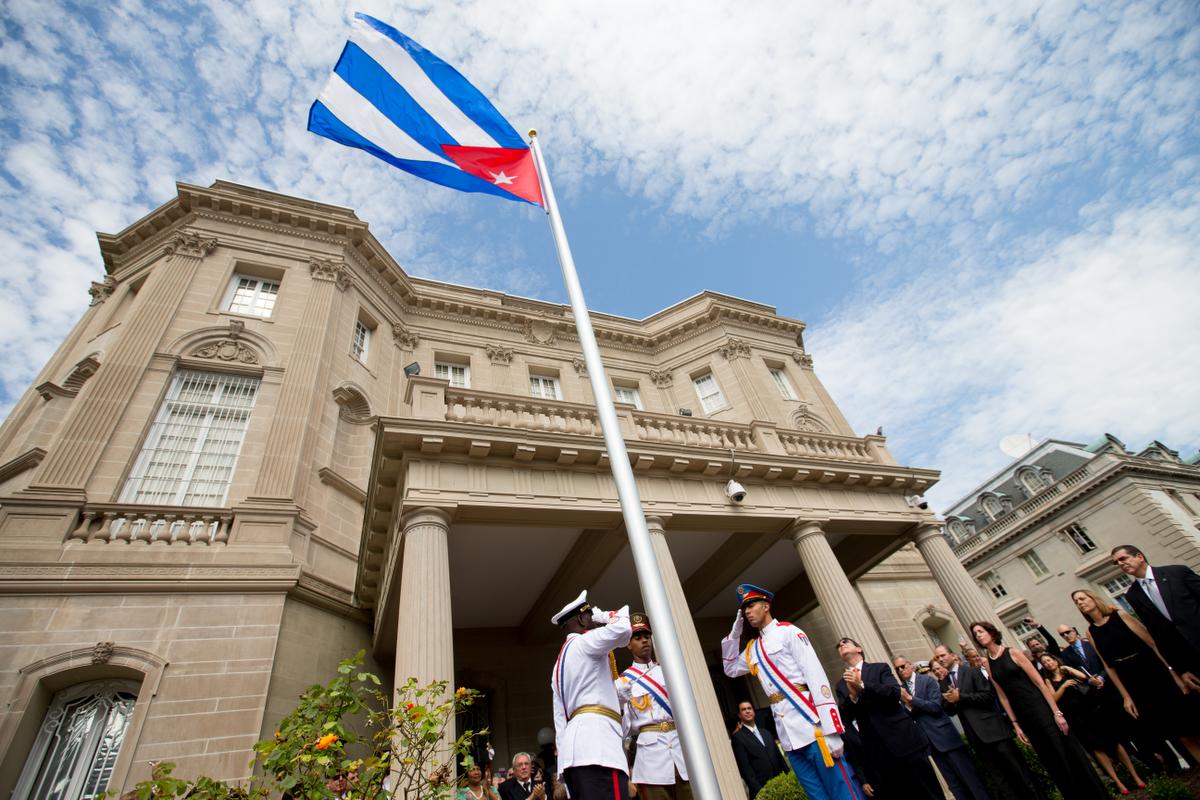 In New York City Friday morning, Florida Sen. Marco Rubio offered a three-point plan to deal with Iran and Cuba, and said if elected president, he will invite dissidents from those two nations and other countries with repressive governments to his inaugural address.

Kerry says he will meet dissidents at a gathering later in the day at the chief of mission’s residence, as well as having an “open, free walk” in Old Havana. “I look forward to meeting whoever I meet and listening to them and having, you know, whatever views come at me,” he said.

“The same president who visited a U.S. prison to talk about inequities in our criminal justice system is silent about the fact that minor offenses in Iran and Cuba are punishable by indefinite detention, torture, or even death – and these offenses often include nothing more than speaking out with the wrong political opinion,” he said.

Rubio criticized Obama as having misplaced priorities when it comes to Cuba and Iran. He contended the president focuses his criticisms at Republicans, such as the Florida senator, who oppose resuming diplomatic relations with Cuba and his nuclear deal with Iran, instead of attacking the leaders of the repressive governments.

Rubio then invoked his three-point plan to deal with both countries.

On Iran, he said if elected president, he would reimpose sanctions on Iran and ask Congress to pass “crushing” new measures that target human rights abusers and Iran’s leaders involved in financing and overseeing Iran’s sponsorship of terrorism.

He would also would end sequestration for the military, ensuring that the U.S. military would be positioned to signal readiness and “restore a credible military option” in the Middle East.

And he would impose “crippling” sanctions back on Iran, and will demand that Iran “terminate” their nuclear program. “Iran will never be allowed to build a nuclear weapon if I become president – not now, not decades from now,” he said.

One Cuba, he says on the first day of a Rubio administration, he would give the Castro brothers a choice: either continue repressing their people and lose the diplomatic relations and benefits provided by President Obama, or carry out meaningful political and human rights reforms and receive increased U.S. trade, investment, and support. He would also return Cuba back to the extremely short list of state sponsors of terrorism that the State Department revoked this year (along with Iran, Sudan and Syria).

And he says he would do “everything in my power’ to support Cuba’s pro-democracy movement.