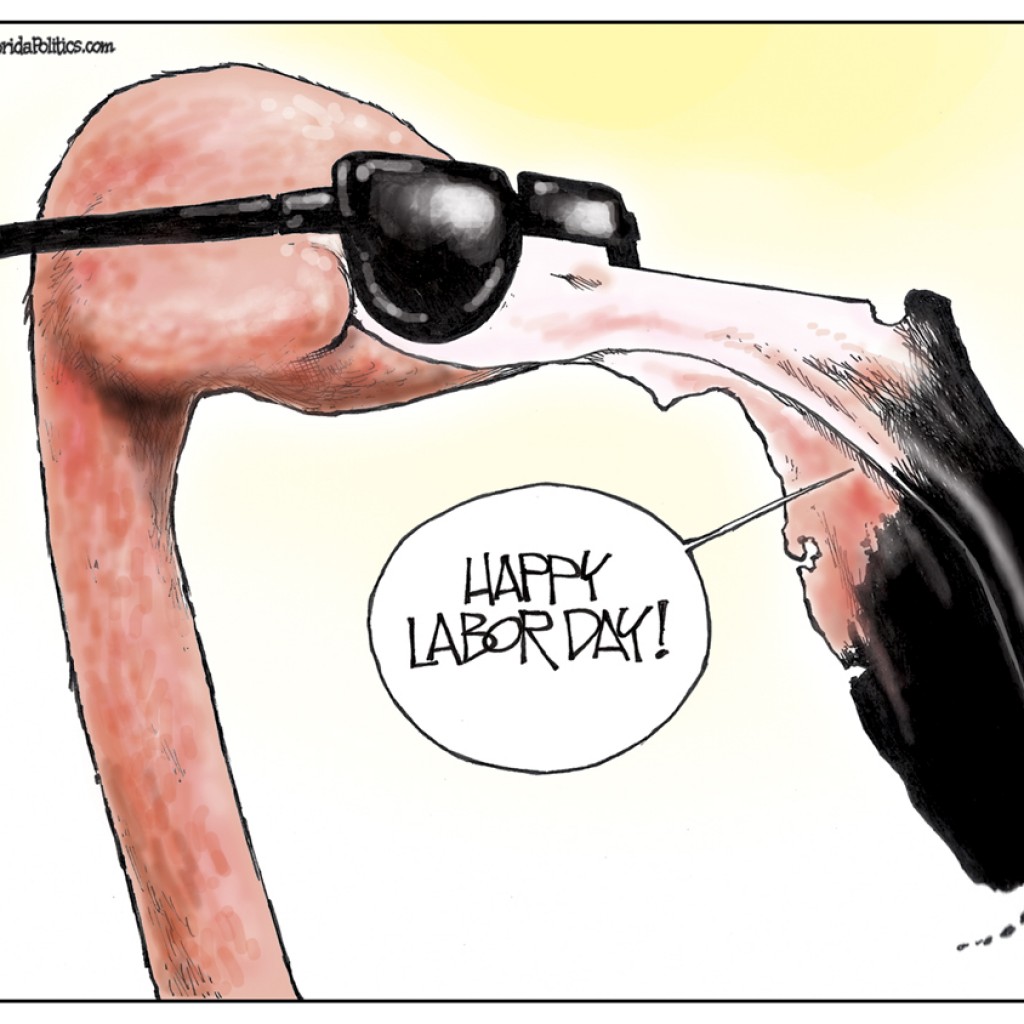 Amid the parades and barbecues, the meaning of Labor Day often gets lost on contemporary Americans, particularly in Florida, where unions scarcely carry political or cultural clout outside of Palm Beach, Broward and Miami-Dade counties.

But as we celebrate the holiday, let’s take a moment to honor those who persevered through  dangerous working conditions and violent hostility from robber barons and Pinkerton agents in order to bring us the abolition of child labor, the minimum wage, and the 40-hour work week – though in the political industry, the latter is a luxury few enjoy.

Besides feeling grateful for them and folks putting away their white pants for a while, here are a few things to consider over the long weekend.

The Broward Police Benevolent Association made news this week when it called for a national boycott of Arby’s after an employee in Pembroke Pines refused to serve a uniformed officer. So much for solidarity?

In Tallahassee, however, law enforcement enjoys solid representation in the Capitol. Between in-house consultants and contract lobbyists the statewide PBA alone employs almost 10 influence professionals on its behalf.

The lobbying corps heavyweights at Buchanan, Ingersoll & Rooney look after the interests of the Florida Police Chiefs Association while Lisa Henning of Timmins Consulting has the legislative backs of Florida State Fraternal Order of Police – who in turn, have our backs.

Though they’re under fire seemingly every year in Tallahassee, there’s always Florida’s teachers unions. Case in point, the Florida Education Association (FEA) is the largest union in Florida, with more than 125,000 members and with a lobbyist list 13 members long. Among those teacher union lobbyists are FEA President Andy Ford, Albert Balido, Tina Dunbar, Ronald Meyer, and Jeff Wright.

Miami-Dade County teachers also have six lobbyists, including Karyn Cunningham, Fedrick Ingram, and Joseph Minor, representing their interests through the United Teachers of Dade. And the faculty of Miami Dade College continues to get its lobbying done through Ana Alejandre Ciereszko.

Other membership unions in Florida approach the political process with fewer hands on deck. The Brotherhood of Locomotive Engineers and Trainmen has David Lavery as its solo lobbyist; the International Longshoreman Association Locals 1416/1922/1526/1408 lobbies through David Caserta.

Then there’s the SEIU — the Service Employees International Union — whose purple-and-yellow presence is regularly felt through the halls at 400 S. Monroe St., though much more loudly in states north of here — are now down to just one registered lobbyists: Alexander Samuel Ring.

Harbor pilots are an overlooked but vital part of the American infrastructure – after all, were it not for their intimate knowledge of Florida’s intricate waterways and shorelines, how would we get all the hot dogs and brewskis we enjoy during the first weekend in September?

Sarah Bascom and the Bascom Communications shop represents the Florida Harbor Pilots Association as do the folks at Smith Bryan & Myers, while the able hands of Ron Book handles Tallahassee business for Biscayne Bay Pilots. Port Everglades Pilots Association ponies up for Tallahassee representation as well, which they receive from PooleMcKinley.

Finally, the United Transportation Union has lobbyist Andrew Trujillo registered for its cause; and the Teamsters Joint Council 75 & Affiliates work with Missy Timmins and Ron Silver to work its political agenda with Florida lawmakers.

So as you enjoy your extra day off, spare a thought for all the labor that goes into speaking for labor – and indirectly, for all of us.

previousJesse Panuccio: Florida workers have much to celebrate this Labor Day