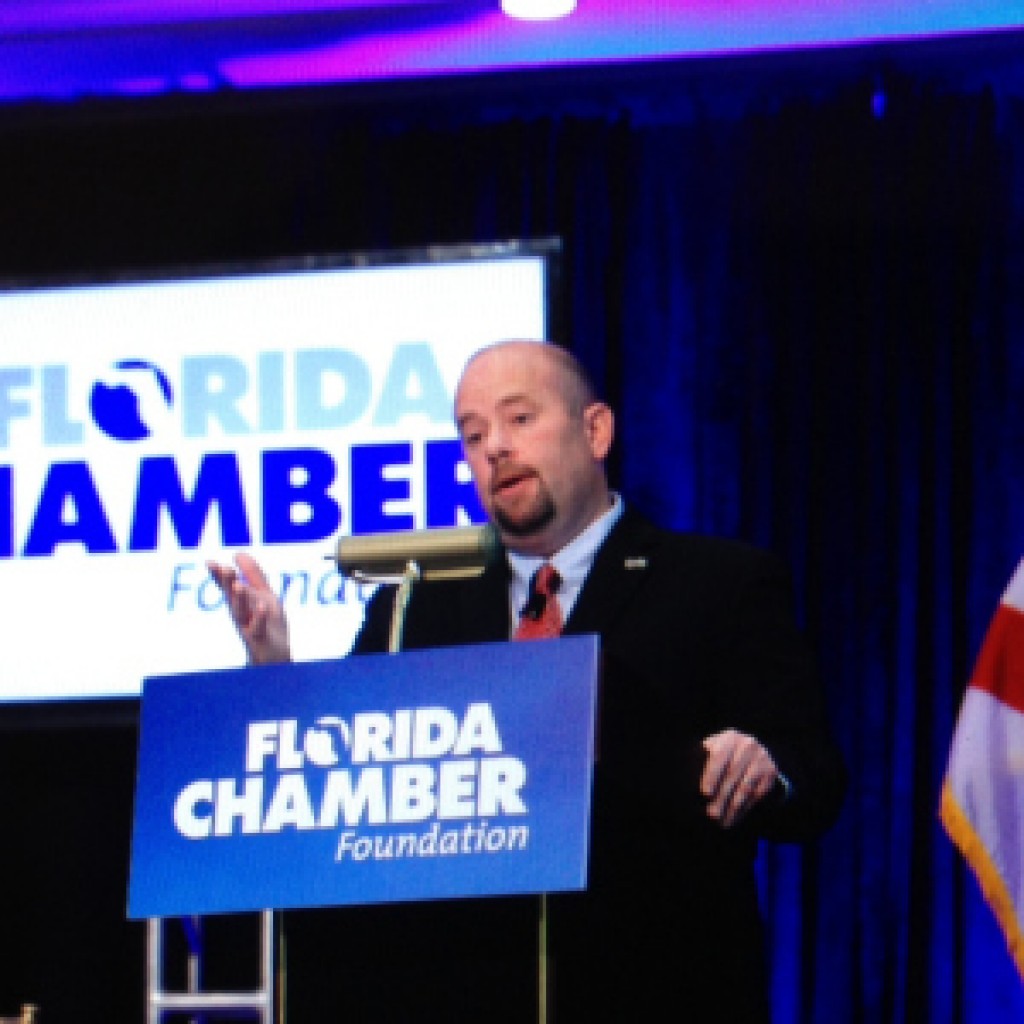 Many urban parts of Florida consistently rank as among some of the most dangerous streets in America when it comes to pedestrian and bicyclists safety. Acknowledging that reality, Florida Department of Transportation Secretary Jim Boxold said on Tuesday that instead of looking at those dismal numbers in a negative light, he believes it gives the state the opportunity to show the rest of the nation how to make streets safer. And he says that means a completely different approach to designing and building roads in the Sunshine State, with a “Complete Streets” approach.

“Which means that our transportation will be designed to ensure the safety of all its users,” Boxold said while speaking at the Florida Chamber of Commerce Future of Florida Forum in Orlando.”Whether you’re in a car, on a bike, or walking, or jogging.”

This is accomplished by “contextual design,” which actually means that the department rejects a one-size fits all approach to road design. That means that a state road in a heavily urban area like Tampa or Miami, with lots of bicyclists and pedestrians is going to be designed for all of those uses. Likewise, those elements won’t be incorporated in a more rural area. “We’re going to built the right street, in the right place, to serve the right function,” he said, adding that this represented “a major shift in thinking at Florida DOT.” He said it would be a long and difficult process, but “it’s absolutely essential.”

Boxold, who was picked by Governor Rick Scott to succeed Ananth Prasad as transportation secretary last December, previously served as Prasad’s chief of staff and director of legislative affairs. Prior to that he served for a decade as the director of cabinet affairs for the Florida Commissioner of Agriculture.

He’s been lucky enough to be at the helm as the state invests $10 billion to his department, a record amount that’s stayed constant the past two years. He boasted about the DOT’s 3-P partnerships with business to leverage transportation projects, including the I-4  Ultimate, a massive 21-mile makeover — from west of Kirkman Road in Orange County to east of State Road 434 in Seminole County.

Boxold also boasted about the state’s embrace of connected and autonomous vehicle technology. He said statistics show that 90 percent of avoidable collisions could be avoided with such technology, so it’s a no-brainer.

The FDOT secretary began his presentation by talking about four principals that his department is working with today. The first was the competition. “Other states and countries are watching us,” he said. “And you better believe they’re doing everything they can to outpace us.”Secondly, he spoke about changes in the state and how FDOT must be able to adapt to the needs of its customers. Third is what he called a “technological tsunami” that will “fundamentally change the nature of transportation, whether we like it or not.”

And he also said that it’s simply a fact that Washington is broken, meaning that the leading role that the federal government has taken in leading the states in building and maintaining their transportation networks is simply no longer something that Tallahassee can rely on for the immediate future.