After year of disruption, America set to choose a path ahead 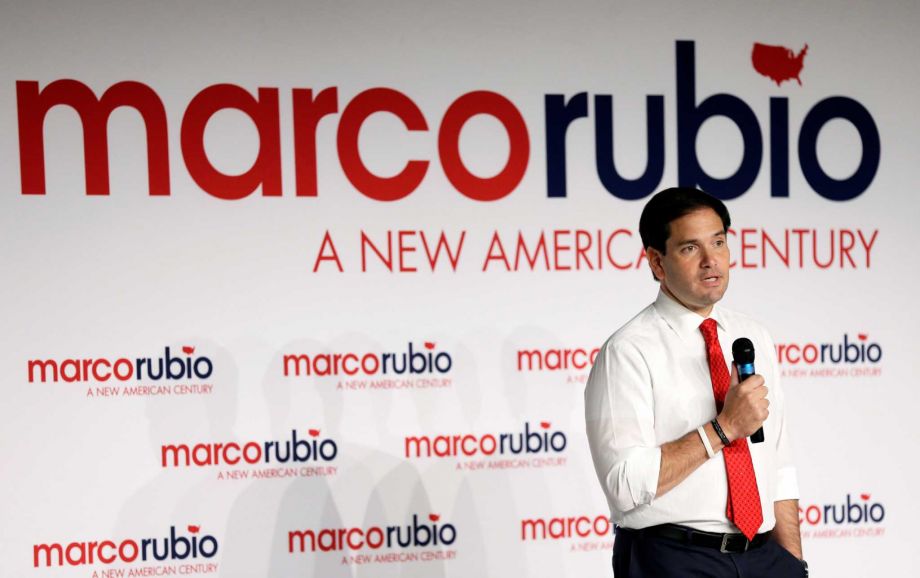 Republican presidential candidate Marco Rubio called for a more aggressive approach to Russia on Friday, including new sanctions against major officials and companies.

During an appearance at a national security forum in Iowa, the Florida senator called Russian President Vladimir Putin a “gangster and a thug,” adding “I stand by that phrasing.”

“We are barreling toward a second Cold War,” Rubio said. “The more our current president fails the test of leadership against Putin, the more important it becomes for our next president to pass it. And I will pass that test if I am given that opportunity.”

Russia began airstrikes in Syria this week. While Moscow officials maintain that they are targeting Islamic State groups and other extremists, U.S. authorities have questioned that, noting the areas hit were strongholds of rebels seeking to oust Syrian President Bashar Assad.

Rubio has been campaigning more in Iowa recently as he rises in the GOP polls and has picked up support following Wisconsin Gov. Scott Walker‘s exit from the race.

During the forum, he said that Islamic State militants in Syria should be defeated by Sunnis “on the ground,” with aviation and special forces support from the United States.

On the flood of refugees from Syria, he said it would not be easy for the United States to conduct background checks on the refugees and said a better approach would be to create a “safe zone” in Syria where they can go.

“It isn’t good for anyone … these dangerous journeys that they’re making into Europe,” Rubio said.

Rubio — who is seeking to boost the United States’ military presence around the world — also said that defense spending was not the reason for federal debt, arguing instead in favor of overhauling entitlement programs.

A spokesman for the Iowa Democratic Party questioned Rubio’s foreign policy work in Congress, noting he has missed recent votes on related issues.

In an email, Sam Lau said: “Marco Rubio believes he can ignore his national security commitments in the U.S. Senate and then lecture to Iowans about the issue.”

Rubio, who has one of the worst voting records this year in the Senate, has acknowledged missing some votes but said on ABC’s “This Week” recently that he has “tried very hard to be there as much as possible.”

He also argued that voting is only part of his job, noting that he attends committee hearings and that his office provides an array of services for his Florida constituents.