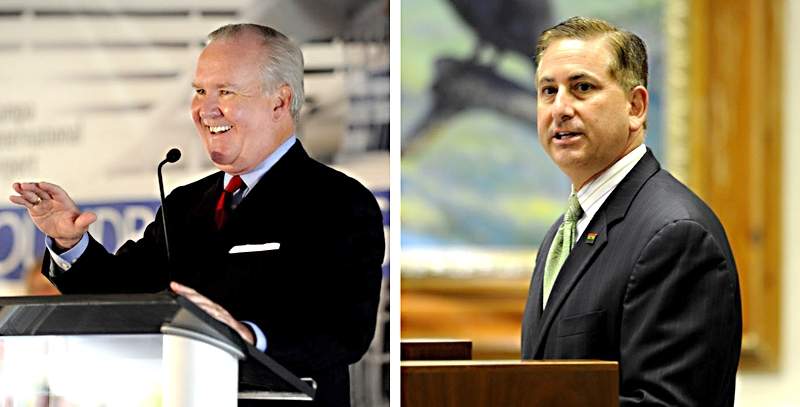 “As Mayor of the City of Tampa I am honored to support Hillary. Her proven track-record as Secretary of State, Senator, and First Lady has given her the background she needs to continue fighting for America’s children and families,” Buckhorn said with a prepared statement. “Nobody is better prepared to be the President of the United States and as the father of two daughters I can think of nobody better equipped to be a reminder to them that there are no barriers to their success.”

Buckhorn has never been shy about confessing his admiration and support for both Hillary and Bill Clinton. In fact, he chaired then-President Bill Clinton’s 1996 re-election campaign in Hillsborough County, and months ago, introduced Robbie Mook, Clinton’s campaign manager, at a fundraiser at Mis en Place.

Buckhorn’s statement came as part of a statement Friday indicating that 135 mayors across the country have endorsed Clinton, including St. Petersburg’s Rick Kriseman.

Perhaps the most significant endorsement came from New York City Mayor Bill de Blasio, who had infamously held out from endorsing the seemingly inevitable Democratic Party nominee, even though he ran her 2000 Senate campaign in New York.

“I’m proud to endorse Hillary Clinton for President. For decades, she’s been a powerful force for progressive change – from her work as a young lawyer at the Children’s Defense Fund, to taking on the big insurance companies as First Lady, to being a champion in the U.S. Senate for families struggling to get by,” de Blasio said.

“Before she entered this race, we knew that she’d be one of the most experienced and capable people ever to run for the office. The bold vision for tackling income inequality that she’s outlined in this campaign – from Universal Pre-K, to paid sick and family leave, to closing tax loopholes that benefit the rich and powerful – is exactly what our country needs now. She’ll be the most progressive Democratic nominee in my adult life, and she’ll be a President who fights each day to rebuild our middle class.”