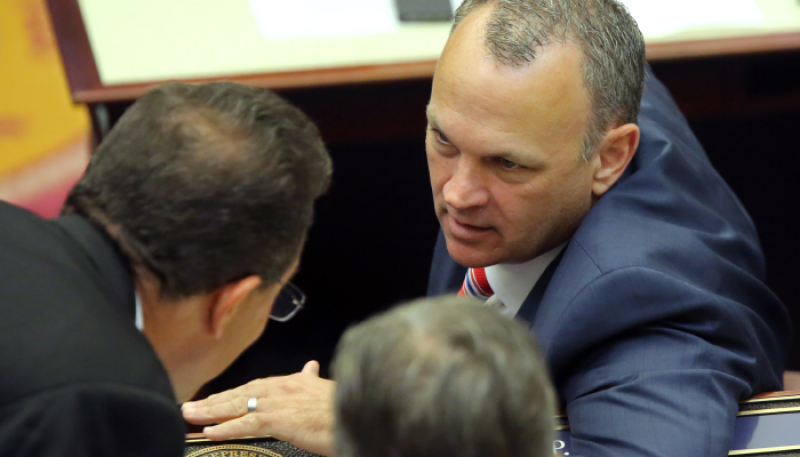 When Jeb Bush campaigns through the Sunshine State on Monday he will be joined by a powerful Florida politician many will be surprised to see at his side.

“I have known Jeb Bush for over 20 years,” Corcoran states in a release sent to FloridaPolitics.com and POLITICO. “As Governor, Jeb Bush set the standard against which all other conservatives in this state are measured – no one in Florida would argue that. Jeb Bush always stepped up and was true to his principles, even if that meant facing difficult consequences. I saw him in moments when it would have been easy to cave to the special interests and just go along with the status quo; yet he never did.”

Corcoran’s endorsement of Bush is significant for several reasons.

First, it is an endorsement from a significant Florida pol nearly a week AFTER Bush’s widely-panned debate performance. Asking Corcoran to campaign with him is the clearest sign yet that Bush has no plans to drop out of the race.

Second, Corcoran’s endorsement is an ‘Et tu, Brute’ moment: as a former top adviser to Rubio, the argument can be made that few know Rubio’s abilities — and limitations — as a leader better than Corcoran.

“He is without question, the most courageous, conservative in this race,” Corcoran said of Bush. “That’s what I want in a leader, and what I know the electorate deserves. “When the people of this country get to know the Jeb Bush that I know, they will have no doubt that he is the right choice to become the next President of the United States.”

Bush is making three appearances in the state he governed for eight years Monday, even though the Sunshine State doesn’t vote until March 15, after the first four major states in the race: Iowa, New Hampshire, Nevada and South Carolina.

The “Jeb can fix it” tour, as it’s being dubbed, begins in South Tampa at 10:30 a.m. at the Tampa Garden Club. From there, Bush, Corcoran and Co. will cross I-4 to appear at the Conductive Education Center of Orlando in Winter Park at 1 p.m. Bush then completes the day of campaigning with a town hall meeting at Kaman Aerospace in Jacksonville at 4 p.m.