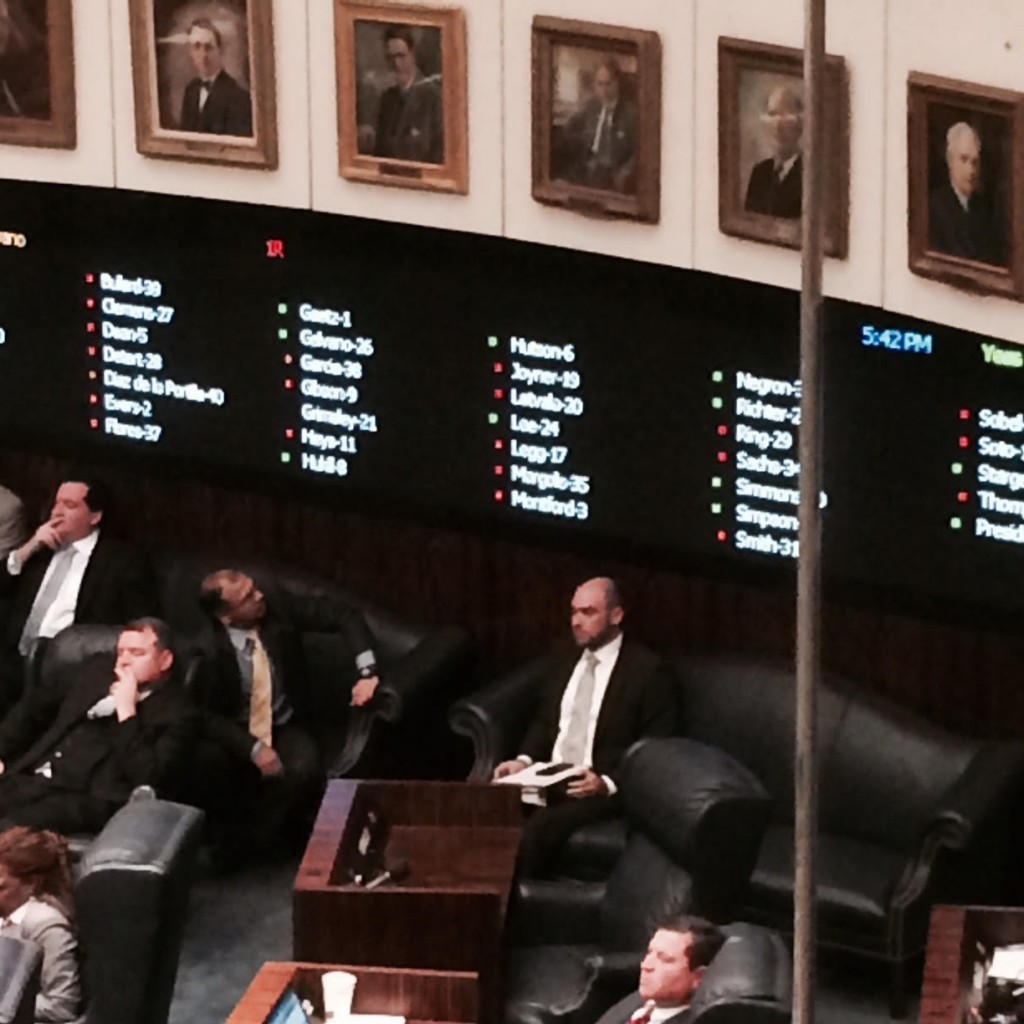 The Florida Legislature became the little engine that couldn’t on Thursday, failing to agree on a new map redrawing the state Senate districts after three weeks of trying in a Special Session.

This makes three out of four legislative sessions this year that ended in discord, this time in a redistricting session that itself likely will have cost taxpayers into the hundreds of thousands.

The failure led the House’s top Democrat to seize on the controlling GOP caucus’ “arrogance and selfishness,” as he put it, mentioning a conference process that included only the two Republican chairs of each chamber’s redistricting panels.

“This is an example of a party that got punched in the face by its own system,” said House Democratic Leader Mark Pafford of West Palm Beach. It could further add momentum to a push for an independent redistricting commission as in other states.

The matter now goes back to Circuit Judge George Reynolds of Tallahassee and ultimately the Florida Supreme Court to suss out new boundaries for the state’s 40 senatorial districts. Reynolds is set to hold a evidentiary hearing next month.

Senators put the kibosh on a joint conference report that recommended the House-approved map by a vote of 16-23, putting an early end to a session scheduled to end Friday afternoon. Every Senate Democrat and nine Republicans voted down the plan.

“We just got to the point where we couldn’t go any further,” Senate President Andy Gardiner told reporters.

But it wasn’t enough to overcome equally passionate opponents of the map, including Sen. Rene Garcia of Miami-Dade County.

In particular, the proposed South Florida districts in the House plan had caused such consternation about Hispanic voting strength that every South Florida senator voted ‘no.’

“Forget about my constituency: How can I … look my father in the eye and tell him, ‘Dad, I’m sorry (but) we lost a Hispanic seat’?” Garcia said. “Folks, I can’t do that.”

Sen. Nancy Detert, a Venice Republican, said she didn’t think she could even explain the map to her constituents. The final map was an amalgam of work by staff mapmakers, attorneys and lawmakers.

“Who drew the maps?” she said. “I don’t really know. So if the Supreme Court wants to draw the map, at least I’ll know who drew it.”

House leaders continued to heap blame on the plaintiffs who launched the court challenge that caused the Special Session.

The League of Women Voters of Florida, Common Cause and others sued, alleging the current map was gerrymandered to favor Republicans and incumbents. The Senate settled the case by admitting fault and agreeing to redraw the lines.

“I do believe the plaintiffs did not help the process along,” said House redistricting chair Jose Oliva, a Miami Lakes Republican. “I think (their) goal was to keep this in the courts,” referring to occasions when they filed their own maps late in the evening before lawmakers were scheduled to meet the next day.

David King, the attorney for the Fair Districts Coalition, named after the anti-gerrymandering constitutional amendments passed by voters in 2010, responded that lawmakers needed to “set aside their own personal interests.”

“Floridians sent a clear message to the Legislature that they wanted districts to be drawn without political favoritism,” he said in an email. “The Legislature has fought the Fair Districts amendments from the moment they were introduced.

“By blaming the amendments, rather than themselves, they are simply perpetuating their opposition to the will of the people and engaging in the very conduct that Florida voters clearly wanted to eliminate from our state.”