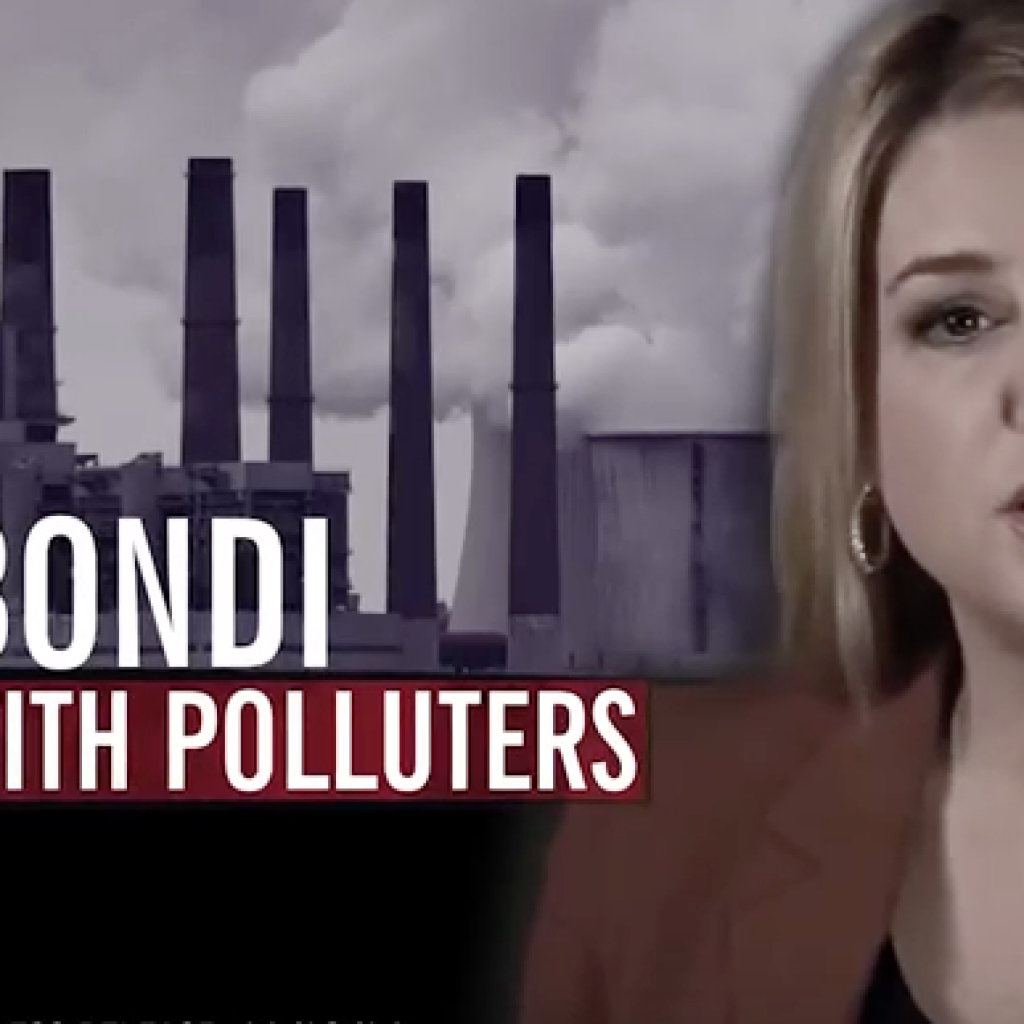 “Despite the overwhelming evidence of the clean power plants progress and the lives we’ve saved, the 4 attorney generals in Florida, Michigan, Missouri and Wisconsin are now directly interfering with the public interests in their state,” said Howard Wolfson, a senior adviser with Independence USA PAC. That’s Bloomberg’s political action committee that’s spent hundreds of millions of dollars on various progressive causes since its creation two years ago.

In August, Bondi announced she would file a lawsuit arguing rules governing the carbon emissions during startup, shutdown and malfunctioning of power plants overstep the federal government’s authority. The EPA’s proposed rules aim to drastically reduce or eliminate coal-based energy generation by reducing carbon dioxide emissions at existing power plants by an average of 32 percent by 2030

“We will not step aside while the EPA, through heavy-handed federal overreach, threatens to upend a system that the EPA has approved multiple times and has provided a consistent, reliable framework to safely provide electricity to millions of Floridians across the state,” Bondi said in a statement in August.

While the Clean Air Act gives the federal government authority to set standards regarding harmful pollutants, Bondi said it remains the states’ responsibility to determine how to implement those standards.

Independence USA PAC says it will be airing eight-figure ads targeting Bondi and the attorneys general of three other swing states, Bill Schuette of Michigan, Chris Koster of Missouri and Brad Schimel of Wisconsin, beginning this weekend.

There are 27 states in all suing the EPA.

Wolfson said that his group is targeting Bondi and the other three AGs because Florida, Missouri, Michigan and Wisconsin are all states that are relatively swing-states not dominated by one political party over another.

In 2011, the Sierra Club began its Beyond Coal campaign, funded in part by at least $80 million through Bloomberg Philanthropies, which has donated at least $80 million to the Sierra Club’s Beyond Coal campaign. Since that time, the club claims that more than 200 of the nation’s 523 coal fire powered plants have been shut down.

“These decisions were not made because of EPA rules,” former Sierra Club President Carl Pope said of  the plants that have shut down in recent years. “They were made by citizens who lived in those states, by public utility commissions, appointed to protect the interests of consumers in those states, and by the utilities themselves … but now we have a group of attorney generals  who have decided that they can stop the future, they can hold back the tide using taxpayer money and slow down the process of planning for America’s energy future.”

“Attorney generals in many states are frequently relatively unknown, relative to governors and senators and mayor, that often operate under the cover of darkness, ” said Wolfson on a conference call on Friday. “They think they can take decisions that are at odds with the interests of their constituents without anyone really noticing, and we want to make sure to shine a very bright light on the activities on these attorney generals to make sure that constituents in all four states know exactly what they are up to.”

“Florida has a great and conscientious track record of improving its air quality and protecting its environment,” said spokesperson Whitney Ray. “Now a billionaire bully is attacking Florida, and 26 other states, for having the audacity of defending their citizens against the EPA’s heavy-handed and unlawful regulations, which will drastically increase Floridians power bills— something this billionaire clearly cares little about. This bully wants to defend the federal government; we want to protect the people we serve. “

previousRon DeSantis campaigns with Trey Gowdy in The Villages Monday