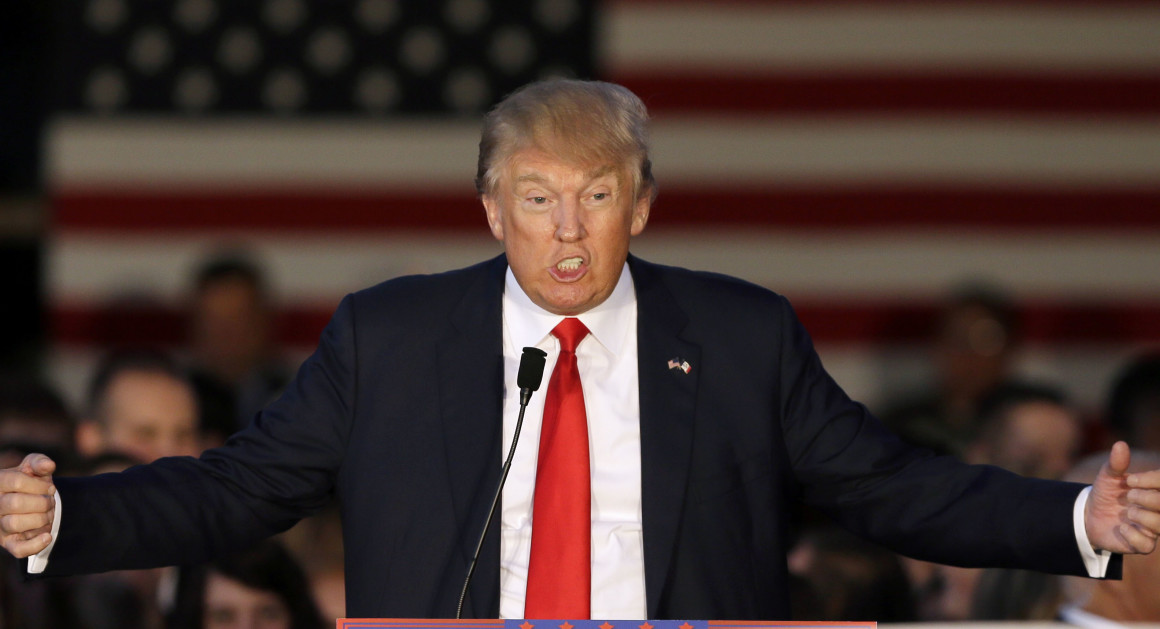 Republican presidential candidate Donald Trump says he would consider closing U.S. mosques with radical leadership because of the Paris attacks if he were elected president.

“I would hate to do it, but it’s something that you’re going to have to strongly consider,” Trump told MSNBC in a telephone interview Monday.

Trump and his rivals have been working to articulate how they would respond to last week’s attacks, which killed 129 people and left hundreds wounded.

Trump, who has been pushing for a more aggressive response, also said Americans must reassess some of their civil liberties in response to growing threats from the Islamic State group.

“We have to be much tougher,” he said in another interview on CNBC. “We are going to have to give up certain privileges that we’ve always had.”

“Surveillance took a big turn over the last 48 hours,” he said. “Forty-eight hours ago everybody was saying, ‘Well we want our freedoms, we don’t want this to happen.’ And now, all of sudden, people are saying, ‘Hey listen, you can listen to my phone conversations.'”

That surveillance, he argued, should include intelligence-gathering in and around mosques.

“Well you’re going to have to watch and study the mosques because a lot of talk is going on at the mosques,” said Trump, who complained that New York City, where he lives, has ramped down its efforts to infiltrate places of Muslim worship.

Trump appeared to be referring to the New York Police Department’s Demographics Unit, which The Associated Press reported in 2011 was spying on Muslims and mosques in the city with CIA help. The group assembled databases on where Muslims lived, shopped, worked and prayed, infiltrated Muslim student groups, put informants in mosques and monitored sermons.

The NYPD, under Mayor Bill de Blasio, said it had abandoned the program in April 2014 after lawsuits and complaints.

Trump told a weekend rally that the outcome in Paris would have been different had the attack victims been carrying firearms. He repeated that assertion in the CNBC telephone interview.

Trump criticized President Barack Obama for not moving earlier to destroy the Islamic State sites that France bombed over the weekend. He said the U.S. should be going more aggressively after the group’s oil and financing and pressing other countries to intensify their fighting against the radicals.